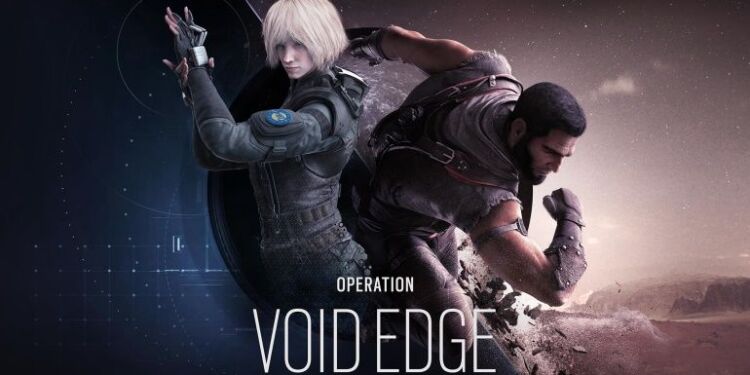 Easy to say, it’s been five years since Tom Clancy‘s Rainbow Six Siege came out. Now it goes one step further with Operation Void Edge. There are also many tournaments of the production, which is loved and followed by many game enthusiasts. It also provided continuity with the new content offered to the game every three months. Of course, when it comes to the 5th year, it would possible to imagine that Ubisoft will make a great update. The company brings two new operators and an updated Oregon map to the game with Operation Void Edge. We also had the chance to try these innovations a few days before the announcement. In this article, we will talk about future innovations with Operation Vaid Edge. By the way, Rainbow Six: Siege will go one step further with Operation Void Edge.

These innovations, which announced at the Six Invitational 2020 event held in Montreal today, will be released on all three platforms (Windows, PS4, and XB1) in the next month. Let’s take a closer look at our new operators, Oryx and Iana.

Our first operator is ORYX. As if there is no obstacle that their muscles cannot beat. The Jordanian operator is able to run at higher speeds than others have. ORYX, which we will use in the defense line, has enough intelligence to throw his opponents on the ground with a shoulder blow. With this power, even shielded opponents cannot stand against him. He also breaks down thin walls or barricades with a shoulder blow. Unfortunately, all this has a price. A person who uses so much of his body, of course, suffers while doing them. Because of this, the use of this feature may not end well when the health is low.

You can use this instant running feature several times in a row. However, this also has a certain duration. When you fill that period, you have to wait for it to be active again. Also, this attack feature of ORYX is not unstoppable. He can not resist the Nomad’s Airjab and Girdlock’s Trax Stringers features. You must have understood that ORYX is actually a pine crack from what I’ve told you so far. This is one of the elements that make it an open target. In short, his abilities are gathered on speed and power.

Before the next operator, there is one more last thing that you should know about ORYX. He can jump to a room or area above. In this way, he can switch between floors in buildings. Of course, someone else in his team might have to think about it on his behalf. The combination of MP5 and USP 40 will make him a deadly killer.

Operation Void Edge does not bypass the line of attack, while adds an operator to the line of defense, Our second new operator, Dutch IANA, is the opposite of ORYX. IANA is also great at defeating her opponents by using her intelligence but she is very delicate. By creating her hologram that looks exactly the same as herself, she can wander around easily, gather information about enemies, and more importantly, fool easily. With its simplest example, she can chase herself to the enemy with her hologram. She can comfortably hunt her enemy at the point where the opponent won’t notice her, maybe from behind the door, or maybe under the table. In fact, there is no reason why she should not lure the enemy group into a trap surrounded by her teammates. Apart from these, you can climb stairs or jump over the fence with her hologram.

While in hologram mode, only the real state that you see what the hologram sees can be vulnerable. In this case, your teammates will be good to protect you. You will not be able to attack in the hologram mode, but will greatly reduce your opponent’s chances of survival. In addition, you do not get trapped by your competitors. But you need to know that this can also create a disadvantage. Because some of the enemies can understand that what they see is a hologram. You must know that your hologram is very flimsy. Because a bullet or electric shock can destroy it. With the Evil Eye feature, Maestro can detect body temperatures. This will enable him to easily understand whether he is seeing IANA or her hologram.

IANA will be more deadly with ARX200 or GC36 rifles and MK19 and will be one of the preferred operators. Of course, it is also useful to know that the hologram is not infinite. It also has a certain charging time.

Both of our new operators will add great fun to the game. However, Ubisoft thought that playing only with new operators cannot satisfy us. It also overhauled Oregon, one of Siege’s most beloved maps. Especially in order to give more space to the players, some areas have been added or rearranged. The bombed area in the dining room on the map was also removed and more areas were opened for players. In addition, the small office area in the tower was expanded and new floors and rooms were added. There are also new ways added. A direct connection to the kitchen is provided by the big tower. In this way, you can pass without visiting the meeting room.

Operation Void Edge brings some innovations that will regulate game mechanics. In this way, it is aimed that you can take more consistent and faster action.

With these updates, the map will be available for all gamers as soon as Operation Void Edge is released. ORYX and IANA will come to the 5th Year Members (year five pass owner) at the beginning of the game. Other players will be able to purchase the new operators for six credits.