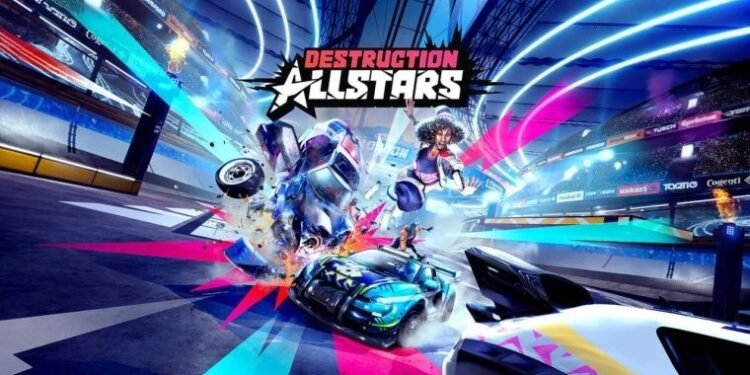 The gameplay video of Destruction AllStars, the vehicle-based war game developed and published by Lucid Games, has been released. Details are in our news.

The gameplay video of Destruction AllStars, the vehicle-based war game developed and published by Lucid Games, has been released. Destruction AllStars, one of the games announced at the “Future of Games” event where Sony introduced the PlayStation 5 console. Developed by UK-based game studio Lucid Games, the game offers a Rocket League-like vehicle experience in a futuristic arena. When we look at the game’s published gameplay video, we see that the characters in the game introduced. In the trailer, which shows both in-vehicle and out-of-vehicle action scenes, the game mechanics of the characters also included. The gameplay video of Destruction AllStars, which is about 2 minutes long, brings a colorful look to the battlefield. You can take a look at the published video below.

In addition, the game has 4 different game modes. Mayhem looks like a classic deathmatch mode. In this game mode, which can play both alone and as a team. Besides, the player with the highest score wins the game. Carnado, on the other hand, appears as a risk and reward oriented game mode. In this mode, which has similar features to Mayhem, you may have to sacrifice your vehicle if you want to earn more points. This can be played both alone and as a team. A stockpile can only be played as a team. The aim of this mode is to capture and control certain areas. In Gridfall, 16 vehicles will enter the scene, but only one will win the arena. If you want to survive in this mode, you will need to use all your in-game skills. The gameplay video of Destruction AllStars, which is about 2 minutes long, brings a colorful look to the battlefield to gamers.

The gameplay video of Destruction AllStars, the vehicle-based war game developed and published by Lucid Games, has been released. Also, stars and vehicles collide in Destruction AllStars, which has become a worldwide phenomenon. Besides, you dominate the arena in Destruction AllStars, the most popular sporting event for dangerous racers. Master the intense, vehicle-based combat system with your timing, tactics, and skill to wreak havoc, destruction, and mayhem in arenas around the world. Whether you get behind the wheel and wreak havoc, get out of the vehicle and avoid attacks, hijack vehicles, sabotage vehicles using abilities, or create enough chaos to power up your AllStars’ unique hero vehicles full of special abilities. The Destruction team, made up of 16 famous AllStars, eagerly awaits the competition for fun and destruction. In the game where the action flows like water, you will participate in unpredictable competitions and fight to become the Champion of the Global Destruction Federation.