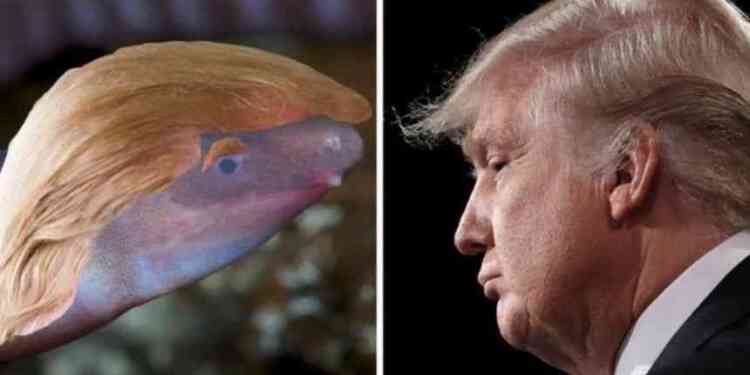 Despite the importance of climate change in recent years, US Prime Minister Doland Trump. Who ignored the issue and ignored the situation every time, became the eponym of the amphibian discovered in Panama: Dermorphis donaldtrumpi. According to the BBC’s news, the ones who named the creature which buries its head in the sand. It inspired by Donald Trump ignoring climate change. Trump’s namesake is an amphibian meaning that it can live both in water and land.

The company said it wanted to raise awareness about climate change. “[Dermophis donaldtrumpi] is particularly susceptible to the impacts of climate change. And is therefore in danger of becoming extinct as a direct result of its namesake’s climate policies,” said. EnviroBuild co-founder Aidan Bell in a statement.

Bell established the link between the US President and this creature: “It is the perfect name. Caecilian is taken from the Latin caecus, meaning ‘blind’, perfectly mirroring the strategic vision of President Trump. And he consistently showed towards climate change.” A newly discovered amphibian that buries its head in the sand has named after him. Apparently in response to his comments about climate change.

The Dermophis donaldtrumpi, which discovered in Panama, named by the head of a company that had bid $25,000 (£19,800) at auction for the privilege. Barack Obama boasts the title of being the most commemorated of all US presidents in scientific names. Also with 14 different species named after him.

These include a trapdoor spider from California (Aptostichus barackobamai). And a small coral fish from his native state of Hawaii (Tosanoides obama). The fish has a small dot on the dorsal fin which reminded researchers of Mr. Obama’s presidential campaign logo.

Trump gave an interview to CBS television in October and said: “(About climate change) I think something’s happening. Something’s changing and it’ll change back again, I don’t think it’s a hoax. I think there’s probably a difference. But I don’t know that it’s manmade,”