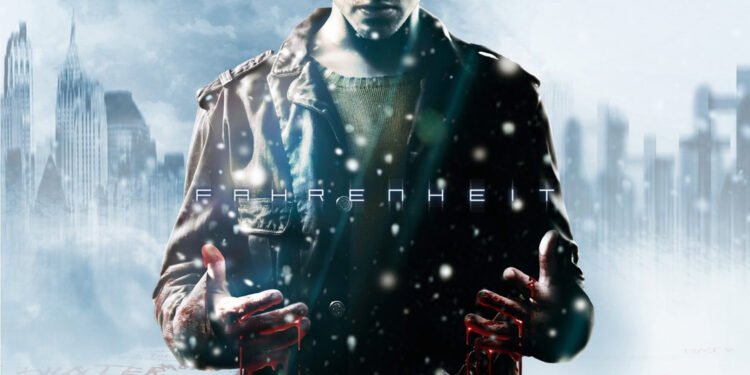 Publisher Meridiem Games has announced that it affiliates with Quantic Dream to release a physical Fahrenheit anniversary edition of classic mystery game.

Publisher Meridiem Games has announced that it affiliates with Quantic Dream to release a physical Fahrenheit anniversary edition of classic murder mystery Fahrenheit. Fahrenheit: Indigo Prophecy will release to celebrate the game’s 15th anniversary on the PS4 next month. This boxed version will contain the 2016 remastered version of the original 2005 game. Also, it will contain a “high quality” printed art book and a thank-you letter from the team at Quantic Dream who would later go on to make Heavy Rain, Beyond: Two Souls and most recently Detroit: Become Human.

Speaking of plot, Fahrenheit tells the story of Lucas Kane. He comes to a diner after having inexplicably murdered a man in cold blood with no memory of the act. As he tries to work out what happened, police detectives Carla Valenti and Tyler Miles hunt him. He is the person who you will also get to play as the game progresses. The story only gets weirder from there is a bit of an understatement. To celebrate the release date, Meridiem Games has also published a short video. So, Fahrenheit: 15th Anniversary Edition will be available in shops across Europe and Australia from December 15.

Fahrenheit is an action-adventure game with a third and also first-person perspective. The main controllable characters are Lucas Kane, a man supernaturally possessed into committing murder. New York City police detectives Carla Valenti and Tyler Miles, who pursue him; Lucas’ brother Markus is occasionally playable. Story details can change. Three endings are unlockable depending on what the player does. It includes managing the protagonists’ state of mind and pressing on-screen prompts. The left analogue stick is for movement, the right one will trigger actions like dialogue choices or grabbing objects. Both are useful to summon Lucas’ paranormal abilities.