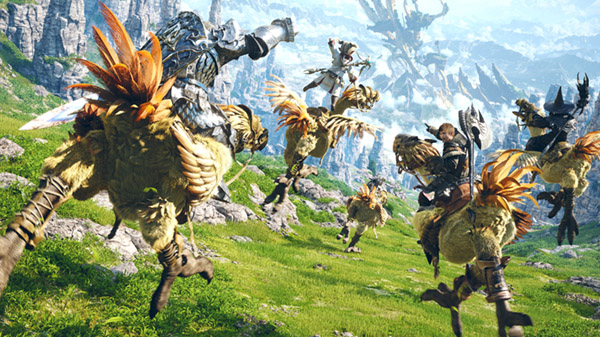 Square Enix announced that the Final Fantasy XIV PS5 version will be released on May 25. Additionally, the game will offer faster loading times, 4K resolution support, a high-resolution user interface, tactile feedback feature of the DualSense controller, new trophies, and 3D audio support in PlayStation 5 Besides that, the 5.55 update of the game is coming on May 25.

Final Fantasy XIV PS5 Version Update 5.55 will bring the second part of the Death Unto Dawn main scenario, updates to Save the Queen missions, final missions of YoRHa: Dark Apocalypse, and rewards for those who collect all Triple Triad cards.

Final Fantasy XIV, the massively multiplayer online role-playing game with more than 22 million registered players, is currently available on PlayStation 4, PC, and Mac. Also, Square Enix announced that the Final Fantasy XIV PS5 version will be released on May 25.

Finally, don’t forget to include your thoughts on the Final Fantasy XIV PS5 Version in the comments below.