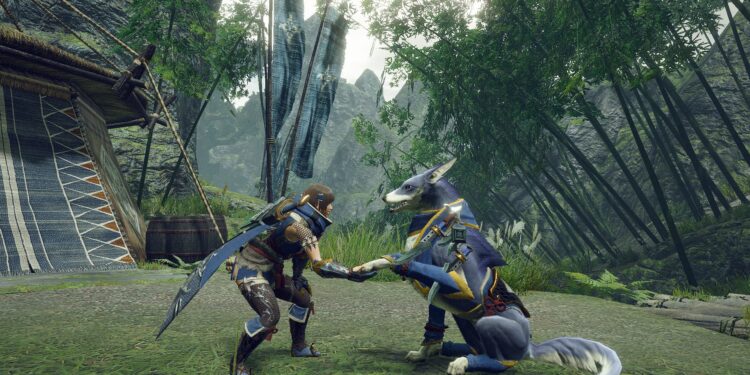 Monster Hunter Rise[a] is an action role-playing game developed and published by Capcom. The game released for the Nintendo Switch. In Monster Hunter Rise, the player takes the role of a Hunter. The aim of the hunter is to slay or trap large monsters using a variety of weapons, tools, and environmental features. The game uses the same seamless map approach introduced in Monster Hunter: World. The game features both single player and local and online multiplayer modes with up to four hunters in a group.

Monster Hunter Rise released worldwide for Switch on March 26, and surpassed four million shipments and digital sales on March 29. A PC version is scheduled to be released in early 2022.