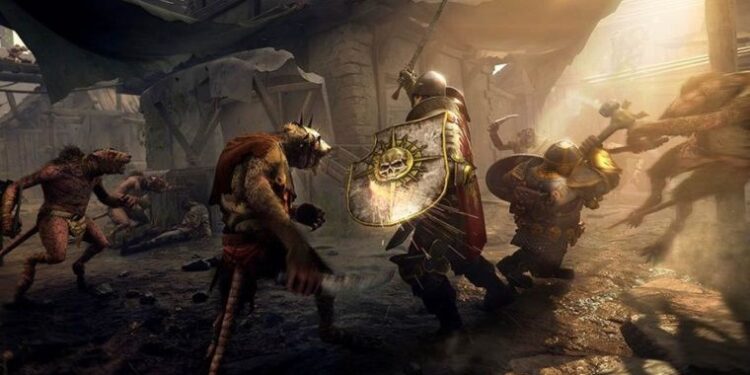 Warhammer Vermintide 2, developed by Fatshark, is free for a week on Steam to celebrate the fifth anniversary of the series.

Warhammer Vermintide 2, the sequel to the much-loved Warhammer End Times Vermintide game developed by Fatshark, is free for a week on Steam. You can play the last game of the series. It has developed in the five years since the first game released, for free until November 2, 2020. It will also be on sale while it’s free.

Warhammer: Vermintide 2 Free on Steam For a Week

Warhammer Vermintide 2 is an RPG game that stands out with its chaotic structure and magnificent level designs. The game, which we can play with characters from the four classes we know from the Warhammer universe, gets more and more choppy as it progresses. When all four classes reach certain levels, other sub-classes open up, leaving as much space as they want for the actors who want to play in each role. If you want, you can be a dwarf who confronts waves of enemies and protects your team against boss enemies, or you can be a dwarf who kills them all by swinging two axes with his braided hair. I can recommend this game that you will not understand how the hours pass while playing.

Fatshark made major changes in the second game, which he released after the first game Warhammer End Times Vermintide. The RPG aspect of the game got stronger, the variety of enemies increased, and the servers improved. Now, after five years of not understanding how it went, the game distributed free of charge. From today, you can play the game for six days, if you like, you can buy the game for a reasonable price. The additional packs for the game and the story all adorn the store with attractive discounts, giving you something to do with community events and quests.

A first-person action game developed and published by Fatshark. It published as a sequel to Warhammer: End Times Vermintide, which first released in 2015. The game, released on February 23, 2018, developed using the Bitsquid engine. Can play with bots or with real players in cooperative game mode with up to four people. Released for Microsoft Windows for PC, PlayStation 4, and Xbox One for consoles. The game released to consoles a few months after it was for PC has a popular game on all platforms. What do you think about the game? You can share it in the comments.