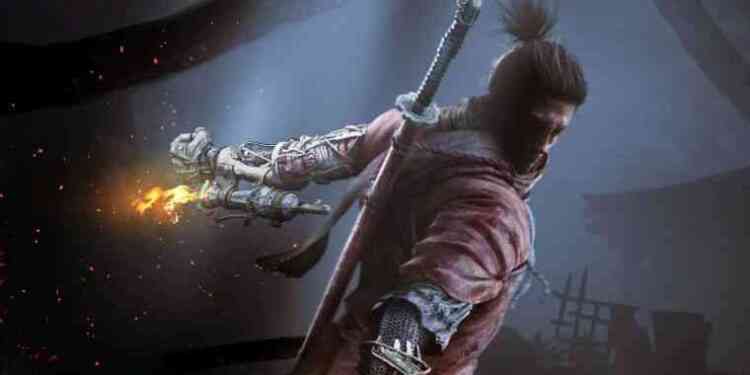 After achieving great success with the Demon’s Souls series, From Software reached their popularity peak with Dark Souls and Bloodborne. At first, company intended to develop a new game of a Playstation 1 legendary series Tenchu, but then has decided to continue on its way with Sekiro: Shadow Die Twice, a brand new Ninja-themed action game. We had the chance to try the new game of From Software at Gamescom. We also have a lot of reasons to get excited based on the developer’s explanations. 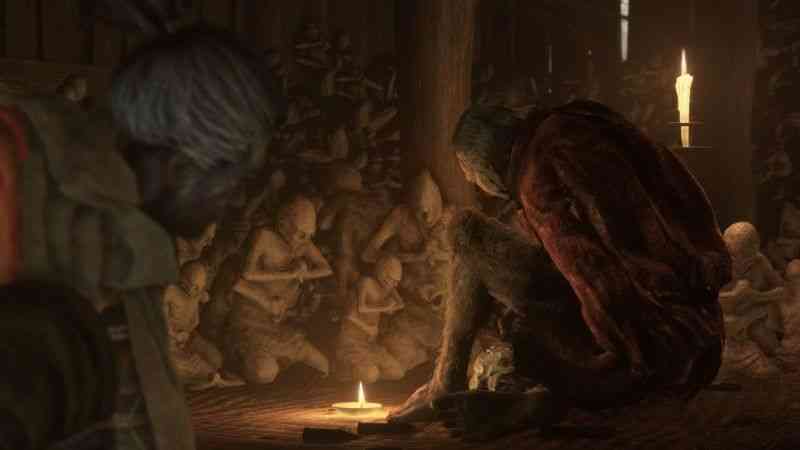 The story of Sekiro: Shadow Die Twice sets in the Sengoku era when the feudal lords fought in the 16th century of Japan. Our main character cannot protect the young lord who is the leader of his own clan from the onslaught of Ashina clan resulting his lord being kidnapped. The samurai, the leader of the Ashina clan, chops off the arm of our main character with the sword in this fight. Our character, who is left behind to die, is found by a “busshi” monk that sculptures Buddha statues. Calling our main character “one-armed wolf”, meaning Sekiro, this monk makes him a prosthetic arm that is stronger than his normal arm. With this arm, our main character will mount different tools to his arm and cause great suffering to their enemies.

Hidetaka Miyazaki, who is the creator of Souls series, intends to give us very compelling game that we will die many times. Although Sekiro will take features like difficulty and discovery from the Souls series, it is a completely different game in a structural sense. Sekiro is an adventure game without RPG features. There will be a explicit scenario which does not change much due to our choices, and a main character and a limited amount of weapons in the game. In other words, we will not have the chance to improve characters and weapons, or choose from dozens of different armor. From Software seems to be afraid of that their name will stick to a particular type of game, so that they keep telling us Sekiro is a completely different game. 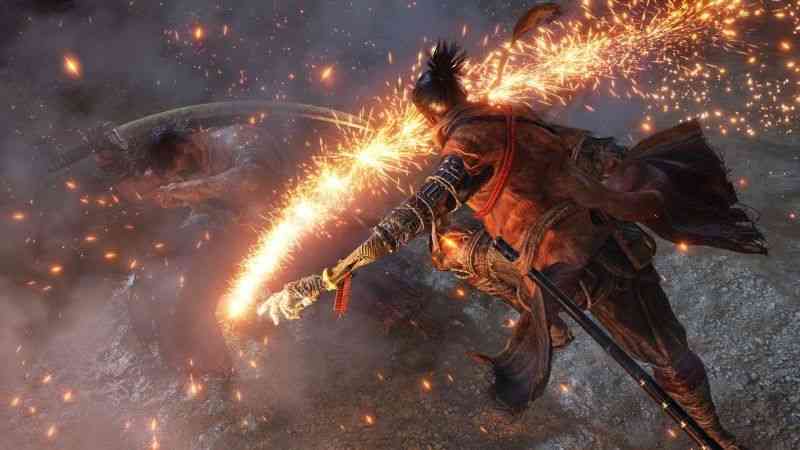 First of all, let us emphasize that Sekiro has an open world structure. From Software says that we will be much more free from the Souls series, and that we can move between episodes without restrictions. Nevertheless, I would recommend that you should not expect it to be as free as Skyrim. According to the statements, most of the game will take place in rural areas. In the following parts of the game we will have the chance to step into the big cities. In the first videos we see a more colorful world than the Souls series had. It is not that frightening to walk around the snow-covered castles, the red leaves of the trees, and in a cold winter’s day when sunlight strikes. Of course, the developers said that we are going to face more spooky episodes as we progress in te game.

The episodes are designed not only horizontally but also vertically. Our main character has the chance to reach the hills of the houses, the branches of the trees with a hook. It won’t hurt to jump from the top of a house or a tree. One of the reasons why From Software designed the episodes vertically is to increase the sense of discovery. Probably we’ll investigate the rooftops to find hidden items and find a hidden place jumping from tree to tree.

It will not be easy to catch up with the action 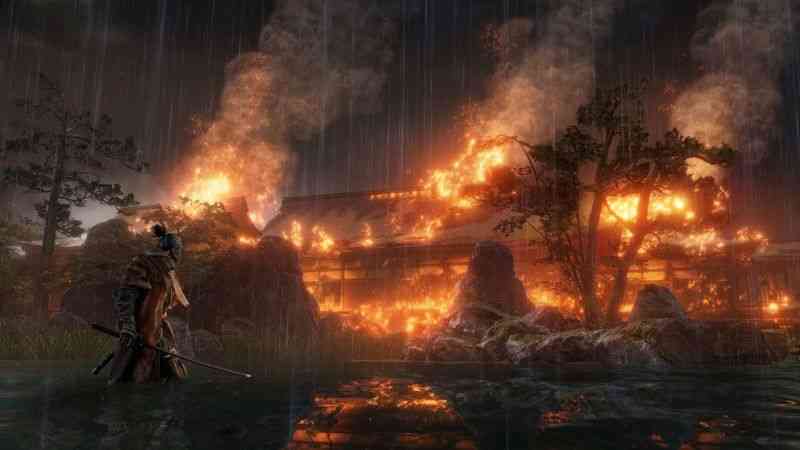 Those who play Dark Souls and Bloodborne always know that your one hand is on the defense key. In Sekiro, we will face an endless action. Our main weapon in the game will be our sword. We think we’ll have a chance to use a few different swords, but it seems like there aren’t any major weapons other than that. The sword fights will be the main combat mechanics of the game. To be honest, I got a feeling that I was playing a Tekken-style fighting game. Hand and eye coordination, speed, instant reaction are really important. Moreover, depending on whether you step forward or backward, jumping into the air more or less, you can make different kinds of attacks. It can take a lot of time to become too specialized and learn about the attacks.

The most important thing that we should pay attention to is to not lose our stance while sword fights. Stance mechanics replaces “stamina” mechanics in this game. There is a chart on the screen that shows both you and the enemy’s “stance” power. With every successful strike of the enemy, or every successful defense you make, the stance power of the enemy is diminishing. Finally, he loses his stance and becomes defenseless. At this time, your attacks deals damage to the enemy heavily. The bad thing is that the enemy can consume your posture power too. Therefore, you should refrain from throwing a sword to the enemy thoughtlessly. Considering that the enemies do a good job in defense, you have to think over and over again before attacking. Fortunately, there are other ways to kill enemies.

First of all we can attach to our prosthesis arm a hook, flame sprayer, axe, a cone-shaped shield with temporary use and fireworks that we can spray on the ground. In addition to climbing to the high places with the hook, we will be able to hold on to the mounted enemies or giant bosses and make different attack patterns. The flame sprayer acts as a flamethrower that burns the enemies, but also can fire up our sword for a short time. The axe will be our greatest help to break the shield of the enemies or to attack them heavily. Let us note that we will only use this weapon with our left arm, so we cannot use it instead of the sword. There isn’t much detail from the shield that seems like a stick when it is closed, but it takes the shape of an umbrella when it’s open. Finally, the fireworks we throw on the ground will be our greatest help to stun dogs and mounted enemies.

Are you already tired of all these action and tactics? Then let’s say that you can kill enemies with stealth in Sekiro. You can jump from the rooftops onto the enemy, approach from behind, sneak down on the wall, sneak through the bushes and kill enemies in one swing. While the stealth mechanics in the game are incredibly useful in terms of functionality, From Software has to solve artificial intelligence issue until the game is released. At the Gamescom demo, sometimes the enemies did not react when they had to see us. We hope that they did not want us to suffer much in limited time at Gamescom and lowered the difficulity settings. 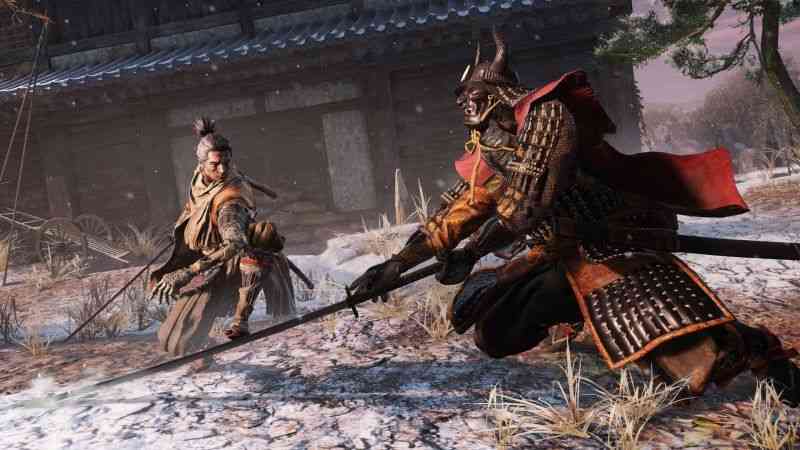 One of the things I liked the most about fights is that there are some alternatives in boss battles. For example, in the boss battle called “Corrupted Monk”, it was possible to jump on the surrounding trees to avoid attacks while fighting over the bridge. In addition, we need to fight in stealth for some giant bosses (for example, a giant snake).

From Software has added an interesting mechanic to this game that is full of action. It is possible to resurrect when we die while fighting with enemies in the game. This system gives us a second chance and can be used as a tactic. While the enemy, who thinks we’re dead, leaving, we can approach from behind and stab our sword on his back. Seems that it’s not going to be possible to use this mechanics in boss battles, but it’s a great way to fight the mini-bosses that are particularly challenging. We all went crazy because we died somehow and the boss had only ONE attack to be f-ing dead. I feel you brother. 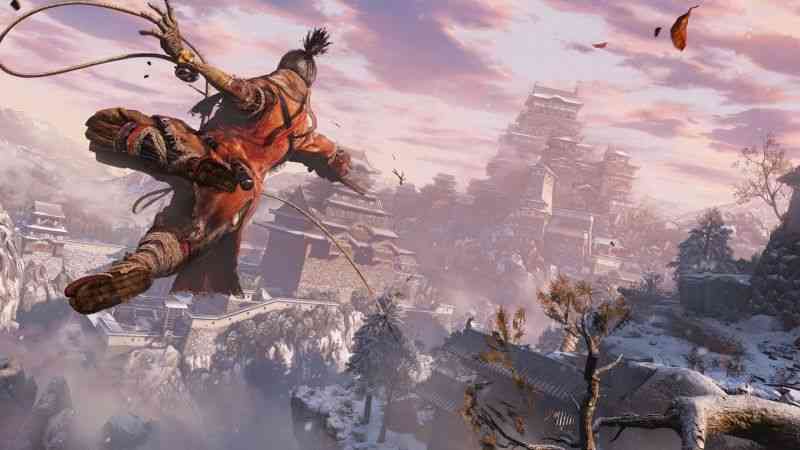 Although I approached this mechanics with suspicion, I saw that the system works very well in the demo at Gamescom. Also no need to worry, the option of resurrection is limited.

From Software has won the respect of the players and the game authorities with their first-class games in recent years. I think they will maintain this success with Sekiro: Shadow Die Twice. It looks like they will come up with a game that is compelling and have a depth of episode design, a sense of mystery and discovery. They simply showed us that they are confident with this game, which release date is far far away, by going to Gamescom. If you liked the Souls series, Sekiro has already entered your radar. If you are interested in games like Tenchu-Ninja Gaiden and want to stay away from RPGs, I suggest you follow this game closely.