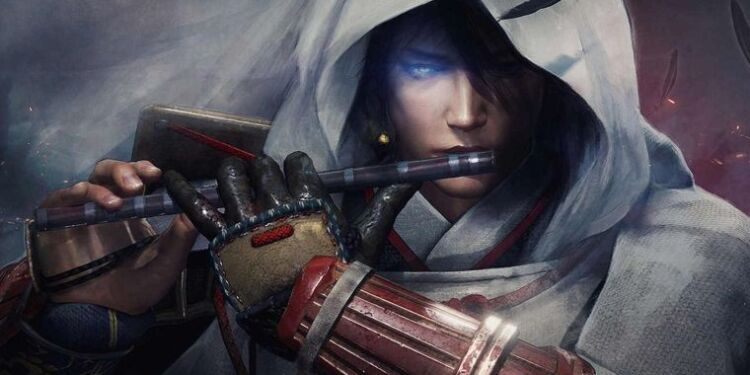 Nioh 2, The Tengu’s Disciple Review: We spoke well of Nioh 2, it is one of the best examples in souls-like games created by From Software. It thrived the built system of the first game, it improved story-telling, and it achieved to be an absorbing game that took the player’s long times’ thanks to the enjoyable game experience. So, is Tengu’s Discipline ( the first DLC pack of Nioh 2) worth a buy on account of some innovations?

Back to the Past

The Tengu’s Disciple takes back to us 400 hundred ago, the end of the Heian period. The character finds himself in the war field when s/he touches an old flute where is on the altar. We meet Minamoto no Yoshitsune who is one of the most famous warriors in those days and his sidekick Benkei who is a warrior priest, and later we try to puzzle over the connection between the character and them.

DLC pack adds ten new mission which two of them have main mission stories. The other eight tasks include submissions and boss-fights for ones to repeat. To enter the first DLC mission called “A Song to Calm the Storm” needs completing the main story of Nioh 2. Moreover, the lowest level for tasks is 120. So; if get involving to the story directly as possible, it would not be wise.

I can say, it was a successful content although the game has the only two-story mission, and this situation appears disappointed at first glance. In the first mission where takes places in a beach; after the character marches on ruins of a submerged ship, he meets warrior-priest Benkei, and both of them attend Yoshithune who uses the same sword with us. Afterwards, the first mission, the game takes us future time swiftly, and we are in the date that Yoshitsune was deceived and abused by his security blanket. The mission starts in the bamboo forests, and we try to the temple that Yoshitsune shelters via mine roads.

The new episodes have many territories to take joyful time. The maps for main and submissions created wisely. Although it is possible to struggle with the last enemy of the episode fastly for ones who do not wander in the maps, we can do many things with even one map (new roads, hided spirits and some properties to collect)

I have something on my mind, but I am not sure whether it is a negative aspect or not. While playing some episodes, I thought that “Nioh 1 also had this episode, beside Nioh 2!”. I felt that some places like ships scene, mine-roads and one of the boss-fights were the same with a first game. Even though the areas of the two plays are not the same, we can see similar details. Nevertheless, I don’t find this similarity as a negative characteristic.

The Warrior Needs A New Gun

Splitstaff that seems to be an ordinary stick provides onslaught to enemy thanks to two sectional edges. At first sight, this gun that reminds me Lunar Staff (I have met in Ninja Gaiden 2 by Team Ninja), separates from sides and flies a nunchaku; so it is a very successful object to run out of enemies. The only problem about this gun is taking apart in the “magic” category. It may be thought this gun used by warrior-priest originated from magic stuff, and they used to fight with this gun. I mean, that is to say, Splitstaff does not have any “magical” characteristic. I advise you to use this gun; it is very pratic and joyful.

New enemies? Oh, sure. We have new guns, but challenging things, we have new enemies. Almost the all enemies of Nioh 2 consist of devils coming from Japan mythology. Not having various enemies to keep this Japan concept is a polemical issue, this preservability makes a scene by players for Nioh 2. Tengu’s Disciple also has the same problem with enemies.

While struggling new enemies in the 3 of 4 boss-fights coming with DLC, advanced/more challenged enemy from the first game appears in the submission. Between the enemies, it added only the weakest points harm crabs that transform their faces with characters after the attack and them. Also, it is added a floppy yokai called Nuppeppo. We meet evolved Nioh 2 enemies, and we go on struggling with Yokais, related “Gaki” and the most frustrating enemy in the game.

Both you have completed DLC pack and Dream of Strong which is NG+ mode. So, it is time to started Dream of the Demon that along with the additional package. Dream of the Demon is called NG++ mode. It has an opportunity of new experience; more strong enemies, more talented types of equipment and changed order of enemies. However, make sure to be ready for a fight—the first mission’s recommended level in the NG++ mode identified at level 250. Additionally, the maximum level limit increased via this mode.

Another mode that everyone can play with a free update is Demon Parade Picture Scroll, although it was released together with DLC. While playing in NG+ and NG++ modes, parchments that can drop from enemies, they enable to open new mission on the map. When completing this mission, parchments become an object to use for the character.

Although DLC pack seems to offer little things like some ninjas, some magic techniques, ten mission and three new bosses; it adds new content to the games to take at least 10 hours. Taking into consideration that ıt has Dream of the Demon and free Demon Parade modes, we can say is it a quite full pack. As Team Ninja do like Nioh; if we think that this game will have 3 DLC pack and more content, it may be logical to buy Nioh 2 Season Pass cost 12,98 € instead of buying The Tengu’s Disciple (cost 5.1 €) merely. Thus, you can get the opportunity of observing the whole story started by DLC. Hope you enjoyed our Nioh 2 The Tengu’s Disciple review. You can read our Nioh 2 review before you start the DLC. 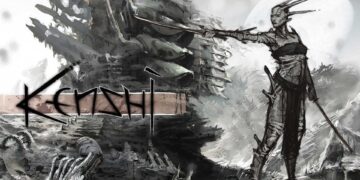