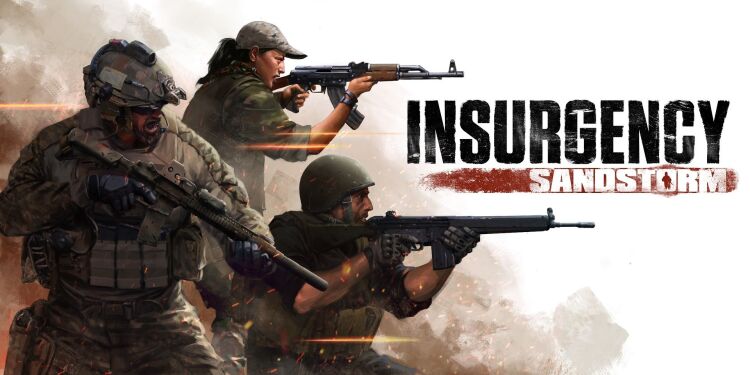 FPS genre is not changed too much even after 26 years. We are still running with rifles, swords, bows, staves and more and killing a bunch of bad guys. There are very few games that actually tried something to change the genre. We are still seeing the same Call of Duty games, same Battlefield’s every year. Personally, I am started to get boring with the games likes this. Even with the dynamics of multiplayer, we keep doing the same thing over and over again. So let’s have a look at our Insurgency: Sandstorm review.

But there are some developers actually which gives me some hope. One of them is New World Interactive. When they released the first Insurgency game, I wasn’t even aware that it might be that good. As a gamer who plays FPS games for more than 25 years, it was the first time I realized I might like the more realistic shooters. After playing the first game for more than a thousand hours, I was able to see that the New World is no less capable of giving me fun as DICE, Bungie or EA games. I also realized that developing a game doesn’t need hundreds of millions of dollars to be good. 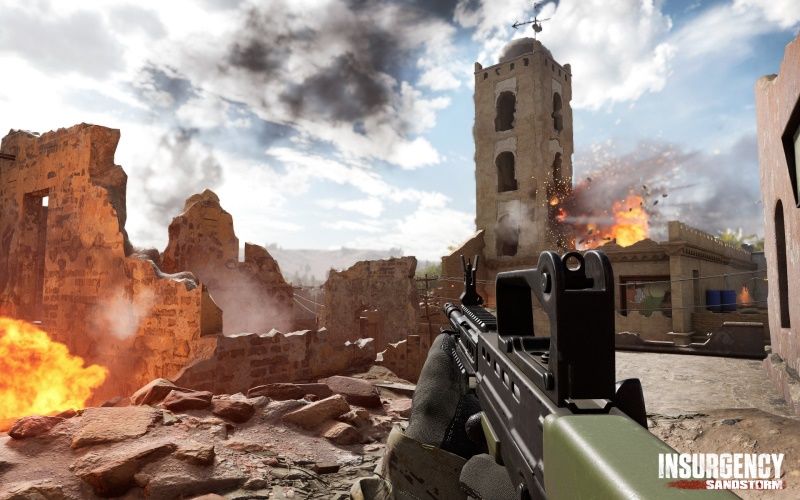 2 Years ago, on February 23th, 2016, New World Interactive surprised us with the announcement of their new game Insurgency: Sandstorm. This time, the company choose Unreal Engine 4 instead of dated Source Engine and promised us great visuals and atmosphere. After two years of development, New World finally released the first alpha test of Insurgency: Sandstorm on 2018, then waiting for the game was finally over and I was able to get my hands on it. In the very first moments of my playthrough, the first thing I was realized that is how the visuals are improved from previous games. With the power of Unreal Engine 4, developers at New World Interactive able to realize their visions into the new game. But, there are more than visuals, the gameplay is the same and balanced just like the first one.

With the power of Unreal Engine 4, developers at New World Interactive able to realize their visions in the new game

After the months of alpha and beta tests, Insurgency: Sandstorm finally released with many updates, new features, optimizations, and new contents. And today, we will look to the game and talk about why its important for the whole genre.

As I said before, Insurgency: Sandstorm is able to catch a nice spot between arcade and realistic gameplay. Even with the feeling of movement, crouch and lying animations, you can experience this uniqueness. The feel that makes Insurgency: Sandstorm so different is hiding behind this balance. When you play the game, you are neither feeling that boredom of pure simulation FPS games like ARMA or Squad, nor the mind-blowing action of Call of Duty or Battlefield games. Everything is, as Thanos said, “Perfectly balanced, as all things should be.”

There are also some features that make Insurgency: Sandstorm so special. Like the reload system. In usual FPS games, after we fire some bullets, like muscle memory, we always try to reload as soon as we can. But in Sandstorm, you can’t do that. The reason is you can’t even be sure how much ammo left in your clip, and the reload will not be as fast as other games. So, you might be dead before reloading. But there are some mechanics that make this reload sequence so different and unique. Let’s get into details. 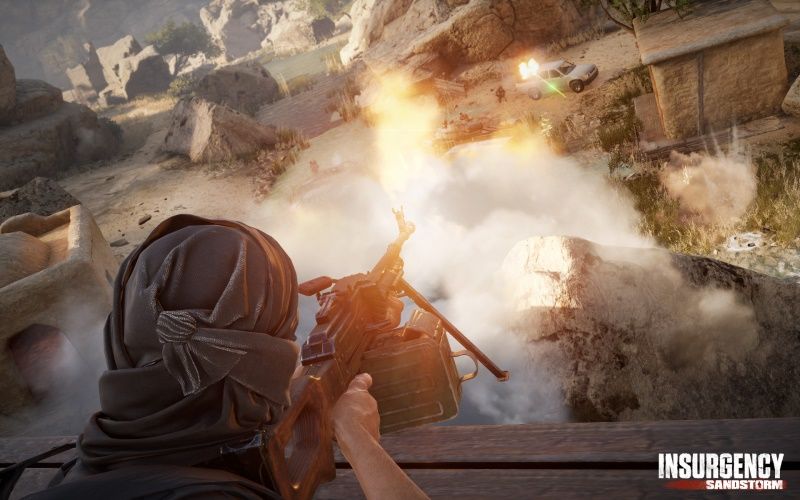 There are two different reload solutions in Insurgency: Sandstorm. One of them is slow but efficient, the other one is fast but wastes the remaining bullets left in the clip. By the way, yes! When you reload your weapon, the bullets left in the clip will not magically be added into your ammunition. When you find your self in a situation in Sandstorm which you need firepower as soon as possible but only a few bullets left in your clip, you can double-tap to R button to eject the clip and place a new as fast as you can. Or if you have enough time, you can single tap to R, eject the clip, put it to your belt, take a new one and place it. For example, if the ejected clip has 5 bullets remaining, you can use it later after you use all the clips.

Insurgency: Sandstorm gives top priority to gunplay. Even with playing with a mouse, you can feel some kind of weight. The recoil, sound design, gun visuals are top-notch. I can’t remember a game with that kind of feeling. Everything seems smooth, polished and right. There is no doubt that the game shines with its weapons. The textures are full of details, the reflection on weapons just seems right and realistic, there are no neon glowing weapon camos which destroy all the immersion.

There are enough amount of weapon customizations that let you choose different scopes, sights, clips, stocks, laser, silencers etc. You can make the gun as something you like to use and keep it that way. There are also enough amount of different weapons, you can find AK’s, M4A1’s GAL’s G3’s etc. The developers also said that they will add more weapons to the game eventually. So content-wise, Insurgency: Sandstorm is able to deliver our expectations.

While I was writing my Insurgency: Sandstorm review, there are 6 maps in Insurgency: Sandstorm at launch. It might seem not too many at first look. But, the maps are really big and immersive. The overall detail is good enough to keep you engaged. And the lighting is gorgeous in some of these maps. Interestingly, I thought there is a dynamic time of day in the game. But after realized that this is just an illusion in some maps. The different part of the maps has different lighting settings which feel like almost a totally different map, this illusion works flawlessly. Developers also said that they will add more maps later. 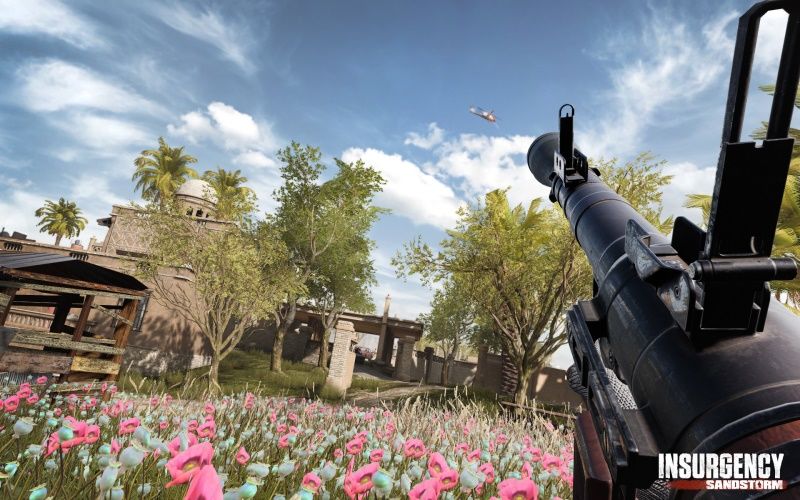 For the launch, we have 3 different PvP modes in the game, which is Firefight, Push and Skirmish and a Co-op mode which is Checkpoint. In Push mode, you and your team will try to capture objectives while map enlarges with each capture. In Firefight mode, there are three different capture points on the map, teams will fight on them. If you die in Firefight mode, you have to wait for your team to capture a point to respawn. In Skirmish, you have 3 capture points plus an ammunition depot to defend. If your team lose depot, you can’t respawn, if both teams lose it, the game will turn to a Firefight match.

You don’t play the Insurgency: Sandstorm with lighting reflexes, if you want to be good, you have to use your mind

Both modes are equally fun to experience. With all the immersion of the game, you can play with your friends. Communication is essential. Teamwork will work. If you learn the important spots on the maps and find a working tactic, you can be good at Insurgency: Sandstorm in time. You don’t play the Insurgency: Sandstorm with lighting reflexes. If you want to be good, you have to use your mind. The game rewards player if played intelligently.

Graphics-wise, Insurgency: Sandstorm looks beautiful. With the support of Unreal Engine 4; lighting, shadows, highly detail textures are making the game look fantastic. But, there are some parts that need polishing. The character models are not the best I saw. Also, animations need more work, if you look to the other players or bots. In the FPS view, they are ok, but when you see them from the third-person perspective, animations look odd a bit. 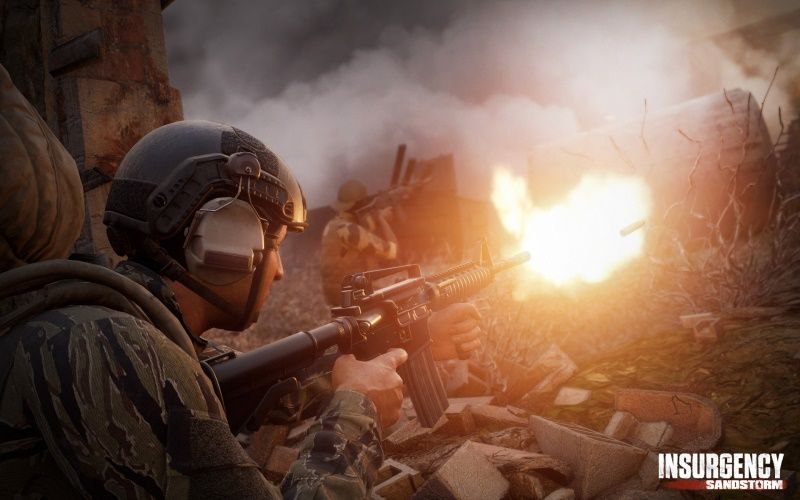 Optimization wise, the game definitely needs more work. Developers improve performance across the alpha and beta tests, but there is still more work to do. I’m playing the game with an NVIDIA 980 Ti and Intel 5th generation i7 CPU. But FPS is still dropping below 60 constantly. With further updates, the game will work better I hope. 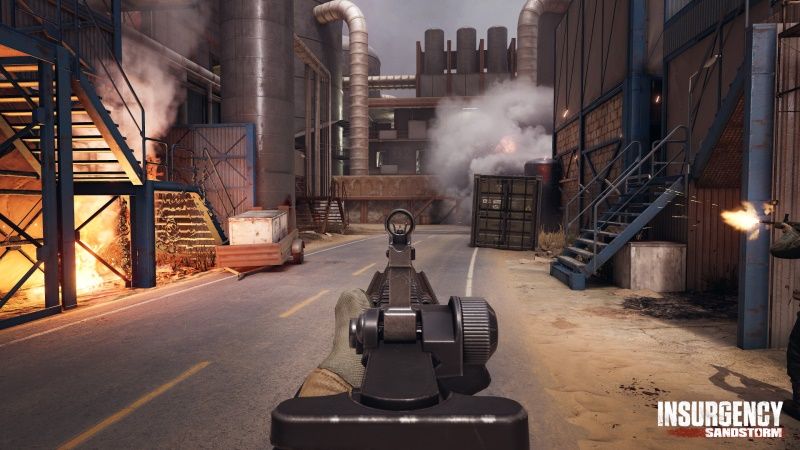 Project Stream testers will get Assassin’s Creed Odyssey for free