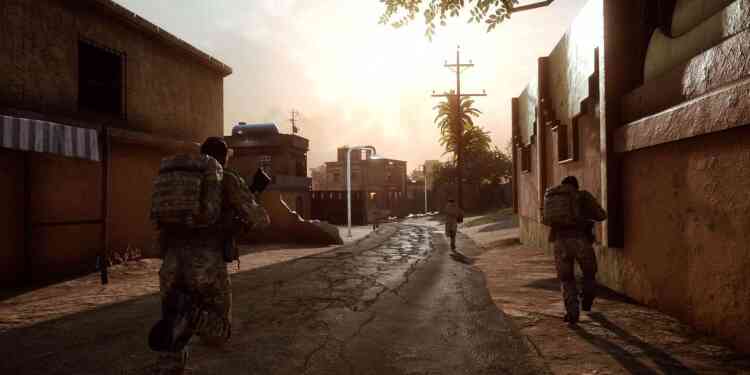 Are you ready for fury of modern combat?

Insurgency: Sandstorm, the FPS sequel to indie smash-hit Insurgency, brings high intensity, nerve-wracking modern military combat to PC today. Prepare for the fight with the new launch trailer, and then get online at 6pm CET/9am PST for your choice of co-op, PVP or competitive game modes, in large- or small-scale multiplayer matches.

Insurgency: Sandstorm is a game of team-based tactics and objective-oriented gameplay complete with player versus player, competitive matchmaking, and co-operative game modes versus AI set in a fictional, contemporary Middle Eastern conflict. Your soldier’s appearance, weapons, attachments, armor, and amount of carried ammo are all up to you. Call in airstrikes, request helicopter support, drive vehicles with mounted weapons, and use a wide range of specialist weaponry from grenades to drones to C-4 explosives.

Prepare for a hardcore depiction of combat with deadly ballistics, light attack vehicles, destructive artillery, and unprecedented audio design that puts the fear back into the genre. Death comes fast, ammunition must be carefully managed, and the environment must be tactically navigated at every step toward victory.

After months of closed beta testing for pre-order players and a successful Open Beta weekend, Insurgency: Sandstorm launches later today better optimized and complete with all launch features. Launch is just the start for Sandstorm, the team’s expansive future updates will include new maps, weapons, cosmetics, mod support, and more, free of charge to avoid splitting the community.

Insurgency: Sandstorm is out today on PC and will come to consoles in 2019.