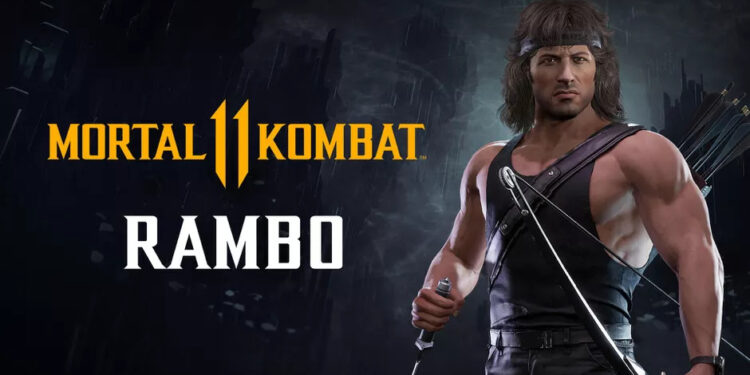 Even for a wild game like Mortal Kombat 11, a new Rambo character trailer has released with plenty of blood. The voice of Rambo is Sylvester Stallone, who also portrays the character on the big screen. Mortal Kombat 11 will most likely not be put on dusty shelves without seeing all the characters. Warner Bros can include in the game and have them fight each other. In the game’s new character trailer, we see Rambo, one of the action characters of the 1980s.

Although it is a matter of debate today, Rambo films have been shown all over the world for a long time. Besides, the character, one of the greatest action heroes of his era, has not lost its popularity over the years. Now we will see John Rambo in Mortal Kombat 11.

Mortal Kombat 11 Rambo: There Will be Bloodshed

The voiceover in the game will feature in Mortal Kombat 11’s character pack on November 17, with Rambo, Mileena, and Rain, made by Sylvester Stallone, who identified with the character. In addition, John Rambo’s costumes from First Blood, First Blood 2, and Rambo 3 movies will also be included in the game.

So how does Rambo fight in the game? First of all, the commando status of our character, who does not leave his iconic bayonet, continues in the game. From now on, whether it’s throwing bombs, putting down mines, spilling intestines with his knife… Rambo does not compromise himself in the game.

Rambo really seems to be one of the game’s most blood-shed characters. First of all, John stabs the bayonet instead of punching and sometimes throws the bayonet against his opponents. Also, and he skillfully uses a wide variety of weapons by giving him the right to be a soldier.

Released on April 23, 2019, Mortal Kombat 11 Ultimate’s new character pack will release on November 17, 2020, on PlayStation 5, PlayStation 4, Xbox Series X|S, Xbox One, Nintendo Switch, and PC. You can watch the character trailer from the link below.