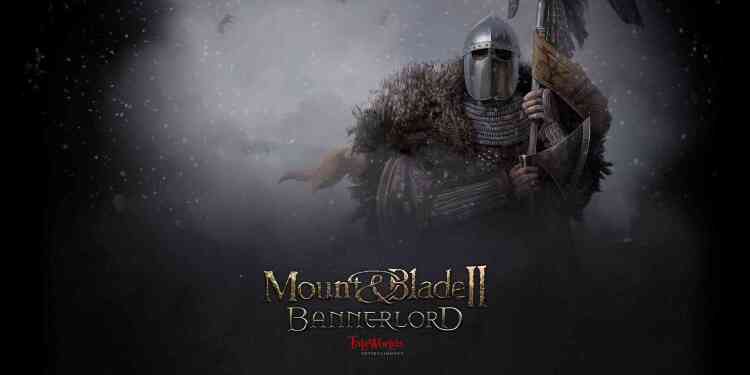 Mount and Blade II: Bannerlord‘s developer, Taleworlds, wrapped up their weekly blogs, which were published last week, with a little bit of a sentence referring to Warband: “Harvest time approaching. Of course, this sentence immediately brought to the minds the question if Bannerlord, which had been developed for six years, ended up at the end of the production process. From the day the Mount and Blade II: Bannerlord was announced, a lot of water has flowed beneath the bridge. While the interest in the new Mount and Blade game may seem to be diminishing over time, the loyal followers of the series are even more enthusiastic about the smallest information from the Taleworlds. Taleworlds didn’t share much information about Bannerlord. So what did they announce now? What information do we have about the new Mount and Blade game? Let’s have a look.

When we compare the gameplay images published 2 years ago with the gameplay published in 2017 E3, we can see that there are obvious differences between the early stages of the game and the in-game images that were taken 2 years ago and the last published images. According to information shared on weekly blogs; The game engine used in the game is constantly updating. Especially with the newly developed lighting system, the shadowing system looks really good. By comparing lightning system switched on and off, it is clear that the game came a long way. With the new dynamics of lighting, the light reflected on the surfaces gave depth and vitality to the space. Together with the day cycle, we can see that the shadows change places.

What about Mount & Blade II’s atmosphere? 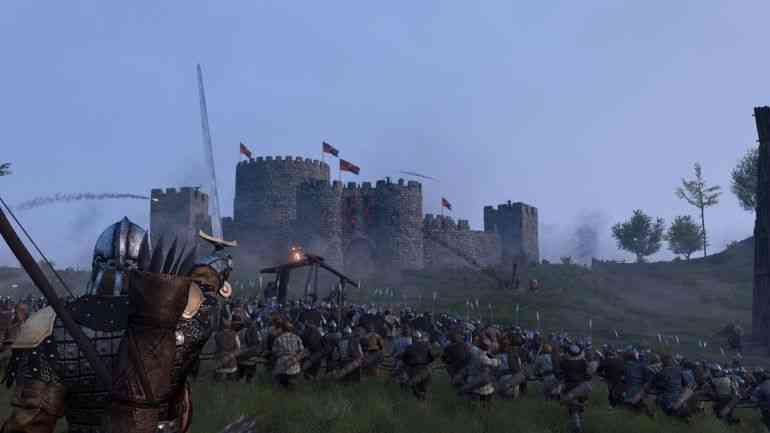 As with the lighting system, the fabric physics is also new. By looking at the horses’ mane, the tassels of helmets and the blowing banners, we can see the physics of the fabric adds so much to the game. In the same way we can see another innovation with armors that Warband and the early versions of the game doesn’t have. Parts of armor, like the pauldron, are separated from the armour, according to the soldier’s movement. Those who know, the armor we wore on the Warband, seemed to stick to the character. This seems to change with the new game.

When we hurt our enemy or our character is injured, the blood can be scattered on our shield, on us, or even on the environment. After the battles we fought, it seems that we will often encounter moments where our character will not be visible because of the blood.

One of the innovations added to the game is the camels In particular, we will gain a plus speed bonus when we ride camels passing through deserts. In wars, you will be able to ride the camel. During our trip to Kalradya, we will be able to find camel caravans on the roads. There are some innovations in the war system. With the new system called counter movement mechanics, the “chambering” system in Warband has been improved. With the new counter-movement system, we’ll have the opportunity to do combo while doing the “chambering”. Along with the changes made in the shield mechanics, although it has not contributed much to the dynamics of gameplay, an innovation has been made that increases the realism visually. In the old system the shield was standing still when it was damaged, with the new physics system called inverse kinematics, the shield is moving back. The soldier, who carries the shield, reacts accordingly.

How the damage system will be?

In the game damage system, there are some changes. There will be three different impact systems for melee weapons. Impact, pierce and tossing. Depending on the weapon we use and the armor condition of our opponent, the attack damage will also change. Damage system is based on different calculated physics that changes with every move. Of course, with the interface developed for Bannerlord, it’s on you designing the most appropriate weapon for your gameplay style. 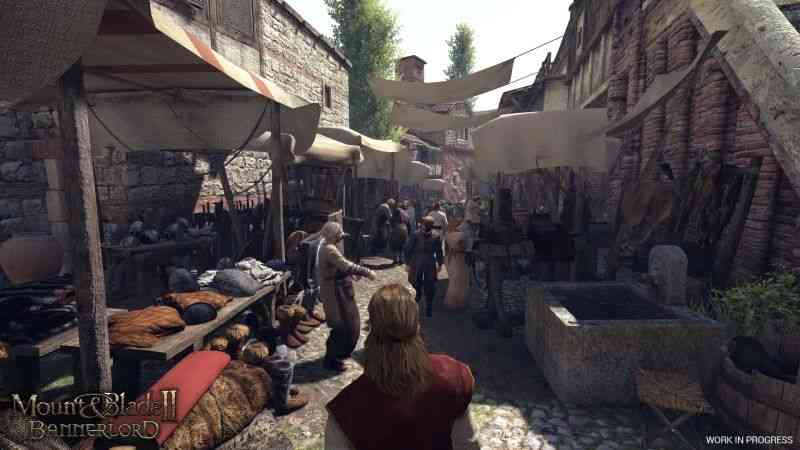 It is known to those who is familiar with Mount & Blade games, characters has four sections for weapons and items. But the items we had were not visible on our character. With the new innovation, the items that we carry on our characters, the weapons, can be seen. Thus, now you can see which weapons your opponent is hiding at the online matches. Seeing your weapons swing aroung while you are running is one of the details.

Although it is not a big innovation, there is also an innovation in speech animations. Those who play Warband know this situation well. We couldn’t say we were actually talking. Both sides looking at each other in a way that resembled the long-sighted scenes in drama series, and communicated with each other through the dialog window. In Bannerlord, the characters that have an important place in the story will have both speech animations and also voiceovers. More insignificant characters, though they cannot move their mouths, they will show emotions with the body language.

Taleworlds, according to the information they shared on the weekly blogs, the producer company is focused on developing siege and defense strategies for Bannerlord. First of all, the defense and attack sides will be able to use various defense and assault weapons. It will take a certain time to produce these equipment to be installed in certain places before the war. For example, it will take more time to build catapult that fires fire than the regular one. This build-up process could also extend the siege time and the support units can back up the defense. Defense and attack teams can use catapults, siege towers, hammerheads, ballistas and various siege weapons. Assault weapons like the siege towers and hammerheads will also be destructible. So we won’t feel as safe as ever in the siege tower. 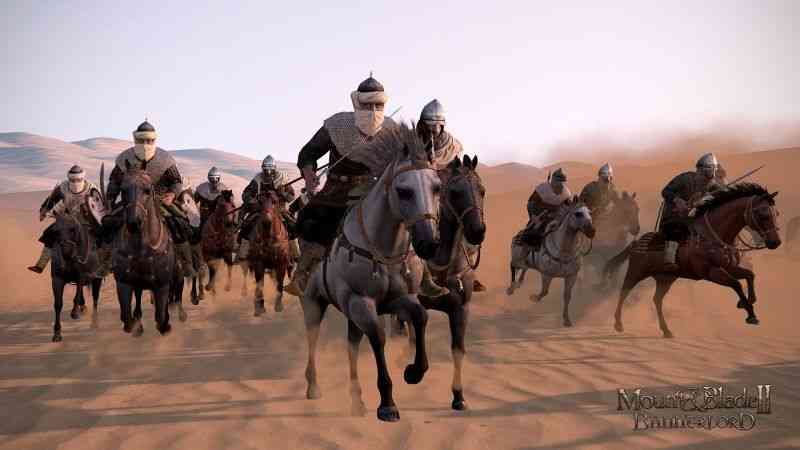 Castles in Bannerlord will have levels. Level 1 castles can be upgraded 2 levels and walls will be improved. Level 1 castles’ gates will be easy to demolish with the hammerheads, while level 3 castles will require a deeper strategy.

We told that Taleworlds is a tightlipped company. In particular, we don’t know much about M&B II: Bannerlord‘s multiplayer mode. Game mechanics programmer Korneel Guns, working on multi-player modes in Taleworlds, gave little information about new modes. The indispensable part of multiplayer battles, the greatest innovation in the siege mode, is the ability to use defense and assault weapons in multiplayer battles (eg, catapults, siege towers, hammerheads, etc). In addition, information was given about the previously introduced Captain Mode and the new mode, Skirmish Mode. For Skirmish mode, Korneel Guns says; ”We have a more competitive Skirmish Battle game mode, which is also designed to be played as 6 vs 6. You have multiple lives in each round, but each unit has different costs, which means you have to choose between many troops with low equipment or less troops with high equipment. Good communication and managing your lives right are the key in this mode.”. In addition to this information, the server selection system in Bannerlord will generally be the same as in the Warband. It is stated that a new automatic matching system is being worked on in some competitive modes. It was predicted that Bannerlord would have game modes that suits E-Sports. These new game modes show that the game has a great potential for E-Sports.

Of course it’s easy to judge right now. It is difficult to make a comment with little information and even less game images. It is not known whether the harvest time has come or not. It’s just an optimistic guess. But there is a fact that M&B lovers are awaiting for the news from Taleworlds led by Armağan Yavuz.