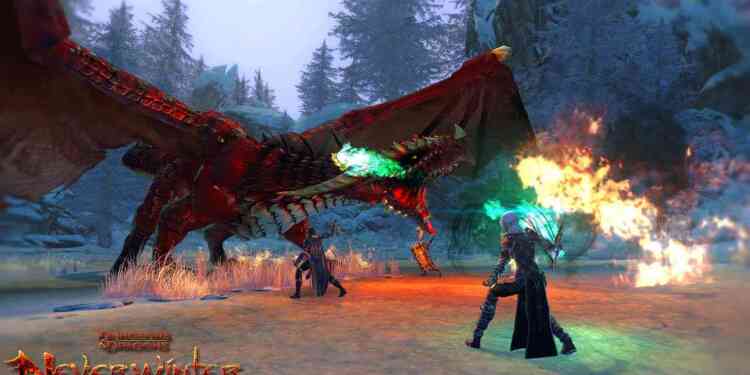 Today, Perfect World Entertainment Inc., a leading publisher of free-to-play MMORPGs, and Cryptic Studios announced Neverwinter: The Heart of Fire – featuring Acquisitions Incorporated, is now available on PC and will arrive later on consoles. This all-new, original adventure – written by Jerry Holkins and Mike Krahulik, founders of Penny Arcade – takes players from the new Acquisitions Incorporated headquarters in Protector’s Enclave and sends them across the Sword Coast in search of treasure. Guided by Omin Dran, Jim Darkmagic and Walnut Dankgrass (voiced by Holkins, Krahulik and Amy Falcone, respectively), players will enjoy a new campaign punctuated by Acquisitions Incorporated’s signature irreverent humor, a battle against the Zhentarim in the Manycoins Bank Heist endgame Skirmish and much more.

Veterans, as well as players new to the free-to-play MMORPG set in the Forgotten Realms (and beyond), will be able to join the famed Dungeons & Dragons adventuring company beginning at level 15, with both leveling and endgame content. Walnut Dankgrass asks adventurers to rough up the competition at a job faire, which escalates quickly into an internship opportunity at the newly-constructed Acquisitions Incorporated headquarters in the heart of Protector’s Enclave. From there, Acquisitions Incorporated CEO Omin Dran sends players on a mission of acquisition for the titular Heart of Fire gem – where they will receive the occasional “assistance” from Jim Darkmagic. Each request grows more incredible than the last, tasking players with infiltrating a Beholder convention, fulfilling the wishes of a mountain-sized giant and joining a royalty rescue mission set in the Manycoins Bank of Waterdeep. The Heart of Fire also brings changes to class balance, dungeon loot, professions and more. Find details about these updates to Neverwinter below:

The Heart of Fire Storyline – The minds behind the popular Penny Arcade games and gaming culture webcomic lend their wit to the latest Acquisitions Incorporated storyline. Become a member of the infamous company of adventurers and engage in questionable activities alongside Omin Dran (Jerry Holkins), Jim Darkmagic (Mike Krahulik) and Walnut Dankgrass (Amy Falcone).

New Campaign: Acquisitions, Incorporated – It’s not all dressing up as 11-eyed monsters and coasting through the brisk skies on the company airship. The newest campaign levels up with the player and puts an emphasis on acquiring items including new boons and access to the new endgame Skirmish!

New Skirmish: Manycoins Bank Heist – Beyond the internship stage of your tenure with Acquisitions Incorporated, players will be given the opportunity – nay, the duty – to defend the Manycoins Bank vault from Zhentarim intruders seeking riches of the realm. Surely, there’s good pay in protecting the Protector’s payload!

Salvage and Dungeon End Chest Changes – Astral Diamonds given as rewards has changed! Earn the coveted currency directly through dungeon delves as well as completing content. Dungeon Chest Keys will no longer be required to open chests and have been converted into tokens for free end-of-dungeon rerolling. This may also be done with Astral Diamonds. Finally, the Salvage feature has been phased out with this update.

Class Balance Updates – In a continued effort to ensure the game is fun for everyone and each class is viable, a wide variety of changes have been made to class powers and general balance. Check the official Neverwinter blog for patch notes and more details.

Loot Experience Improvements – Much of the loot gathered throughout the Forgotten Realms is now automatically added to a player’s inventory when they are in close proximity. Need/Greed rolls still pop up as needed. Fewer treasure (vendor loot) items drop and other less-desired loot no longer drops. Check The Heart of Fire’s patch notes for even more detailed information.