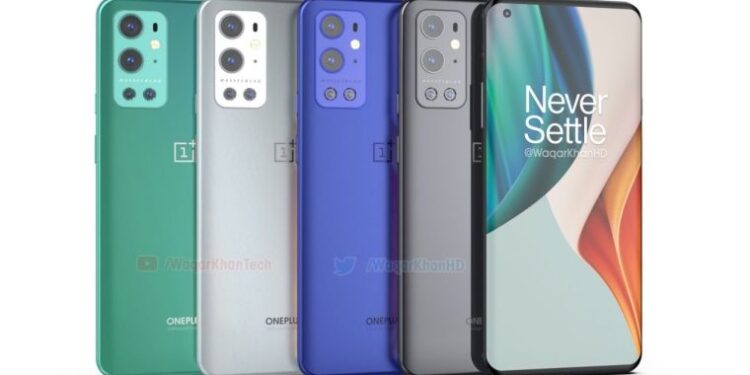 The OnePlus 9 model has features such as Snapdragon 888 chipset and Hasselblad main camera with a Sony production IMX789 sensor.

The highly anticipated flagship smartphones of Chinese smartphone manufacturer OnePlus were leaked by WinFuture. When we look at the official marketing images of the devices, we see that the OnePlus 9 model will come with a triple camera and the Pro model with a quad-camera setup. After OnePlus CEO Pete Lau announced the IMX789 camera sensor, the Geekbench results of the phones also emerged. With the leaked specs, it became clear that both flagships will have a 12GB RAM variant.

The OnePlus 9 model has features such as Snapdragon 888 chipset. Besides, Hasselblad’s main camera with a Sony production IMX789 sensor. OnePlus 9, which has a 50 MP and 48 MP resolution wide-angle main camera with Sony production IMX766 / IMX789 sensor. Also, a triple camera setup with a depth sensor with 2 MP resolution. Furthermore, has a 16 MP selfie camera capable of recording 30FPS video at 1080p resolution. . The device, which has additional camera functions such as dual-LED flash, HDR and panorama, is accompanied by Auto HDR and gyro-EIS video sensor.

The fingerprint sensor of the smartphone, which has a 4500 mAh battery with 65W fast charging technology. Sensor is integrated into the screen. OnePlus 9, which has a 2.5D curved front panel. Also, the device will come out of the box with Blue, Black, and Purple color options. The Pro version, which will come with a quad-camera setup, has White, Lacivet, Green, and Black color options. In addition, we can say that the device, which is thought to be future with wireless charging technology. The device will probably have a glass panel. Smartphones will run the Android 11-based OxygenOS operating system. Among the leaked information, the price tag of the devices is not included.

Finally, let’s say that the OnePlus 9 series will be introduced at the launch to take place on March 23.