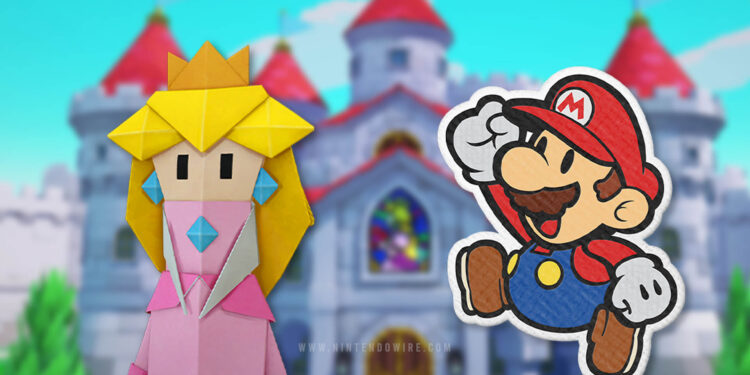 by Bekir Bekoglu
in Game News

Paper Mario: The Origami King has the title of the fastest selling game ever in the Paper Mario series. In addition, this Nintendo Switch game, which was released in July, received a positive response in general, although it did not herald the return to the classic game from the early entries of the series that some fans were hoping for. As a result, Paper Mario: The Origami King became sales record holder.

Origami King does not choose to use a traditional RPG combat system. Instead, it takes a more puzzle-like approach. We are familiar with puzzles from many games. If you are one of the players who can have fun with puzzles, you should definitely try it. This is a feature that fans seem to both love and hate. We think Maybe Paper Mario: The Origami King became sales record holder because of that. Perhaps it feeds on the fine line between love and hate. Of course, you cannot make everyone happy. While the bizarre combat system and low difficulty level of the game disappointed some players by fighting ordinary enemies, most critics and fans praised the Origami King for its engaging boss fights. After all, boss fights are indispensable for RPG games. Besides all this, the players also praised the game’s excellent writing and good sense of humor. Also, some said this was a highlight for the fun side of the series. Finally, Paper Mario: The Origami King became sales record holder.

Paper Mario: The Origami King is the fastest selling game in the Paper Mario franchise

For Nintendo and other developers, 2020 has been the gateway to a graphically different era when it comes to video game sales. One of them is Paper Mario: The Origami King, the sales record holder in the series. In addition, some of these are certainly due to the number of high-quality games expected to be released so far this year. But the world is changing, and the conditions are also changing.

There are some factors that no one can foresee. The COVID-19 pandemic continues to disrupt life around the world. People entered a different era. Nobody leaves their homes anymore. This virus, which does not force so many people to spend most of their time indoors, has caused serious leaps in some sectors, especially the gaming industry. Another way people deal with this is to buy a lot more video games and spend more time playing online games as a form of stress relief and social contact. This seems to make the game producers laugh a lot. Maybe Paper Mario: The Origami King became sales record holder because of that. How can we know? We hope that the whole world will pass this age, regretting the time spent lying on the sofa, just playing games with this virus. Hope to be accompanied by nice games on beautiful days.