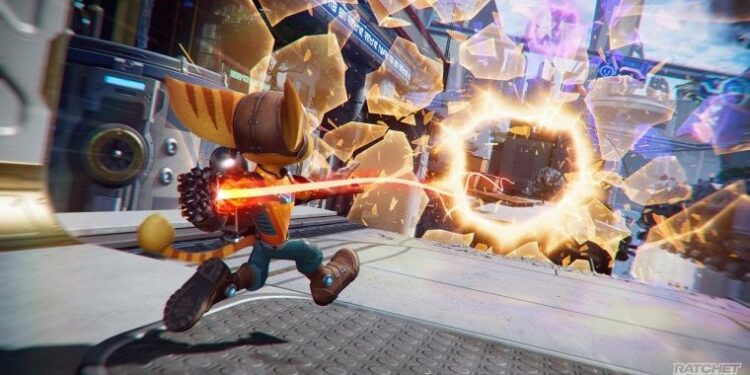 Finally, Ratchet and Clank, which appeared with a long gameplay video, continue to publish new videos for Rift Apart. This time, a video focusing on Ratchet and Clank Rift Apart weapons and portal transitions in the game was released on PlayStation official accounts. In addition to the topics focused on in this video, we can say that the game’s world and graphics look kind of underlined.

In the first minutes of the video, footage of a station where we can buy weapons is included. Here, we see that there are many types of weapons such as Burst Pistol, The Enforcer, Shatterbomb, Mr.Fungi, Lightning Rod, and Drillhound. The list goes down and we predict that we will probably encounter a lot more weapon types than this later in the game. If you have played any game of the series before, you already know how important weapons and weapon variety are for this series.

We will also be able to feel the DualSense controller respond differently in each of these weapons. Apart from the weapons, the platform dynamics and of course the portal passages, which are very important in the main story of the game, are also included. Let us remind you that the game will be released on June 11th. Finally, don’t forget to mention your thoughts about Ratchet and Clank Rift Apart weapons info in the comments section below.