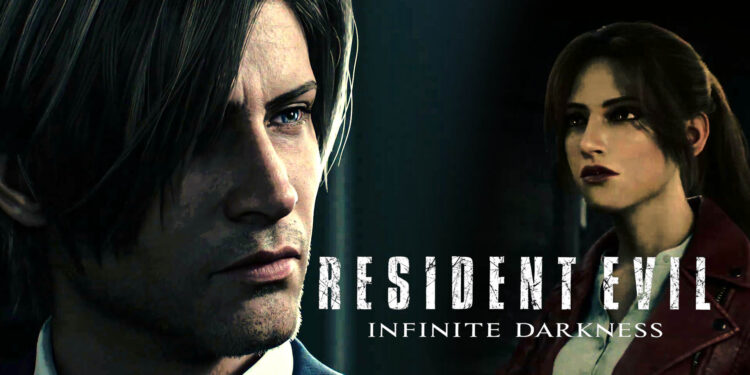 At the Resident Evil Showcase event, new details about the last game of the series, Village, were announced. Also, the Resident Evil Infinite Darkness release date was announced too. A new trailer has been released for the animated series that will be published on Netflix and many details also have emerged.

A New Trailer for RE: Infinite Darkness Released

In the new animated series, the characters of Leon S. Kennedy and Claire Redfield, whom we know from the series, will come together once again. As with RE: Degeneration and Vendetta movies, we also have a release date for the new animated series that will be produced using CGI technology. Resident Evil Infinite Darkness will appear on Netflix in July 2021.

At the same time, the details for the new animated series are quite interesting. In the story, you can see the episode where the White House invaded by zombies. And the episode of the president’s hasty abduction in the trailer.

The new animated series that will bring the series to the audience produced by Hiroyuki Kobayashi. We saw that he actively involved in productions such as Dino Crisis, Dragon’s Dogma Sengoku Basara, as well as the Resident Evil series. He was also the producer of projects such as Devil May Cry and the Resident Evil CGI movie, as well as the Dragon’s Dogma anime, which recently released on Netflix.

To sum up, what we know, Resident Evil Infinite Darkness will be on Netflix in July 2021. And the animated series is about two years after the story of Resident Evil 4. It is also home to many familiar faces. You can click here to visit the official web page of the series on Netflix. So what do you think about this animated series? You can watch the new trailer for the animated series that will appear with familiar faces right below. Have a good time! And do not forget to state your views in the comments section.