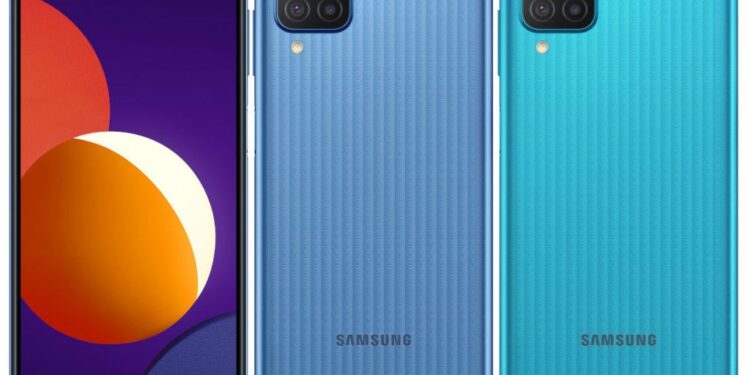 Samsung introduced the Galaxy M12, which is likely to be one of the entry-level competitive models. The smartphone, whose price has not yet been announced, still offers remarkable features according to its level.

South Korean technology giant Samsung announced the Galaxy M12, its latest entry-level smartphone. The new Samsung Galaxy, which is a smartphone with modest features to meet daily needs due to its level, still offers a high screen/body ratio, a very large battery, and a high-resolution main camera.

Samsung Galaxy M12, which has a notched design called Infinity-V, offers HD + resolution on its 6.5-inch screen. Also, powered by the Exynos 850 processor developed by Samsung, the smartphone offers up to 6 GB of RAM and 128 GB of internal storage. Furthermore, the storage space can be increased with a microSD card.

The smartphone is likely to be one of the entry-level competitive models. The device, whose price has not yet been announced, still offers remarkable features according to its level. Galaxy M12, which comes with a remarkable main camera with a resolution of 48 MP, promises a camera experience that is not bad for its level with a 5 MP ultra-wide-angle camera, 2 MP depth sensor, and 2 MP macro camera. In addition, there is an 8 MP selfie camera in the notch on the screen of the device.

There is no information about the price or release date of the Samsung Galaxy M12, which is offered to consumers with blue, blue, and green color options, but when we look at its features and segment, we can say that it is likely to come with a budget-friendly price tag.