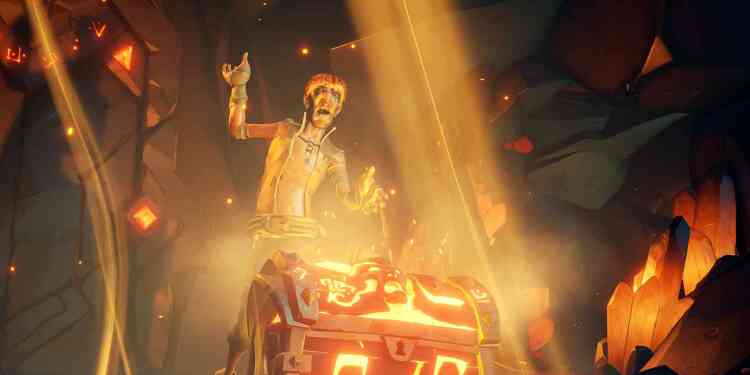 The heatwave continues to simmer on the Sea of Thieves as our next monthly content update, Heart of Fire, is available now with Xbox Game Pass and on Xbox One and Windows 10 PC! This free update brings story-driven action with a new Tall Tale continuing the sagas of Pendragon and Captain Flameheart, alongside more ways to fight your foes and a special challenge for Pirate Legends.

This latest Tall Tale picks up where The Seabound Soul (still available to play in-game) left off – with Sir Arthur Pendragon facing the aftermath of a previous misguided mission. To begin the Heart of Fire Tall Tale, talk to Tallulah in The Charred Parrot Tavern at Morrow's Peak Outpost, after which you'll hear about Pendragon seeking pirates to save the souls of his lost crewmates.

With the unpredictable Stitcher Jim following the same trail deep into The Devil's Roar, and rumors spreading of Captain Flameheart conducting a dark ritual to rebuild his forces, it's time to find out just how much hot water the sailors of the Sea of Thieves are in! Brace your stoutest crewmates to brave a hostile new location, but beware deadly traps set to punish unwelcome pirates. 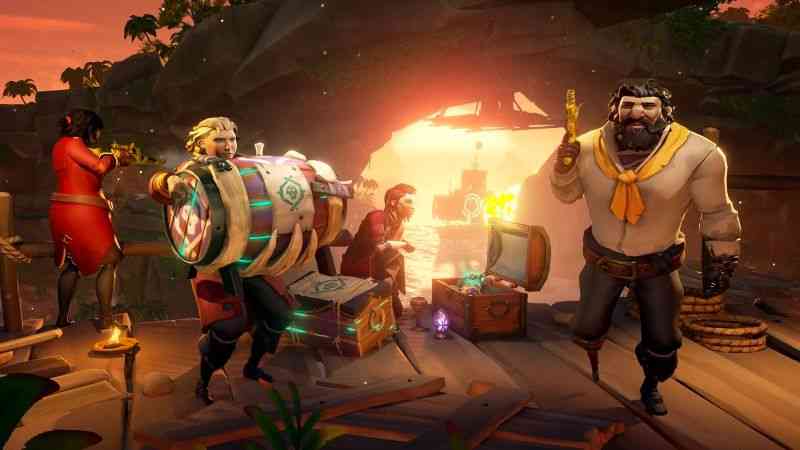 Become a Legend Among Legends

Meanwhile, the Pirate Lord is ensuring that all Pirate Legends are ready for anything by offering a new Athena's Run Voyage! Only Legends can purchase this Voyage (though non-Legends can join in as part of their crew), available from Duke in exchange for a stack of Doubloons. The Athena's Run will see crews searching Thieves' Haven and its surrounding islands for new, valuable treasures which can be exchanged for not only gold but priceless Athena's Fortune reputation.

This is going to be a real gauntlet to run and we're looking forward to seeing how the biggest and boldest veterans of the seas handle crossing paths – shall they sail together, or will we see a real clash of Legends?

Those yet to hit Legend status can still crew up with a Pirate Legend to enjoy the spoils of Athena's Run Voyages, or may consider laying an ambush to bring a Legend down a peg or two. The six new treasure types, including a beautiful Chalice of Ancient Fortune and powerful Keg of Ancient Black Powder, will still reward gold and Athena's Fortune reputation when non-Legends cash them in with the Mysterious Stranger in any tavern. 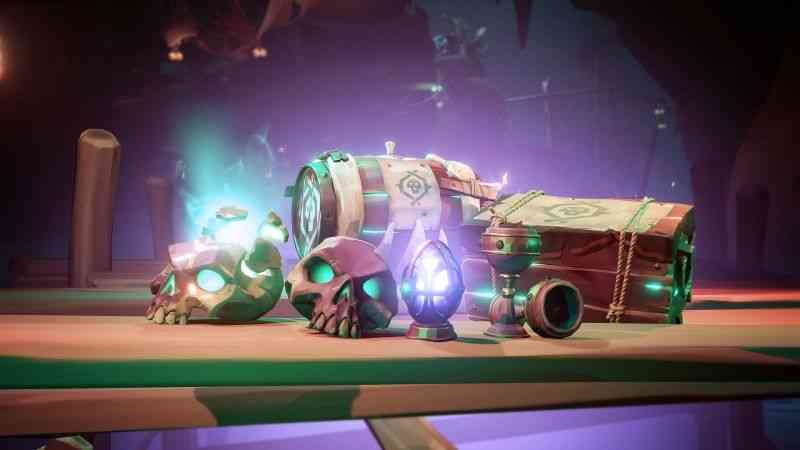 Get Creative in Combat

Last but by no means least, Heart of Fire brings in some fun new toys for everyone. Chainshot is a new ammunition type for ship cannons – essentially two smaller cannonballs connected by a chain. Chainshot doesn't penetrate a hull as well as a regular cannonball, but it can wreck a mast, capstan or wheel in one hit! We're expecting to see some devious and ingenious new tactics emerge as players get creative, especially since the Sea of Thieves community has a tendency to surprise.

If you're craving something for closer combat, the new Blunderbomb is a throwable weapon that explodes in a fashion similar to the blunderbuss shot, dealing damage and knocking enemies back. Again, it's all about giving players more ways to mix things up and cause chaos!

New to Sea of Thieves? Join the fun with our Maiden Voyage, a narrative-driven tutorial experience separate from Adventure and Arena modes. New Sea of Thieves players will begin their travels within this scenario, which provides guidance and information to fledgling sailors.

For more information on the Heart of Fire update, including full release notes, visit the Sea of Thieves website.