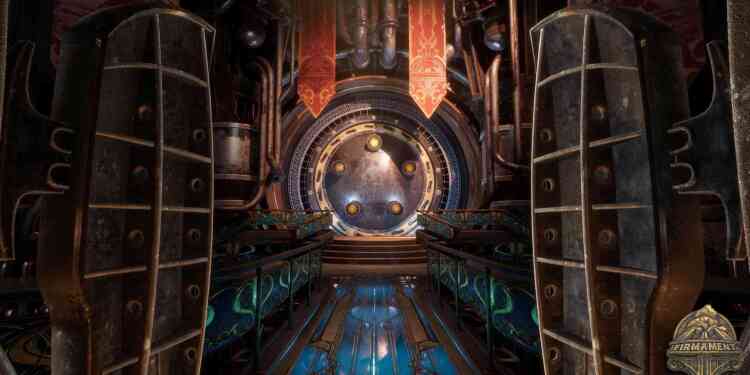 Cyan Worlds is coming back with a new game.

The developer of Myst, Riven and Obduction games, Cyan Worlds has started a Kickstarter campaign for its upcoming VR game Firmament.

Cyan Worlds had announced Firmament, a Steampunk themed adventure game, in 2018. The company today started a Kickstarter project for the game. And they are aiming $1.3 million. The campaign has already collect $350 000, so the company probably will reach this amount easily.

The company states that the game will deeply root in the spirit of their old games. Here is the story of the game; “A gasp for air… a release of chilled breath… the crackling sounds of melting ice. You wake in a glacial cavern — perfused by blue. It’s crowded with metal pipes and adorned with curious, clockwork gears. Echoing machinery resonates in your ears as a massive metal door opens before you… As you enter a dark chamber, warm lights flicker to life, revealing a frigid, yet intimate stone interior, supported by riveted iron beams. In the middle of this room is an ancient table – a tea cup on one end and a frozen body slumped over the other. The corpse’s hands hold an exquisite clockwork device — held out like an offering. You reach for the device, and suddenly… a small whir… a blue glow is birthed from its core as it comes to life and lifts from the outstretched palms of the rigid stranger. It hovers above you, watching. An apparition appears with a message from the woman that left this gift. She planned to mentor you… …but something has gone terribly wrong. An immense, unexpected adventure now lies ahead… “

If you want to help Firmament to reach its aim, you can click here. What do you think about Firmament?