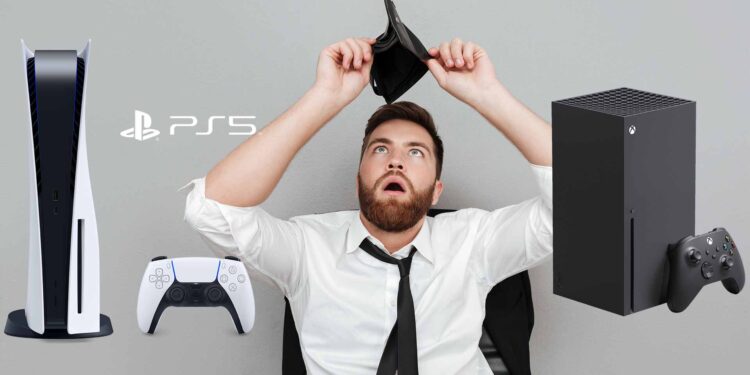 NerdWallet has examined the world’s most iconic and popular gaming consoles, including the new PlayStation 5 and Xbox Series S and X to reveal how much users can expect to pay for each console over its lifetime. Combining the cost of the console, controller, headset, average game cost, and additional membership costs, with the average hours gamers spend playing to determine overall energy costs, the study reveals how much gaming will cost you and how much it costs to be a gamer.

How much gaming will cost you?

Gaming consoles have rapidly grown in popularity over the last few decades and with the launch of Sony and Microsoft’s new gaming consoles the topic has never been hotter. But, as many gamers are keen to get their hands on the latest generation at release, it raises the question. How much gaming actually costs over the device’s lifetime?

NerdWallet has calculated the lifetime of a console, based on the assumption that the average person upgrades to a new model around one year after a new console has been released. With the average console costing £335.27, how much can you expect to spend on the different devices?

Here are the most popular gaming consoles ranked from most expensive to least:

The disc version of the new PlayStation 5 takes the top spot as the most expensive console to own, costing a total of £1,717.91 over an expected lifetime of eight years. This is closely followed by the new Xbox Series X, costing just £72.40 less than the PS5 (also over an expected lifetime of eight years). In fact, all of the newest-generations rank in the top five most expensive consoles, considering not just the cost of the device itself, but also games, headsets, controllers, as well as energy costs that players need to account for.

Despite now being out of production, the Nintendo Wii was revealed as the cheapest console of those examined, costing gamers just £646.24 over six years. Nintendo’s latest console, the Nintendo Switch, continues the trend of offering people a cheaper gaming alternative, taking third place for the most affordable console. While the Nintendo consoles all come in substantially cheaper compared to the Xbox and PlayStation consoles, it is important to consider the difference in gaming experience Nintendo offers, which is much more aimed at children and families rather than avid gamers. Study reveals how much gaming will cost you.

Which consoles are the most energy-efficient?

Which consoles are the most expensive to kit out?

Gamers keen to buy the newest model of their gaming console, must not only consider the cost of the device itself, but also accessories such as headsets or additional controllers. Looking at the cost of the number of video games that can be expected to be bought for each console, as well as headset and controller costs, the new PS5 once again takes the first place for most expensive, at £703.23. The new Xbox Series S/ X takes second place with £596.35, followed by the PS3 (£511.39) and the PS4 (£498.67).

However, as many gamers enjoy playing online with their friends, it is also important to be aware of the annual membership fees for each console. For Nintendo Switch users this is £17.99 per year, whereas PlayStation and Xbox users need to fork out £49.99 each annually.

John Ellmore, Operations Director at NerdWallet, comments: “The release of the new PlayStation and Xbox models have created immense excitement among gamers. While many may still be struggling to get their hands on one of these devices, we wanted to explore how much gamers can expect to actually spend on their devices over the course of time that they own and use them. There are a variety of other costs on top of the actual console, such as membership fees or additional controllers, that need to be considered and can quickly amount.

“While the lifetime for this study has been calculated based on the assumption gamers like to upgrade around one year after a new model has been released, this doesn’t mean the console won’t last. However, it is interesting to see the developments with each new release and the potential savings these can result in. For example, people upgrading their old Xbox One or PlayStation 4 will be able to save on energy costs, as the standby mode for the new generations is exceptionally lower.”