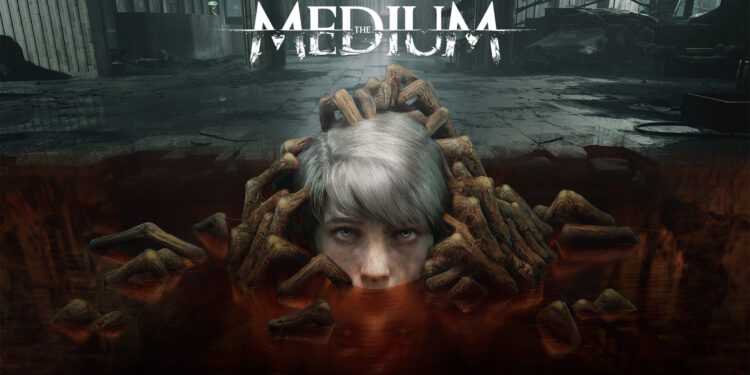 The Medium is a horror-thriller genre game. In our The Medium review, we will take a closer look to the game which has two different dimensions.

The Medium is a horror-thriller genre game. In our The Medium review, we will take a closer look to the game which has two different dimensions. The Medium appears as a production that contains a nostalgic gameplay but is not staying behind today’s technology. We can call the game a modern version of the games with a fixed camera angle. Despite the nice nostalgic gameplay of the game, there are also some weak points. So let’s take a look at the positives and the negatives of the game in our review.

The Medium is a psychological horror game and we control a character named Marianne. At the start of the game, we understand that she is an orphan and she is raised by someone who is a father figure for her. She is always told that she is a special one since her childhood. And we cannot say this is wrong. She has some special powers.

One of these special powers is that she can speak to spirits in another dimension. We understand that some of the spirits are stuck in that dimension and Marianne is directing them to the light. Marianne portrays a character who has some visions and guides dead souls. The most important of these views is a dead girl. Marianne has seen the same vision over and over since her childhood and actually does not know why she has these powers.

In the first minutes of the game, we get a mysterious phone call. A character named Thomas already knows our name as well as our psychic powers. He says that he needs help and gives Marianne a hotel name. After the call, Thomas totally dissappears. We start the game in the middle of this obscurity. After a very small story telling, we go to that abandoned hotel, where there was a great massacre in its past.

As I mentioned at the beginning of the review, the game contains a nostalgic structure. As you know, many series such as Resident Evil and Silent Hill also released with a fixed camera angle. The Medium has good dynamics about the fixed camera angle. When you leave a room, there are moments that you lose control of your character due to the camera angle but the general gameplay is very stable. The biggest trouble lies in the chase scenes. In some parts of the game, chase scenes included to increase the horror element. These chase scenes take place in the other dimension and generally progress with the character running towards the screen. This gameplay mechanic has damaged both fixed camera nostalgia and interdimensional equality.

You to learn new details by investigating around in the game. You can get more information about the story and the game-world from the newspapers and the items you find. Marianne also has the ability to interact with the items she touches. For example, when you enter the hotel, you look at an old shoe on the floor and hear the sounds of destruction in the past. She can also hear the voices. With this ability, we can get additional information about the world.

Bloober Team has included a new gameplay mechanic that we do not see very often games. This system may fail sometimes but we should congratulate the developer team as they tried something totaly new and original. As I mentioned, there are two different dimensions in the game and you see these two dimensions at the same time in most of the gameplay. In other words, every area and room you walk around actually has similar structures in other dimensions. You can see that even your character’s movements in both dimensions are the same.

Of course, this dimensional functioning is also reflected in the puzzle dynamics of the game. You can progress at the same time and find different items in different dimensions. When Marianne is focused, we can only control her other dimension movements. With this mechanic, you only can go to some areas that exist in other dimensions or you can open your way in this way. I want to say that we cannot use this feature too long. After a while, character’s focus deteriorates and the state on the other dimension begins to disappear.

Other than this two dimensions, you can also make dimensional transitions through mirrors after a while in the game. Marianne moves normally in real world but she can directly to the other dimension with the help of the mirrors. All these transitions are nice as they are designed according to the puzzle mechanic of the game.

The game progresses in a somewhat linear structure. For example, if you are going to solve a puzzle in a room, the game locks you in that room. The game mechanic doesn’t allow you to search around as you want. I can easily say that this is the part I dislike about the game. The has a beautiful world, but you always feel like a hand is pushing you. The story makes you wonder and you begin to question the purpose of the characters you meet.

The game-world is visually very nice. Character expressions are a bit dull. Two dimension dynamics designed beautifully. Generally, the game has a smooth gameplay. When I was writing my The Medium review, I played it on a high-end computer but I encountered framerate drops from time to time. The soundtrack and ambient sounds of the game are really good.

As a result, The Medium is not a gem but manages to offer a different experience with its nostalgic mechanics. It could be a much more successful game if it only focused on the ambient sounds and the tension element. In short, I can say that The Medium is a nice game that you can get a nostalgic taste if you like the horror, thriller genre. I hope you liked our The Medium review. Stay tuned, enjoy.

The Medium is a horror-thriller genre game. In out The Medium review, we will take a closer look to the game which has two different dimensions.