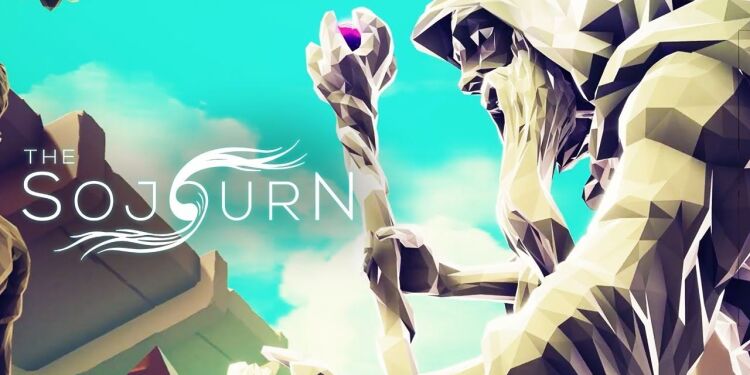 Dive into The Sojourn to traverse through a thought-provoking puzzle game and its immersive color-drenched world of light and shadow.

Developer Shifting Tides’ latest game The Sojourn lets you take a look at its epic tale while challenging your mind with its puzzles. Even though The Sojourn’s fantastic art direction and physics make the game recommendable to the fans of the genre, its repetitive level design at core makes some of the greatest parts quickly forgettable. Few of the really hard head-scratchers make the gameplay progress in an interesting way where lights can no longer guide you.

“Shifting Tides is quick to achieve a sense of wonder”

It is pretty common to see good looking games in 2019. But it’s not that easy to see games where developers successfully pull out the creative design choices they make. As you start playing, the Sojourn immediately shadow forths you how its creative design will go with two lights. Guiding you door after door, The Sojourn successfully creates a sense of wonder. Even though the game gives no context for why you are traversing the world that builds around you, the story told by the statues throughout the game does its job to catch the audience’s attention.

After following the lights for the first ten minutes, the game lets you see some parts of the main character’s journey. A journey that is told in a rather vague way that the player can only understand through text of scrolls and statues that shape The Sojourn‘s reality. Despite leaving you with question marks, the statues are well placed throughout the game to make them interesting enough.

The Sojourn builds up slowly difficulty wise. As the player finishes up the games intro/prologue, developer Shifting Tides does a pretty solid job introducing new mechanics without putting the game in a stale position. The amount of joy and sense of accomplishment you get from completing the puzzles increase as you progress through the game. Creative use of new devices unleashes level design to reach its full potential, creating both beautiful landscapes for puzzles and great use of mechanics that the players can learn quickly. But the difficulty curve shifts rather quickly when you make it halfway through the game. Opposed to its start where you can spend time to capitalize on what you’ve learned, there is no middle-ground for The Sojourn after the first two hours. After teaching you every mechanic available, the game suddenly shifts from normal to hard difficulty. And this is when the game starts getting repetitive. 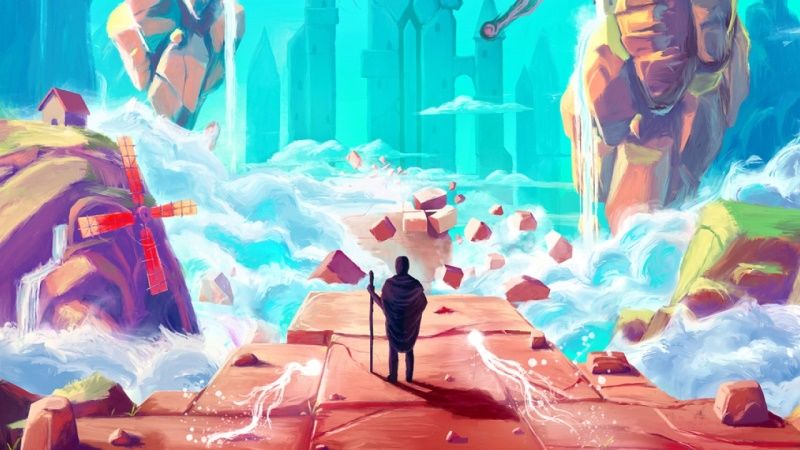 As you go through doors with different numbers, all you can do is to solve puzzles with the hope of getting back to the story elements you saw when you first booted the game. The story elements and art direction that catches the audience suddenly disappears for a few hours only to come back and confuse the player more. The Sojourn without its artistic elements is just an everyday puzzle game. These sudden shifts make The Sojourn be defined by its repetitiveness rather than its rich story elements. The storyline that was understandable at first suddenly starts to confuse you. The feeling of confusion created by the storyline reflects on the puzzles too. Even though there are greatly designed puzzles, some of them feel like you just completed them by dumb-luck. The sense of accomplishment game created earlier suddenly switches places with confusion.

Starting at a high point, The Sojourn uses its artistic elements at its full advantage. Creating a sense of wonder with its physics and vague way of storytelling. Struggling to keep the same pace through its runtime, The Sojourn can sometimes feel like a regular puzzle game. Despite its repetitiveness, The Sojourn achieves to create a collection of head-scratchers with its intricate levels and creative puzzle design. A must-play for the fans of the genre, but a slippery slope for other players.

How can you upload your game to steam?