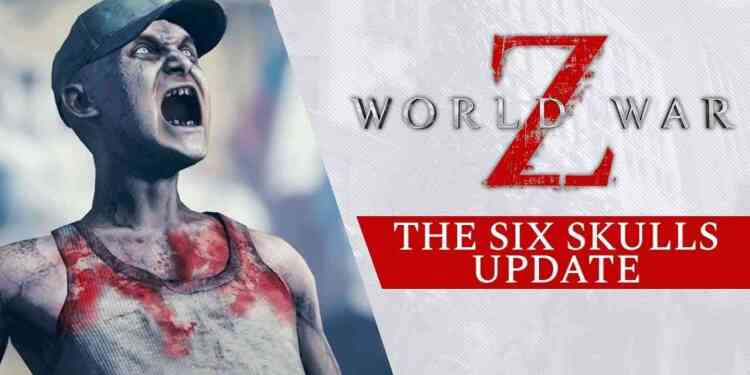 World War Z ups the Challenge to Extreme With Six Skulls Update Saber Interactive, in partnership with Focus Home Interactive, has released the free ‘Six Skulls’ update for World War Z, the action-packed co-op shooter inspired by Paramount Pictures’ blockbuster film. This latest content pack introduces the new six-skull extreme difficulty setting for all chapters released so far. More than ever, these challenges demand careful resource conservation, a strategy to cover every corner and truly skilled trigger fingers, with unique rewards available for those brave enough to take them on.

The “Six Skulls” update follows the recent addition of “The Undead Sea” patch, which opened up a totally new mission aboard an undead-infested ferry in Tokyo, as well as a terrifying new zombie type to battle. In the near future, the team plans to release “The Big Update”, free DLC which will feature a new weekly challenge mode, as well as a number of weapon variants, character skins and accessories.

Powered by Saber’s dynamic Swarm Engine™, World War Z unleashes upon players hundreds of fast-moving, bloodthirsty zombies at a time, able to move and strike as one collective herd, as well as break off as individual attackers. Choose from six distinct classes and an arsenal of deadly weapons, explosives, turrets and traps. Outlive the dead through intense four-player co-op campaign missions around the world, including New York, Jerusalem, Moscow and Tokyo, and battle both zombies and real human opponents in competitive, team-based Players vs. Players vs. Zombies (PvPvZ) multiplayer.