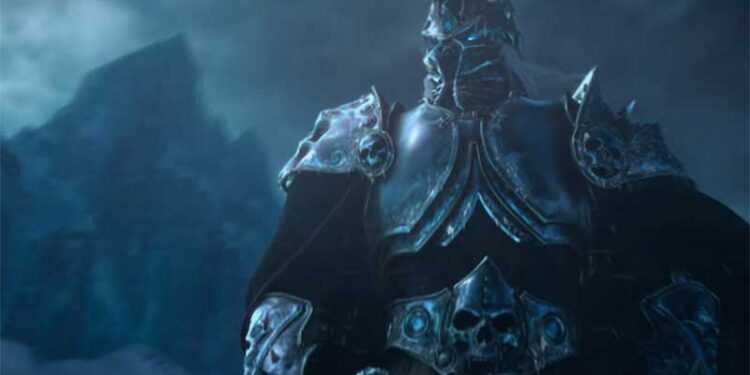 Blizzard Entertainment announced today that the forces of the Horde and the Alliance will have another chance to bring a fitting end to one of World of Warcraft®’s most iconic villains starting September 26, when the company releases Wrath of the Lich King Classic, the authentic re-creation of WoW’s acclaimed second expansion, at no additional cost to all players with an active subscription. This expansion will launch globally at 3pm PDT and will be available on all World of Warcraft: Burning Crusade Classic™  realms.

Wrath of the Lich King Classic Release date is September 26

To confront the Lich King, players will embark on a treacherous journey through the wintry forests and snowy peaks of the continent of Northrend, the single largest land mass Blizzard ever added to the game with an expansion (until the upcoming release of World of Warcraft: Dragonflight™). There they’ll experience some of the most breathtaking vistas and beloved storylines in all of Warcraft® as they make hard-fought progress in their effort to breach Icecrown and defeat one of the direst threats Azeroth has ever known.

“The epic moments in Wrath of the Lich King Classic feature vast icy environments, unique dungeons and raids, and a gripping conclusion to the story of Prince Arthas,” said World of Warcraft executive producer Holly Longdale. “All of this and more made it a favorite of many of our players and us at Blizzard as well. We’re looking forward to providing an authentic experience for returning veterans and an awesome adventure for newcomers exploring Azeroth for the first time.

Rising with this expansion is the fearsome Death Knight hero class, available to all players and starting at level 55. As former champions of the Lich King, Death Knights conquer their foes using dark magic and runic power. Also featured is the original iteration of the World of Warcraft achievement system, celebrating a wide range of player accomplishments in the game, and the introduction of the Inscription profession, which enables players to scribe ability-enhancing glyphs that alter the appearance and modify the properties of spells and abilities.

Players will be able to put their skills and new abilities to the test in the 13 memorable dungeons from Wrath of the Lich King™, such as Ahn’Kahet: The Old Kingdom, where they’ll face the minions of the Old God Yogg-Saron, and the plague-infested Culling of Stratholme, which recreates the tragic event from Warcraft history that led to the downfall of Prince Arthas. Those seeking the ultimate challenge can take on the 9 raids introduced in the expansion, such as the updated versions of Naxxramas and Onyxia’s Lair from pre-expansion World of Warcraft, and of course Icecrown Citadel, where the story of the Lich King reaches its cinematic conclusion.

In the lead-up to launch, players can experience Joyous Journeys, a 50%-bonus-XP event that will run until Wrath of the Lich King Classic’s September 26 launch. Prior to release, all WoW subscribers will be granted the ability to create one Death Knight per Classic realm, which they can bring to level 70 through Burning Crusade Classic™ content until September 26. In addition, players will also be able to purchase optional upgrades, including new cosmetic items and a level-70 character boost for those who might not yet have a fully leveled character.