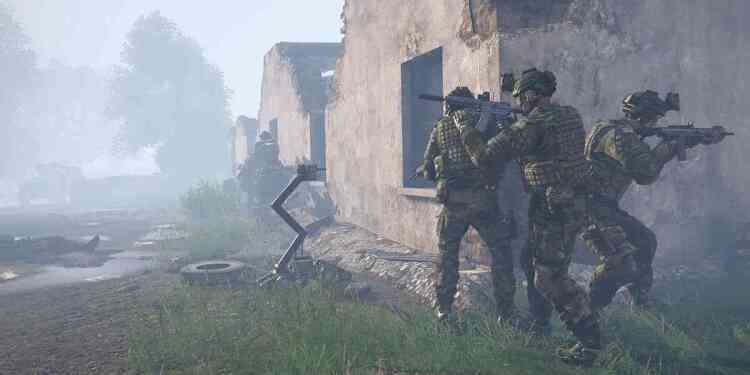 Sightings of a new terrain, factions, weapons, vehicles, and more

Following its reveal in May, Bohemia Interactive today published a brand-new trailer (watch on YouTube) for the anticipated upcoming Arma 3 spin-off expansion, Arma 3 Contact – which is scheduled for arrival on Steam on July 25, 2019.

Narrated by Game Designer Scott Alsworth, the new trailer goes beyond Arma 3 Contact’s extraterrestrial components – such as its military science fiction singleplayer campaign – to present a showcase of all the other sandbox assets that the Contact expansion will deliver to the wider Arma 3 platform, including a massive terrain, new factions, weapons, vehicles, and more.

The largest addition is a 163 square kilometer Eastern European terrain, which covers the partly abandoned Nadbór region within the larger Polish-speaking country of Livonia. This temperate summer environment is characterized by its many coniferous forests, open wheat fields, towns, railroads, the Biela river, and many interesting landmarks such as an old munitions factory, an abandoned radar station, and dozens of old bunkers from World War II.