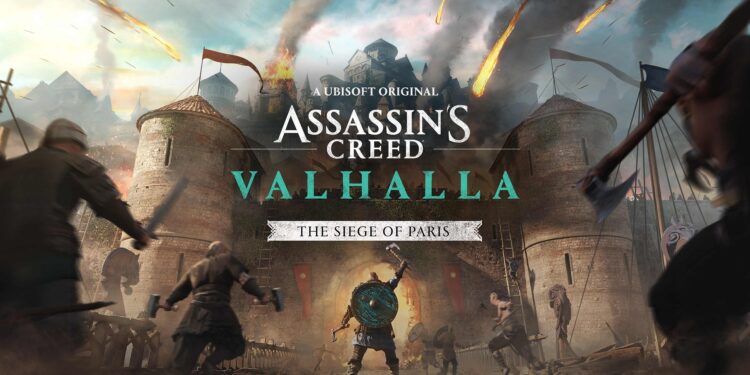 Here is the review of the latest expansion pack.

Assassin’s Creed Valhalla Siege of Paris DLC is back after a short break. And we are taking a look for it and decide if it is worth it or not.

Greetings to everyone after a short break. As you know, Ubisoft said that they will release 2 downloadable content for Assassin’s Creed: Valhalla. At first, we reviewed Wrath of the Druids. Now, we have prepared an article about the 2nd and the new addition package Assassin’s Creed Valhalla Siege of Paris. If you wish, let’s move on to our review without further ado:

What are the differences between the Wrath of the Druids and Siege of Paris expansions?

Another point I should mention is that we are encountering a much more gloomy atmosphere in the Siege of Paris. As for the map size, the two expansion pack maps are close to each other. Of course, I’m talking about size here. As a matter of fact, there is a lot of content in both add-on packages to keep you entertained. In Siege of Paris, a feature that we all miss has also returned, a feature that many of us have longed for years. Yes, assassination missions are back with this expansion.

As you know, the last few Assassin’s Creed games were out of line and had RPG elements. So far, he has not broken this line. But it looks like he used the Siege of Paris expansion pack to try something new. The producers have done a good job of immersing you in the beginning of the game, both with its dark atmosphere and the sudden start of events. At this point, I think it’s one step further from Wrath of the Druids. However, this does not mean that Siege of Paris is a completely different experience. Because it basically has many similarities with the previous expansion pack, Wrath of the Druids. Let’s take a brief look at the story of the additional package.

Yes, our adventure to France in Assassin’s Creed Valhalla Siege of Paris begins very spontaneously, as a matter of fact. As soon as you enter the game, a letter appears on our screen. He says two people called us and we have to go to that location. We are going to the base with strength. At the place we arrive, two characters we have never seen before, Toka and Pierre, come to us and demand support from us. Of course, our helpful Eivor does not refuse the offer, our people agree, they say it is customary and go to give a banquet. The day after the feast, we set out for France. Along the way, we see that a lot of events have happened around here, and our people are having another feast in France before they can fully grasp what is going on. However, things don’t always go the way we want, unfortunately, that’s what happens here as well, and we are suddenly attacked by the enemy. After pushing back the enemies, we naturally need to avenge this. This is how our story begins.

The gameplay part doesn’t need to be mentioned much, as a matter of fact, the difference between the main game and Wrath of the Druids is almost negligible. Again, Assassin’s Creed Valhalla Siege of Paris welcomes us with classic missions and mechanics. However, it should be noted that we can encounter items that we did not encounter in the main game in the additional package. Other than that, as I said, it’s exactly the same as the main game and the previous add-on, the only difference is the new maps and locations.

If you miss those old Assassin’s Creed games that are linear like me, this will relieve your longing a little bit. However, I think that the difference between the previous expansion pack is the assassination missions and the dialogues, it will leave people undecided whether to buy it or not. Because the only thing that makes Assassin’s Creed Valhalla Siege of Paris superior to Wrath of the Druids is these 5 assassination missions. Otherwise, the only visible differences between the two expansion packs are the map and dialogues. Because as we know, the tasks are; To take a task that we are used to from character A, which we have done a similar one before, and to complete it. Other than that, I didn’t notice any incredible difference.

Is Assassin’s Creed Valhalla Siege of Paris an expansion worth getting?

And also, you can read our Assassin’s Creed Valhalla main game review by clicking here. You can also click here to read our Wrath of the Druids expansion review.