It’s been 14 years since the first Call of Duty game. So the ones which were born when the first Call of Duty game released and the FPS world changed from the beginning to the end, are now in high school (we’re getting older). Numerous games developed for the series were able to reach sales numbers that made Activision very happy. However, it should be mentioned that after Modern Warfare 2, the series began to go down, even though the sales figures were not very seriously reflected. So here is our CoD: Black Ops 4 Review.

Call of Duty, which could not meet the players in terms of innovations they asked, has naturally been the target of the players’ criticism. The interesting thing is that the creator of the series, Infinity Ward, has been developing the most non-popular Call of Duty games in recent years. Call of Duty Ghost and Infinite Warfare are considered to be the worst games in the series. 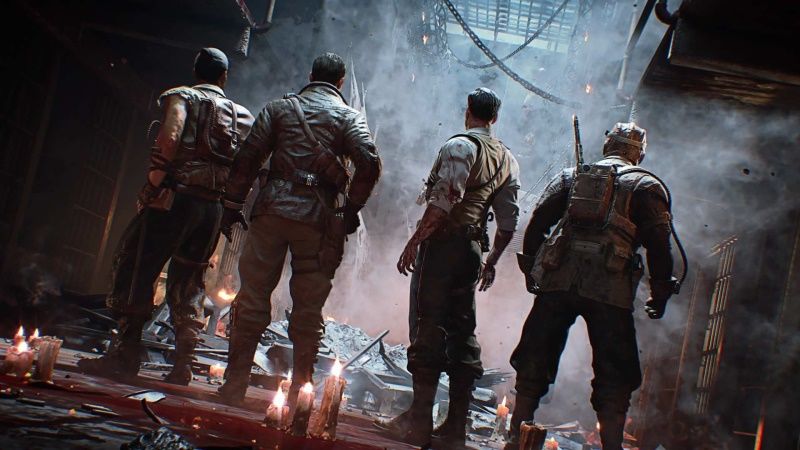 Last year, however, Call of Duty series invited us into the rebirth of World War II theme. Although the game came with an acceptable quality compared to the recent Call of Duty games, it still failed to give the exact expected value. This year, Treyarch, my favourite Call of Duty developer in recent years, set hands to it and got into the game with Black Ops 4.

Now, let me tell you the biggest difference that Black Ops 4 has compared to other Call of Duty games. There is no scenario mode in the game. Not at all. Treyarch took out the scenario mode of the game completely, which is perhaps the least important part(for the general gamer base), and gave all its concentration to multiplayer mode. Is it a good decision? Let’s evaluate.

Now, let’s start with Call of Duty’s standard multiplayer mode. There is so much to say for the Battle Royale mode, so I am going to talk about it in the end. First of all, there are 14 maps in multiplayer mode. However, the famous Nuketown map will be added in November. Four of these 14 maps are the remake of the maps we have seen in the past. We are faced with 10 maps that we can consider them as completely new. The design of the maps is very good in the general sense, visually beautiful and seriously balanced. However, I think this balancing-system kills the spirit of games. Symmetric maps that are constantly focused for the E-Sports can smash the atmosphere in the war games where the subject is completely asymmetrical. Although Treyarch designed both fronts differently, narrow streets can suffocate the player. Personally, I still miss the wide and large maps of the old Call of Duty. 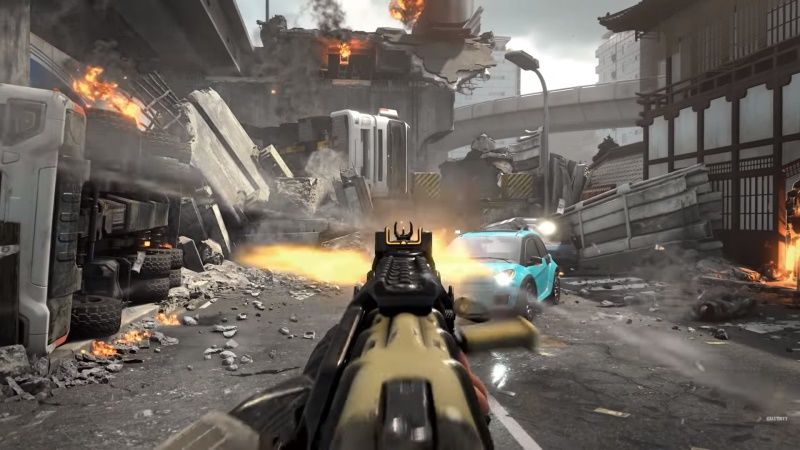 Call of Duty: Black Ops follows the footsteps of Black Ops 3 when it comes to characters, so every character you choose has its own feature and you can use it for the benefit of yourself or your team. There are 10 characters in total in the game for now. Six of these characters (Ruin, Prophet, Battery, Seraph, Nomad, Firebreak) came from Black Ops III, while four of them (Recon, Ajax, Torque, Crash) is completely designed from scratch. As I mentioned, each character has its own characteristic and power, for example, while some can leave ammunition for their teammates, while some have the ability to set up mines remotely. The ability to use these abilities properly in the game is very important. I can point out that teams that use their features or strengths have a great advantage.

Among the standard multiplayer modes, there are two modes that stand out with their innovations. One of these modes is the Control mode. While playing Control, your goal is to capture three different points on the map within a limited time. You can earn extra time for each time you capture. The defending team has the right to be reborn but it is limited, so the defending team must be careful. This mode is one of the modes where the special powers and equipment of the characters stand out.

Another new mode is Heist. In Heist mode, the aim of a team is to pick up the money bag at some point on the map and bring it to a certain point again. After reaching this point, to survive for a certain period of time. The interesting part of the Heist mode is that we start with a limited amount of money just like in Counter-Strike games. According to our performance, we earn money at the end of each round and we can buy equipment at the beginning of the new round. The fact that even the bullets are limited makes this mode quite exciting.

In addition to these two modes, classic TDM modes are also available in the game. Also, I can say that, for those who love hardcore, these hardcore modes are in the game. Black Ops 4’s multiplayer modes are fun to play compared to an FPS game. In addition, the game’s atmosphere is futuristic compared to some of the previous Call of Duty games. 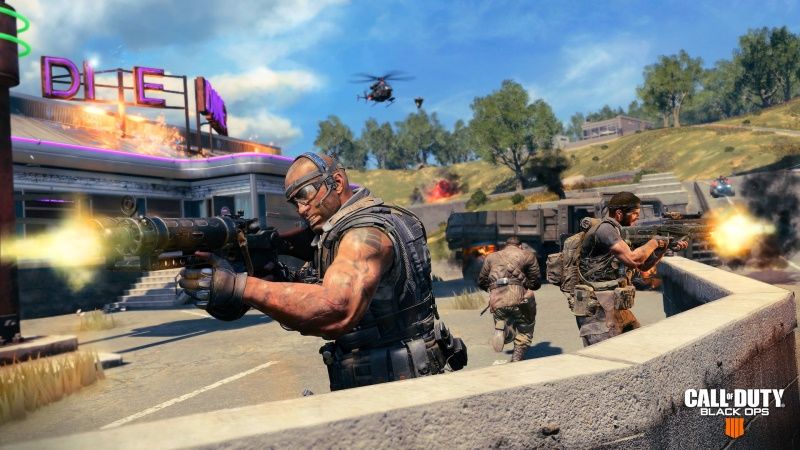 And let’s skip to the most exciting mode of Black Ops 4. Blackout, in other words, Battle Royale mode. The game world came under the domination of the Battle Royale games especially in 2018. With the tremendous rise of PUBG and the tremendous success of Fortnite, many big and small companies tried to get their piece of the pie with their own Battle Royale games or modes. Personally, for me, Activision was the company that surprised me the most. I’ve never guessed that a game like Call of Duty, which has been concentrating on small tussles on small maps for almost 15 years, would come up with a huge map and dozens of players with the Battle Royale mode. But however, Treyarch came up with the Blackout mode.

First of all, let me tell you this. Our Blackout mode is completely FPS. So we don’t have TPS option like PUBG and Fortnite. Actually, I think Treyarch could add the TPS mode to the game as we had seen in Modern Warfare 2 in the past which was very good. Who knows, maybe we can see the TPS mode with future updates.

Black Ops 4’s Blackout mode gives us an experience that we are used to from PUBG and Fortnite. But we can say it is a lot more dignified and qualified. FPS dynamics are very well in the Call of Duty series although it takes the heat. Blackout mode is a very enjoyable experience, with the Call of Duty’s fluency and the FPS mechanics. The ability to quickly climb up to the roof of a house with a Grappling Hook or set up a shield can be considered as the basic mechanics that distinguish Blackout mode from the PUBG.

I can say that the Blackout map is also very large and beautifully designed. In fact, the idea of combining many different Call of Duty maps on a huge map was already appreciated. We applaud Treyarch on this. On the other hand, the presence of zombies in some areas on the map and the addition of PvE elements in a PvP-oriented mode made Blackout highly dynamic. It’s nice to be able to do different things continuously while playing this mode.

There are also vehicles in this mode. Although the number of vehicles is very limited currently. We have a large truck, an ATV and a helicopter, that’s all. However, the presence of a helicopter in a Battle Royale mode has provided a very interesting experience. It seems like it is very easy to reach a destination by using a helicopter. However, Treyarch was very careful in balancing. It is easy to find a rocket on the map, and helicopters can easily be brought down even with standard weapons. In this way, players in the helicopter always have to be alert. 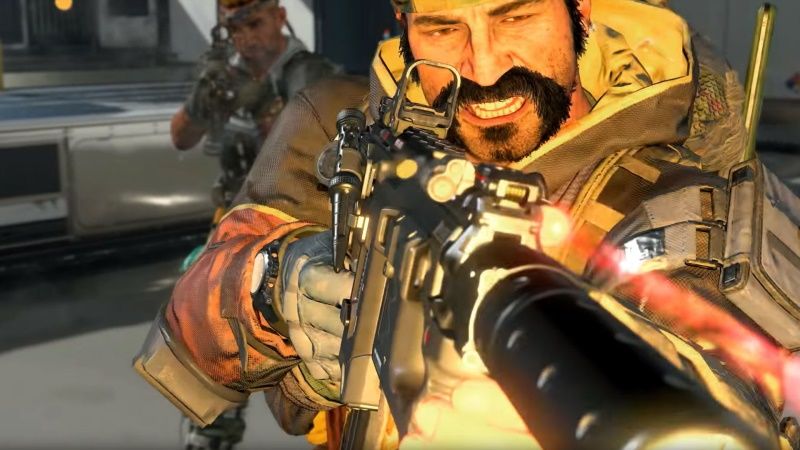 The weapons are the same ones that classic multiplayer mode has. However, I can state that the weapons are too ineffective when they have no attachments. It’s hard to use guns with high recoil on the large maps. But with the gun parts you find, the weapons become much more stable. You need to make extra effort to find gun parts while playing the mode.

Team play is very important in the game. In particular, having each player in your team to have different equipment can make you win the game, with good timing, of course. You may not be fully aware of this situation the first time, but as time goes by, you understand how important these features and equipment are and that you develop your style of play through these features and equipment.

I must mention that the Blackout mode suits the Call of Duty series and gameplay in general. Players who are interested in the Battle Royale mode, but who do not care AAA quality, should definitely give Call of Duty Black Ops 4 a chance. In fact, this mode is a reason to buy Black Ops 4.

Apart from the standard multi modes and Blackout, the Zombie mode is also in the game. Treyarch, the creator of Call for Duty, also manages to give what is expected in the zombie mode. If you like playing co-op games with your friends, the zombie mode will satisfy you in terms of content and enjoyment. 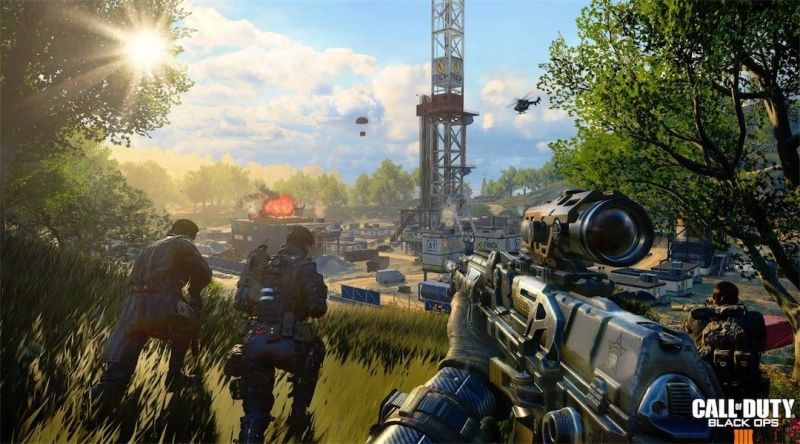 On the technical side, I will make my comments for the PC platform, but I can say that the PS4 and Xbox One have similar results. I can say that the graphics offer a very nice and clean image in standard multi and zombie mode. Textures, lighting and shadows are very successful. However, the situation is different in Blackout mode. Due to the limited structure of the consoles, the texture quality in Blackout mode is quite low compared to other modes. Also, the fullness and details of the maps were kept limited. However, the game on a gigantic map, with nearly a hundred players, PvP experience and the ability to do it in 60 FPS is already a great miracle, so the quality of the graphics should not be overestimated for this mode. But there is no such limit for PC. A higher texture quality should have been added specifically to the PC platform.

Sounds of the game also need to be divided into two. In the standard mode, we are familiar with the Call of Duty quality, and in Blackout mode, it is very successful that you can understand where the gunshots and sounds are coming from. But I can still say that you shouldn’t expect Battlefield quality.

Last but not least, Call of Duty Black Ops 4 seems to have an opportunity to take a high place in the lists this year, especially with Blackout mode. Especially if you’re a PlayStation or Xbox player and you’re looking for a really enjoyable Battle Royale experience, I suggest you don’t miss Black Ops 4. However, if you are using PC platform, I can say that PUBG will be enough for you. 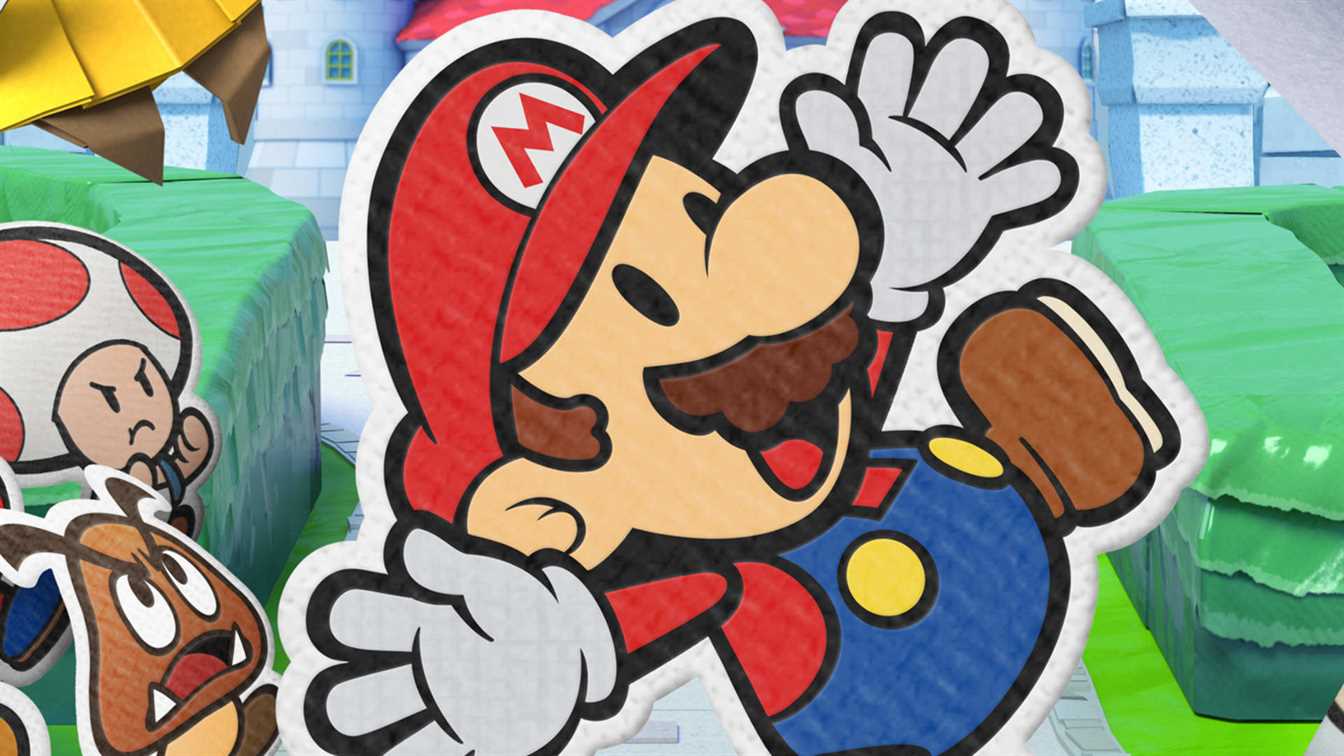 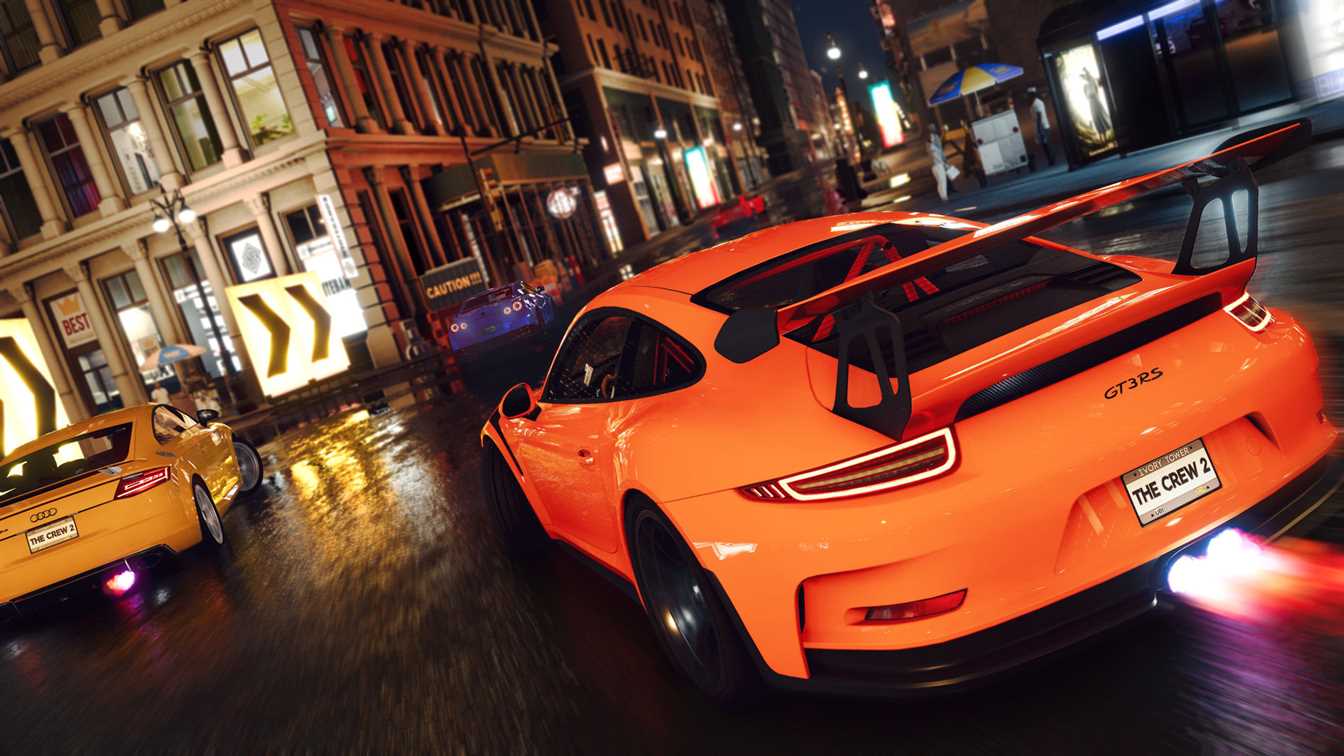 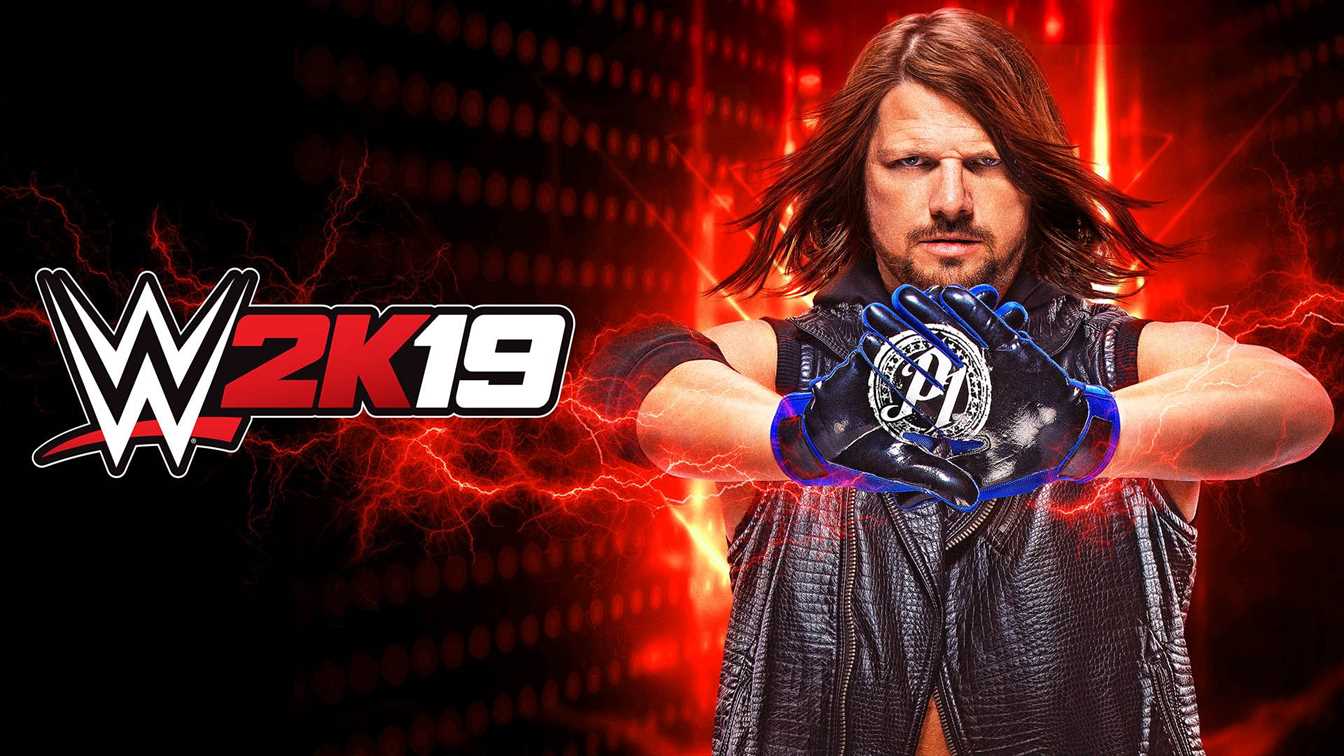 WWE 2K19 Review: Are you ready to change the rules 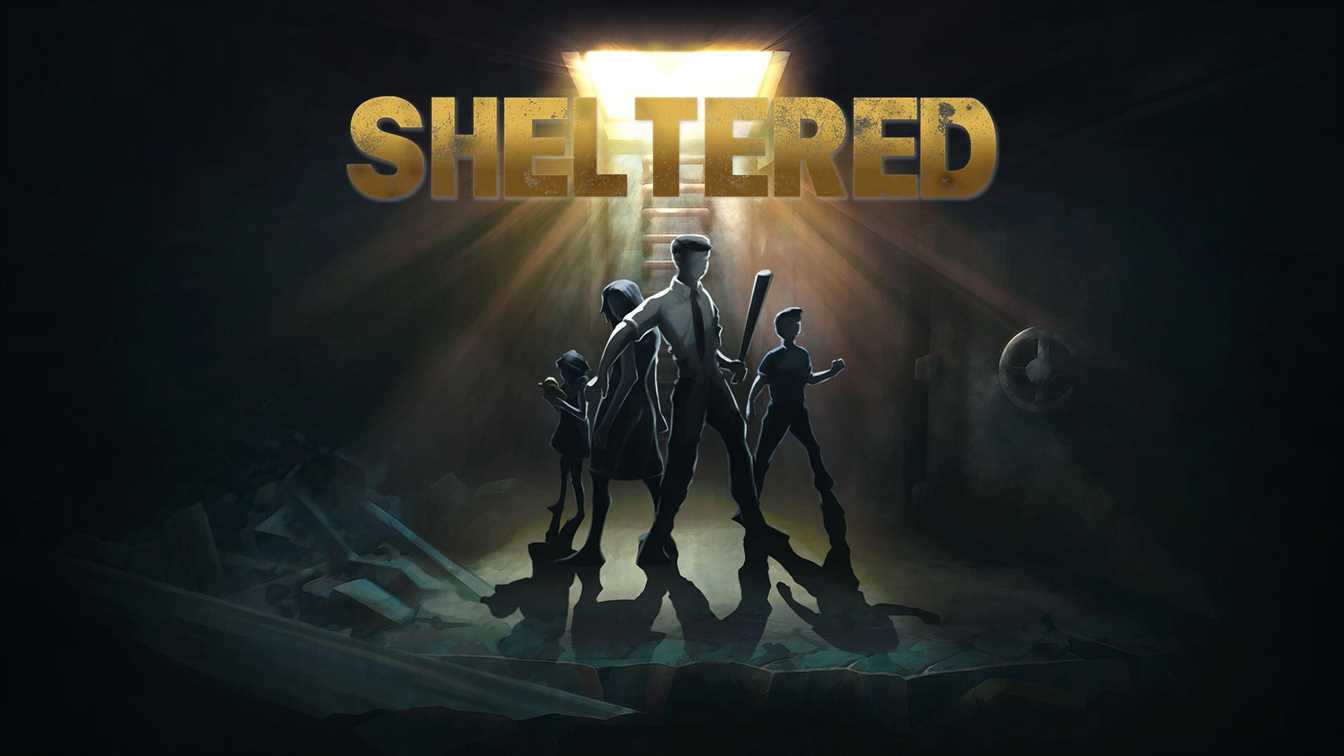