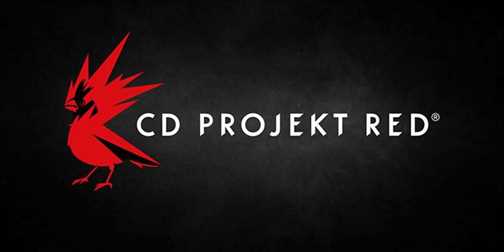 CD Projekt RED apologized to players who couldn't play Cyberpunk 2077 on PlayStation 4. Saying that they will work for the game to offer the best performance on this console, the team stated that they will release a software update within the next week. In addition, two major updates will come in January and February. Details are in our news.

CD Projekt RED apologized to players who couldn’t play Cyberpunk 2077 on PlayStation 4. Saying that they will work for the game to offer the best performance on this console, the team stated that they will release a software update within the next week. In addition, two major updates will come in January and February.

Cyberpunk 2077, which presented to the players as of last week, has the focus of discussions on many issues. In this context, one of the issues that the players talked about the most the PlayStation 4 version of the game. According to the feedback shared by the players, Cyberpunk 2077 gives a poor performance on PS4 and even crashes. As such, many players almost lined up to return to Cyberpunk 2077.

Sony did not offer a refund policy for purchased games. However, the company, which justified the problems experienced in Cyberpunk 2077, provided a special refund for this game. Furthermore, delivered the players’ money. However, this situation did not go unnoticed by the CD Projekt RED team, who is currently the focus of criticism. The developer team CD Projekt RED shared a statement on the matter and apologized.

CD Projekt RED: “We apologize to the PlayStation 4 owners”

Making a statement from its official Twitter account, CD Projekt RED apologized to the PlayStation 4 owners. Stating that they could not present the Cyberpunk 2077 experience well enough on this game console, the officials stated that they will continue to do their best and offer a unique experience for the old generation console owners. In addition, the developer team also announced a timetable for troubleshooting.

In a statement on Twitter, CD Projekt RED apologized for the state of the game, vowing to improve the game’s performance in the next few months.

“We would like to start by apologizing to you for not showing the game on base last-gen consoles before it premiered and, in consequence, not allowing you to make a more informed decision about your purchase,” the company wrote. “We should have paid more attention to making it play better on PlayStation 4 and Xbox One.”

The developer has stated that multiple updates are coming to address the console version’s current instability.

“[The next update] is coming within the next 7 days,” they said. “After the holidays, we’ll continue working – we’ll release two large patches starting with Patch #1 in January. This will be followed by Patch #2 in February.
Together these should fix the most prominent problems gamers are facing on last-gen consoles.”

Players are expected to keep their expectations in check. CD Projekt explains that the updates “won’t make the game on last-gen look like it’s running on a high-spec PC or next-gen console”. However, they do claim the patches still make the game “closer to that experience than it is now.”

According to the statements of CD Projekt RED, many patches have already been released for PlayStation 4. Stating that they will not be satisfied with that much, the company announced that they will offer a new software update within the next week, thus solving the problems in general. Stating that there will also be two major updates for PlayStation 4 owners in January and February, CD Projekt RED states that the best possible experience will be offered with these updates.

Ubisoft Distribute Free Games and DLC Every Day Until December 19