One of the best games in 2019, Control, released AWE pack (Altered World Event). Moreover, Alan Wake that we have been waiting for a long time includes the pack. We will focus on Control AWE DLC is worth buying. Does it meet the expectations of Alan Wake fans? Additionally, is this DLC convenient for those of not playing Alan Wake? What is the difference of the new DLC than the previous DLC Control The Foundation? Let’s clarify together with our Control AWE review.

While waiting for the new Alan Wake game

Recognized, Alan Wake appeared exclusively on the Xbox 360 console in 2010. This action-adventure game drew the attention of some gamers. The story is that the famous thriller novelist Alan Wake struggles to reveal a mystery during his vacation. Alan Wake’s American Nightmare released thereafter having released 1 game and 2 DLC packs. However, American Nightmare didn’t make the players happy. Control’s new DLC pack AWE offers to meet the expectations of the fans.

I remember one time, I thought that ‘they may develop a new game’ when I saw some papers about the cases of the Town of Bright Falls including Alan Wake. Just before the release date of the new AWE pack, we learned the new pack was about Alan Wake and the paranormal cases where is in Bright Falls. Of course, this news satisfied me. Nevertheless, I would like to state that -especially for Alan Wake fans like me- the long-waited Alan Wake game hasn’t appeared yet. 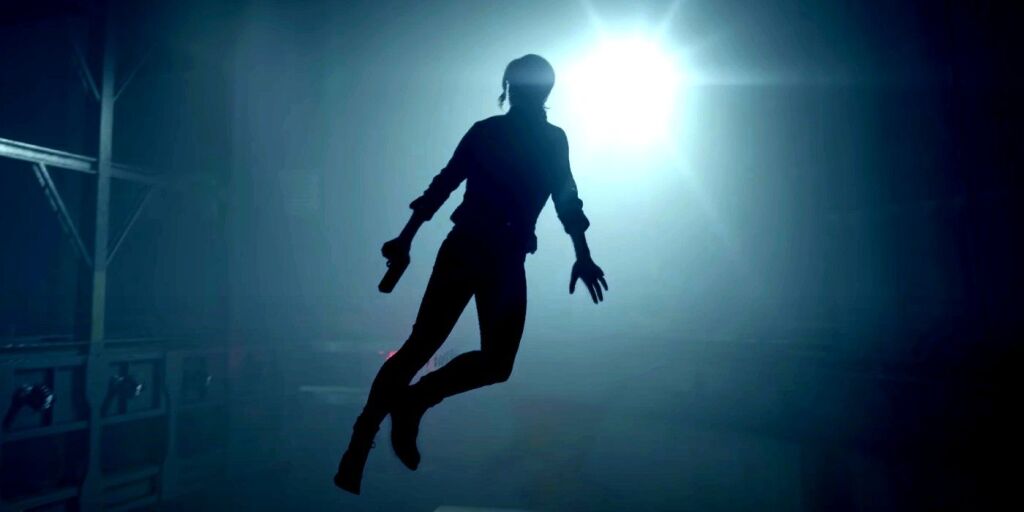 Alan Wake is lost for a long time and it is thought he is dead. Though, Alan Wake’s voice directs the protagonist Jesse to go to the Investigations Sector of the Oldest House. By the way, Investigations Sector is the place where Dr Emil Hartman, the psychiatrist from Alan Wake, is napped by the Darkness (the evil force). So, it is close and inaccessible for a while. As soon as getting on the elevator and arriving there, we realize the reason why Investigations Sector is out. This area is very dangerous. The Darkness turns Hartman into a monster and also there is a new enemy called Hiss capturing the Bureau.

Hey there, turn the lights on

Control Awe has darker, scarier and more linear gameplay in contrast with other packs. We should avoid the shadows apart from the previous enemies from the main game and The Foundation. We encounter 3 main areas while following the corrupted (by The Darkness and Hiss) Dr Hartman and we try to halt to the doctor. On the one part, we make contact with Alan Wake trying to communicate via the Hotline.

Some of you are worried about this DLC; ‘Nah, I have never played Alan Wake and it doesn’t make sense to me’. I want you to know that this is a storm in a teacup. In the last instance, we play Control; although the game includes a lot of Alan Wake’s items from the game.

We have ‘Altered Objects’ and documents and recordings concerning altered objects. Also, there are some altered objects like two arcade machines, a train, and vending machines.

Moreover, AWE pack contains a new Service Weapon form called ‘Surge’. This is a grenade launcher. We can stick up to 3 explosives to surfaces or enemies. Then we can detonate them remotely anytime we want. These sticky bombs provide to set a trap for enemies and to explode on them. Since I am used to fighting via ‘Launch’and the first weapon. These bombs are useful especially in the final boss battle and in the horde mode (Crowd Control).

As I said, we are playing Control despite some Alan Wake-issues. So, even the enemies of Control are different from those of Alan Wake. For instance, we don’t meet any ‘Taken’ there. Some of you must be remembering, Takens are the enemies in Alan Wake and we can injure them only by reflect light on them. We don’t examine the effect of the darkness during the game, except for Dr Hartman scenes and puzzles. 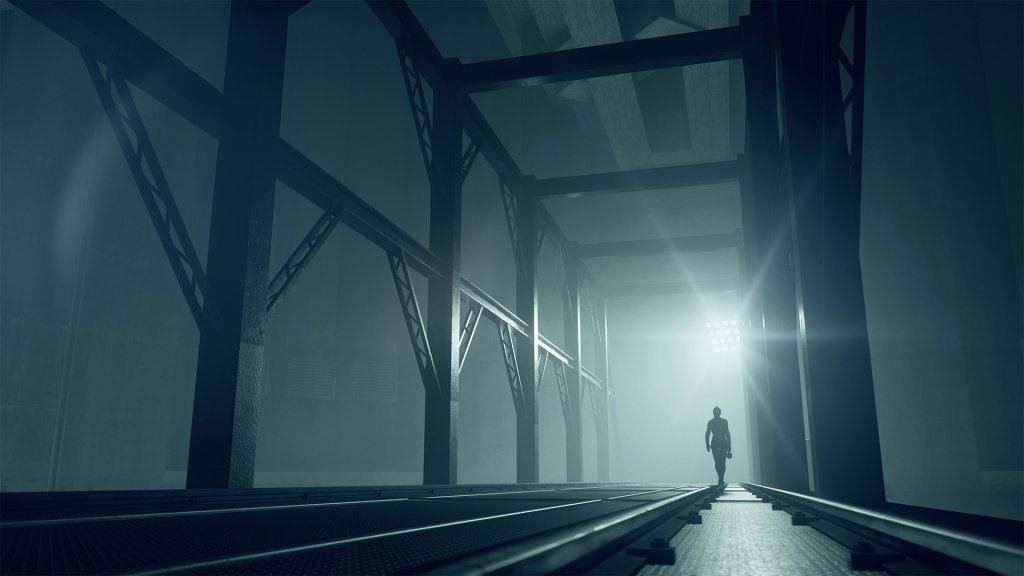 Considering that Jesse has no lighter, searching for projector may be problematical. However, we need to find some portable generator to wipe off the darkness. Luckily, it is a short game. There is the Hiss Airborne Rangers even though we have no enemies captured by darkness. Besides the enemies we know previously, we have Hiss levitating, dodging the attacks, and using a powerful weapon to fight Jesse.

While playing Control or The Foundation, both of them requires to do side missions, apart from the main task. Unlikely; AWE has more linear gameplay, it offers 2 side missions and Ahti’s (Ahti is a mysterious paranormal entity, he is a janitor) cleaning missions. Besides, we have the ‘Shum’ arcade machines. The side missions are about to the referent objects where take place in the Investigations Sectorhjvfjfıfjg. We have the side missions like sending mysterious chain letters, contacting alien beings, and solving haunted train mysteries. On the other hand, Ahti’s missions are the basic janitorial jobs giving the news game mechanics. Speaking of Shum arcade machines, it appears that they can increase its gameplay.

Even though Shum is one of the most famous arcade machines, we have just two machines. When we interact with the Shum arcade machine, we will be transported inside the games cabinet. Subsequently, we can choose either Crowd Control or Deadline; one of the machines includes a time trial mode (Deadline) and a horde mode (Crowd Control). The other machine enables us to replay the boss battles. The second machine provides to replay some boss battles like The Former, Mold-1ve The Anchor. Also, it let us play again Astray Maze which is the most entertaining part of the game. When we complete these modes, we can get an achievement/trophy called Workplace Recreation.

Is anybody there to give me a lighter?

I want to talk about the negative aspects of this new pack. Firstly, environmental design is disturbing a bit. It has been possible to meet the different designs on the Foundation including a new underground area. On the other side, the AWE pack just opens a new part of the Bureau and there is no new area. So, we feel like to wander again the areas we have seen in the main game.

Secondly, the representation of the story can be boring. The pack begins automatically. It continues with the narration of Alan Wake while going to the elevator. Also, the repetitive puzzles and searching for the generators in dark are the details making me annoyed. Especially during in combat, lacking any item just to enlighten us made me crazy. Where the hell are they?

The Ultimate Version of the game released with a free update. So, the new features are available for the players without buying DLC’s. There are many excellent features like checkpoints for boss-fights, the new control points and some useful skills. Also, we can modify the rules of the game considering what we need thanks to the new Assist Mode.

Via Control: AWE, we meet Remedy Entertainment’s RCU (Remedy Connected Universe). As I said, don’t expect Alan Wake story from this pack. We need to remind ourselves, we are just playing the Control expansion including the story of Alan Wake. So, it is possible to have a pleasant time in this way.

If you didn’t play Control game, you can read our Control Review, first. 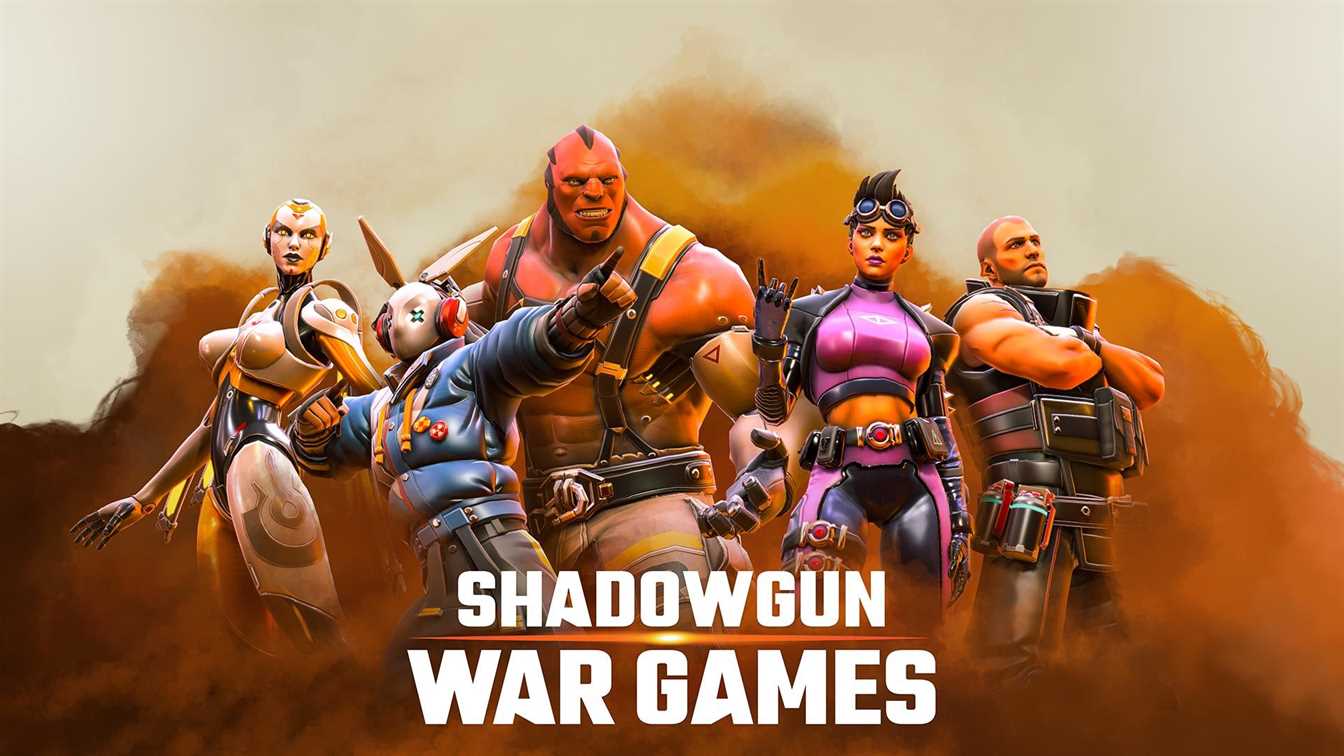 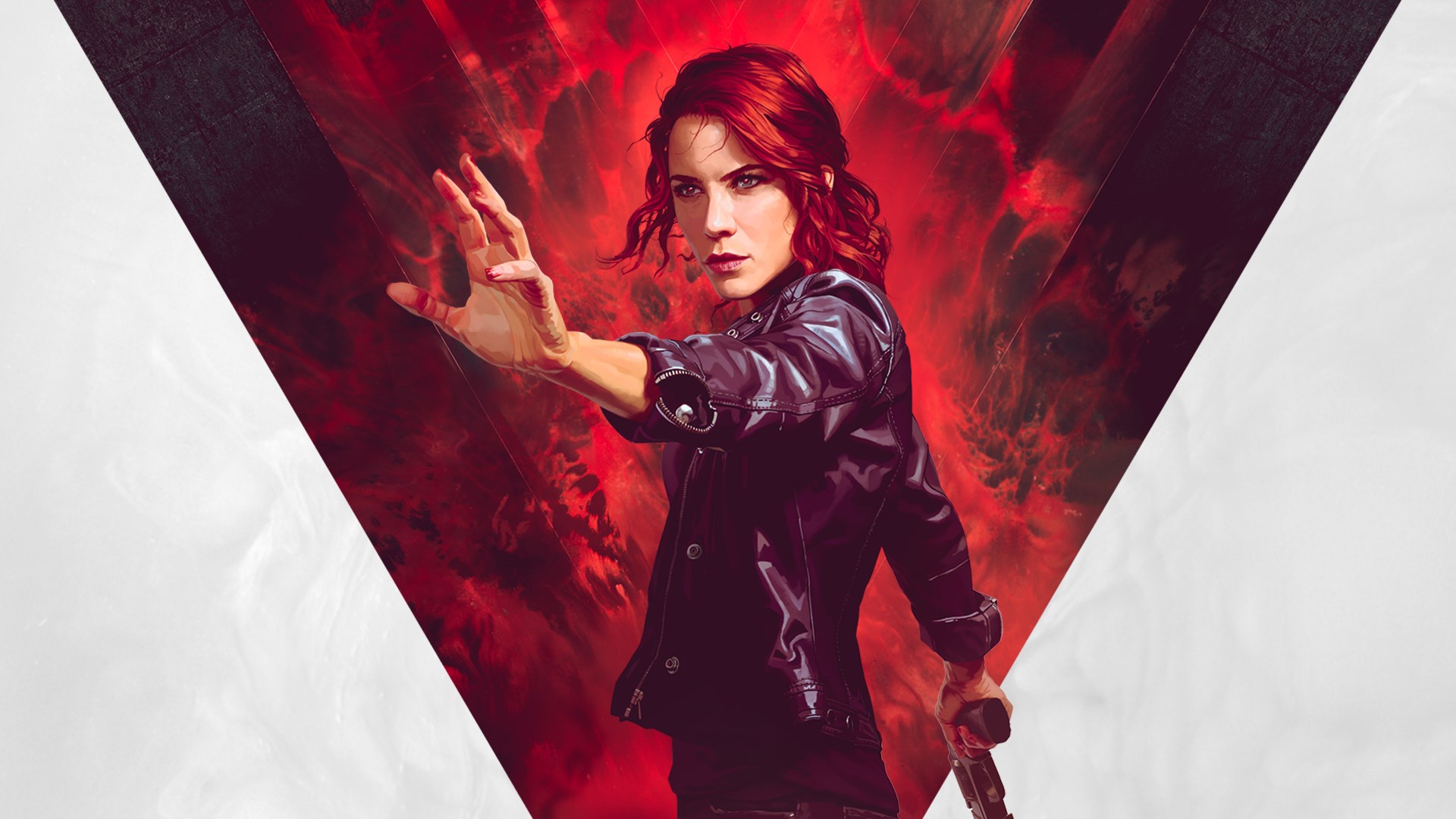 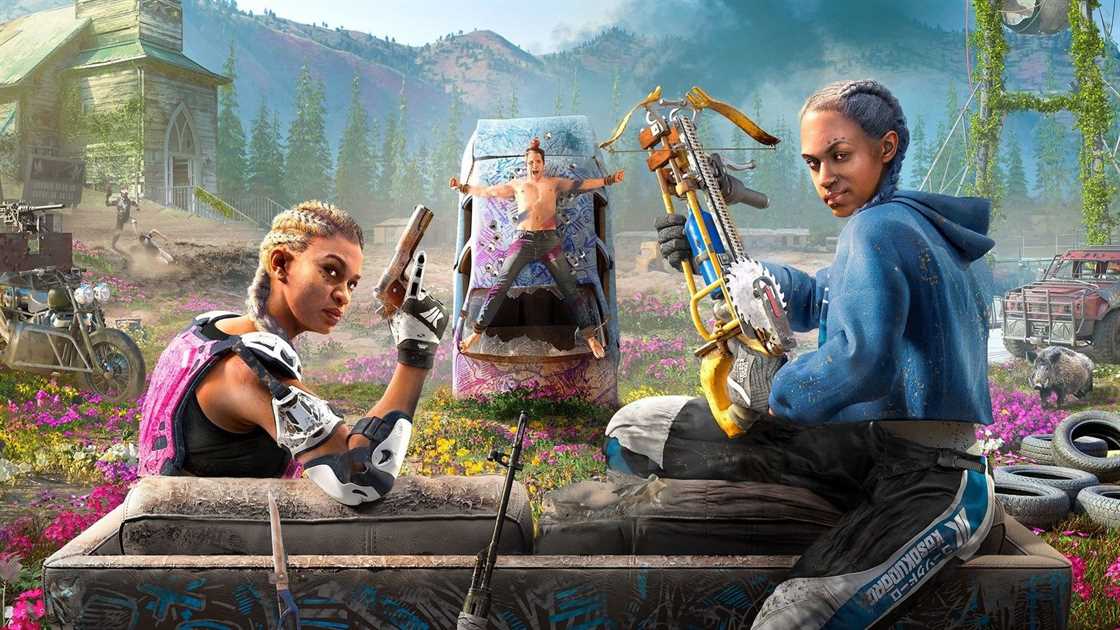 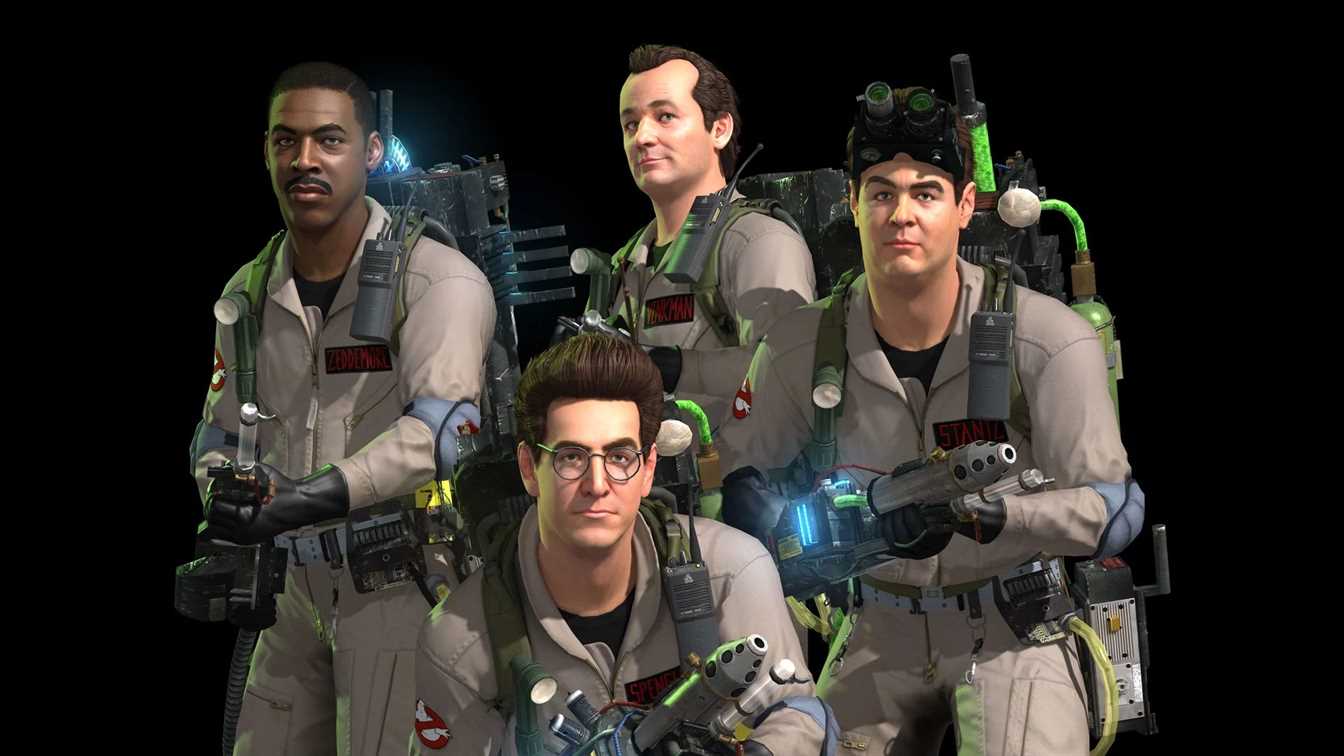