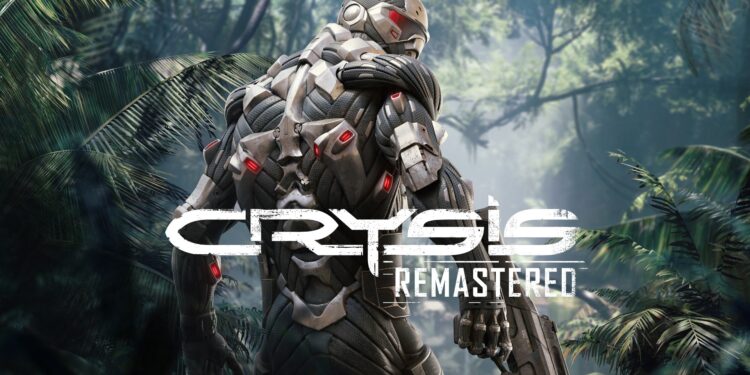 Even it is just left three days for the game to be released, Crytek revealed an official Crysis Remastered 8K Trailer. The graphics looks fantastic.

As we all know, it is just a very short time left for Crysis Remastered to be revealed. Even it is just left three days, Crytek revealed an official Crysis Remastered 8K Trailer. In the trailer, we can see the improvements in graphics and gameplay compared to the original Crysis.

Crytek said: “Crysis Remastered takes advantage of current-generation hardware and technology advances in CryEngine to bring a range of visual features to Crysis, including ray tracing, global illumination (SVOGI), rippling caustics, up to 8K textures (including an 8K Nanosuit), enhanced particle and explosion effects, and more. And on PC, players can experience the game in the “Can It Run Crysis?” mode, an ultra-high graphics setting that will push even the most powerful hardware to its limits!” about the upgrades in the game.

Crysis Remastered already available for Nintendo Switch. And the game will release for PC, PlayStation 4 and Xbox One on September 18. We also know that Crysis Remastered will be an Epic Games inclusive. So we will be able to get it from the Epic Store. You can watch the Crysis Remastered 8K Trailer below. Stay tuned, enjoy.

Crysis begins with the capture of US archaeologists around South China in 2020 by North Korean soldiers. The archaeologists were just about to make a major discovery. So, the US government dispatches a special operations team equipped with Nanosuit.

As time passes, it becomes clear that the main threat in the area is not North Korean soldiers. When Prophet, the leader of the special operations team, abducted deep into the forest by an unknown force, our main characters Nomad and Psycho left alone.

As Nomad and Pscyho progress on their mission, they learn that the unknown force is an alien race named Sef. Afterwards, Nomad goes to the mothership of the aliens to rescue Prophet. Nomad manages to escape from the region after these events. Prophet is staying behind to fight the aliens. When Nomad finds out that Prophet is behind, he wants to return.