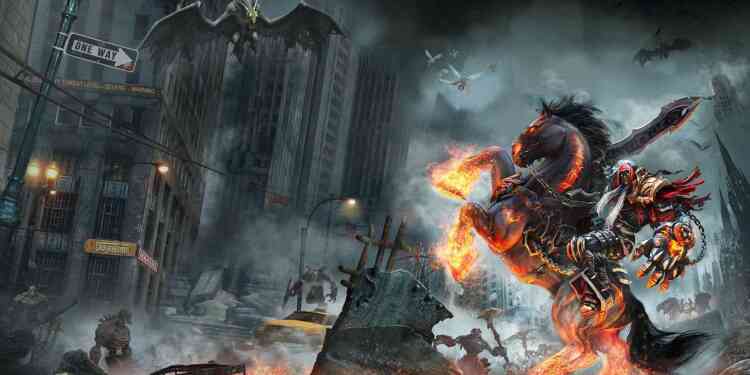 The Apocalypse on Nintendo Switch has now begun

Prepare your controllers, Nephilim! War and Ruin have begun their ride again! Go back to the roots of the Apocalypse and fight the Hell on Earth with Darksiders Warmastered Edition, out now on Nintendo Switch for a SRP of $29.99, both digitally and in retail stores.

Want to fight on other platforms? Darksiders Warmastered Edition is already available for PC, PlayStation 4 and the Xbox One family of devices including Xbox One X.

Deceived by the forces of evil into prematurely bringing about the end of the world, War – the first Horseman of the Apocalypse – stands accused of breaking the sacred law by inciting a war between Heaven and Hell. In the slaughter that ensued, the demonic forces defeated the heavenly hosts and laid claim to the Earth.