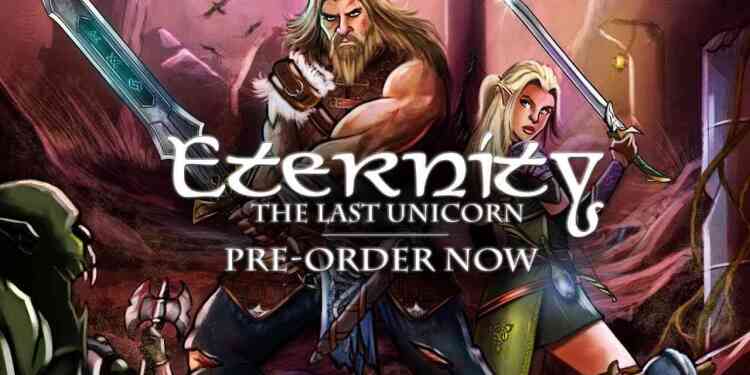 Pre-orders available now on Xbox One until April 16

Hot on the heels of its launch on PC and PS4, 1C Entertainment and Void Studios’ Eternity: The Last Unicorn is officially coming to the house of Microsoft. Launching on Xbox One on April 16, 2019 for $19.99 USD / 19,99 EUR, pre-orders are available now through launch for this nostalgia-fuelled action RPG of mythic proportions.

Eternity: The Last Unicorn proudly throws back to the days of classic action RPGs when camera perspectives were fixed and players were rewarded and encouraged to explore the world around them. Showing a clear reverence for the genre’s roots and its penchant for tense combat, players step into the boots of two different heroes – Aurehen, the young elf or Bior, the fierce viking – each with their own unique stories to uncover and abilities to master.

Joining forces, they set out to hunt down the last unicorn, taking down epic bosses along the way in an effort to lift its curse and preserve the waning immortality of the elven people. Breathing life into its world, Eternity: The Last Unicorn draws heavily from traditional Nordic folklore, weaving a tapestry of fearsome gods and beasts, as players face the likes of Úlfrstórr the Giant Wolf, Jökul the Jotun, and Gullveig the Witch.