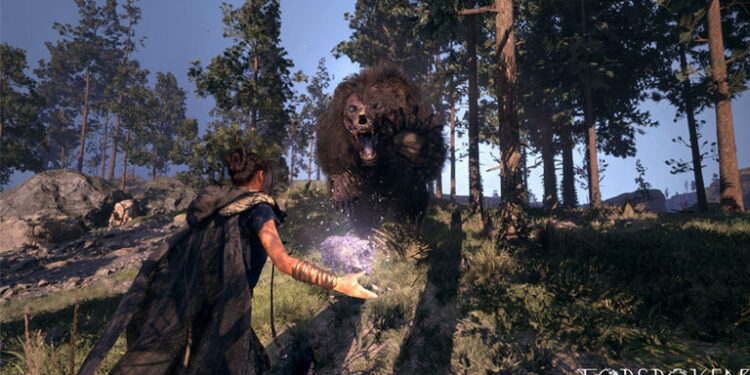 New and beautiful-looking screenshots have emerged for Forspoken, which appears under the name Project Athia. The game will be released in 2022.

Project Athia, which appeared as an unnamed project, was announced as Forspoken last week. New screenshots have been shared today for the game developed by Square Enix and Luminous Productions. Nvidia GeForce Turkey’s Twitter account revealed images shared by the graphics of the game.

As you know, we got the first detailed information about the game at the Square Enix Presents presentation last week. In the presentation, a new announcement video was published, which touched on the story, gameplay, and atmosphere of the game. Now Forspok for the Nvidia GeForce Turkey has shared new screenshots via the Twitter account.

In fact, the screenshots that seem to be taken from the trailer released recently reveal the strengths of the game one by one. At the same time, it reveals the game’s enormous enemies and, at times, its gloomy, sometimes engaging atmosphere. In the trailer, the attention of the actors was that the environment looked a little dull, of course, it is very difficult to reach an inference about this issue from the screenshots. Nevertheless, it is difficult to say that it will upset us in terms of graphics, assuming that the game is on the new generation PlayStation 5.

Based on the published trailer and screenshots, we can say that the Forspoken boss battles will be quite exciting. Different enemies such as the rather large dragon, the mutant bear were among what we have seen so far. In addition, the fast nature of the game seems to give us great pleasure both while traveling in its world and during its wars. Again, we can say that the enemies are at least as fast as us.

Also, don’t forget to read our news about the first trailer for Forspoken. That’s all we know about the production that will be released in 2022 for PlayStation 5 and PC platforms. Forspoken, where Frey Holland will be helped by his magic while struggling to survive in a fantasy world, will be released next year. So what do you think about this game? Do not forget to share your views with us and other readers in the comments section just below.

We Are Football Announced for PC - Football Manager