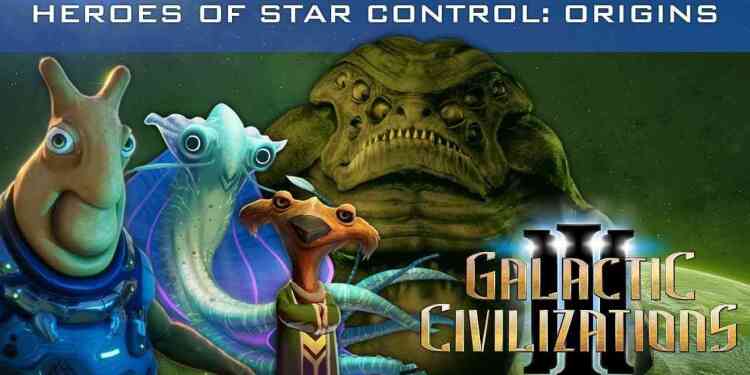 We’re excited to be bringing the aliens players love from Star Control: Origins into Galactic Civilizations III. We’re taking an already massive gameplay experience and letting you customize and make the largest strategy space game ever, even larger. Each new faction’s unique leader, ships, music, and traits makes each of them look and play differently from each other and the existing civilizations.

Some features that players can look forward to in the new DLC are:

•   Dozens of new ship parts from Star Control: Origins for building and modifying your own ships

All of the new factions in the DLC have unique traits that are suited to their playstyle and histories. The Tywom, for example, have a trait called “needy” that grants them a morale bonus whenever they make new friends. The Mowlings come with a slow, but powerful ship piloted by the mighty Jeff, who orbits planets and strikes at anyone who comes to mess with his subjects. The Mu’Kay start the game with Universal Translator and Interstellar Alliances techs, and the Free Trandals, suspicious of anything without a proper pulse due to their enslavement under the Overmind, have bonuses when dealing with synthetic and silicon-based lifeforms.

In addition to the release of the new DLC, v3.1 is also available today. This update adds some important AI and quality of life changes, as well as the ability for players to design their own color palettes for custom factions. With v3.1, players will be able to adjust the color scheme for the UI, maps, and ships as well.

v3.1 is now ready for download and the Heroes of Star Control: Origins DLC is available on Steam for $5.99. For the full changelog and more details, please visit our forums.