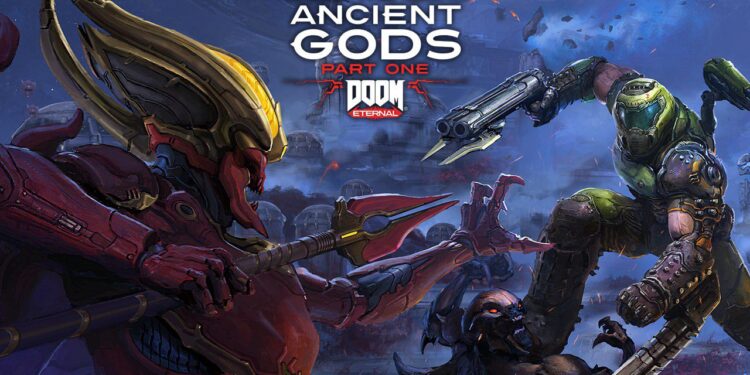 Bethesda announced the release of The Ancient Gods expansion pack, which will add a story mission to the Doom Eternal game.

The Ancient Gods Part 1 has been released, which will add story missions and innovations to the Doom Eternal game. Also, in this story of Doom Eternal, one of the best action games of the year, we will go into a fast action with Doom Guy again. Bethesda’s statement and details on the subject are as follows;

DOOM Eternal The Ancient Gods, Part 1, the new single-player part of DOOM Eternal, id Software’s record-breaking and critically acclaimed game, is now playable on Xbox One, PlayStation 4, PC, and Stadia. Furthermore, the battle of DOOM Slayer, who managed to defeat Khan Maykr and destroy the resurrected Icon of Sin, is just beginning. Thus, unleash your anger and face your greatest test yet as you make your firm strides towards Maykr’s realm. So, defeat powerful new threats, restore order to the skies and uncover the corruption that plunges the universe into chaos.