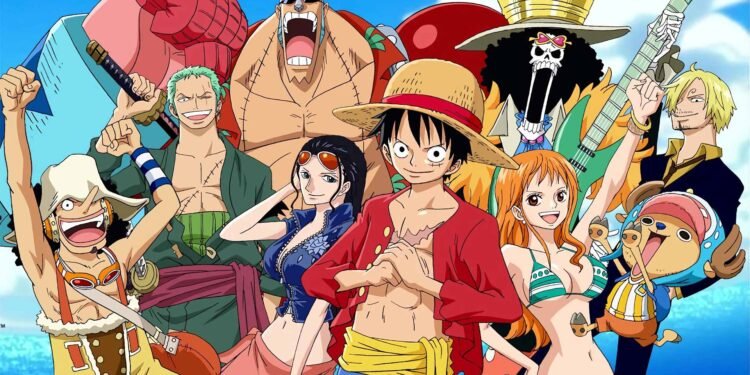 ONE PIECE Music Symphony returns with the latest adventures of Luffy and his crew in a film concert! Starting from Dressrosa where the previous concert left off, this new show will for the first time relive the arcs of Whole Cake Island, Zou and Wano Country.

ONE PIECE Music Symphony is the only official concert dedicated to the adventures of ONE PIECE. This third edition will be held for the first time worldwide in Paris on 10 April 2021 at the prestigious Salle Pleyel, a stone’s throw from the Champs-Elysées. With videos perfectly synchronized with the music projected on a giant screen over 15 meters long, action, adventure and emotions will once again be on the program, sublimated by the power of a symphony orchestra with more than 50 musicians!

More than 50 musicians on stage

About ONE PIECE Music Symphony
ONE PIECE MUSIC SYMPHONY features a professional top-notch orchestra of more than 50 musicians playing live on stage accompanied by an HD video projection on a giant screen bringing together all the best moments of Luffy and his faithful companions. The show has already had two versions and currently offering a brand-new third one. An original and attractive way to educate young and old alike about orchestral music, where the themes of the series are played identically to the way they are broadcast in the TV series! The show also raises awareness about the essential impact of music brings in a work like ONE PIECE. Indeed, does music not have the power to amplify emotions? Suspense, thrills, adventures, magic … all these emotions are endlessly sublimated thanks to the magnificent soundtrack of the series which perfectly accompanies the thrilling story!

Dressrosa – Whole Cake Island – Zou-Pays de Wano
This concert will focus on the latest arc of the TV series :

To buy tickets, you can use this link.