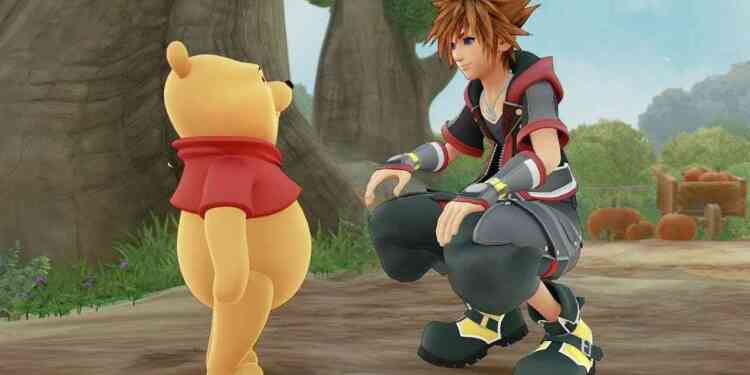 KINGDOM HEARTS III continues to grow with a first look at the 100 Acre Wood, based on the classic Walt Disney Animation Studios’ animated franchise, Winnie the Pooh. In a new trailer unveiled by  Square Enix Ltd., and Disney, Sora joins the loveable Pooh Bear and his pals Tigger, Piglet, Rabbit, Roo and Owl, to help return their home amidst the green trees of 100 Acre Wood  back to normal through unique mini-games.

SQUARE ENIX also showcased new, never-before-seen gameplay and further peeks into the story of KINGDOM HEARTS III. The trailer shows off new footage from Sora’s battle in Twilight Town with the Winnie the Pooh Keyblade, as well as team up attacks in the Disney and Pixar worlds of Hercules, Pirate of the Caribbean and Tangled. It also provides the first glimpse at Chirithy in the game, who many will recognise from KINGDOM HEARTS Union ?[Cross] and KINGDOM HEARTS HD 2.8 Final Chapter Prologue.