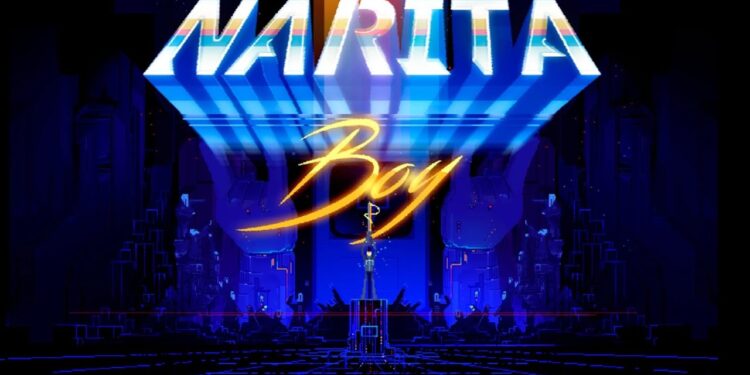 Publisher Team17 and developer Studio Koba gave a release date for Narita Boy, the 1980s-themed side-scrolling action-adventure game. Also, the debut trailer was released on YouTube by publisher Team17. Besides, the game will be released on March 30 for PlayStation 4, Xbox One, Switch, and PC (Steam). Finally, the game will be included in Xbox Game Pass on console and PC from day one.

Narita Boy is a heart-felt love story to the 1980s, featuring a narrative-driven adventure that takes players to a game inside a game, battling powerful bosses and overcoming puzzles in order to uncover the secrets of the Digital Kingdom and — ultimately — its creator.

Narita Boy puts players in the shoes of the eponymous digital warrior chosen to wield the Techno-Sword, a legendary weapon capable of defeating fearsome foes in melee or from afar as it instantly transforms into a shotgun or devastating laser beam. By using this new weapon and with the help of the Motherboard, the spiritual leader of the Digital Kingdom, players will face corrupted enemies and hulking bosses to save the electronic synthwave world from the invading Stallions, a group of rogue code bent on forced rule and subjugation During the journey, players will also explore the memories of the creator that reveals his story, from his early years in Japan, to his creation of — and connection with — the Digital Kingdom.

Finally, you can watch a new trailer below.