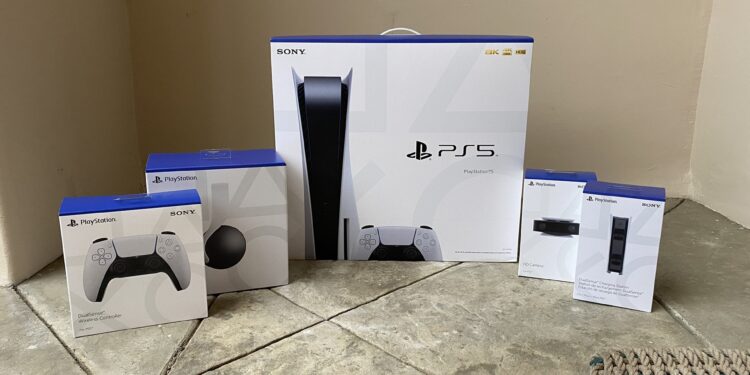 Journalists got their hands on to the new console.

You might know that the PlayStation 5 review units are out now. Selected lucky journalists got their hands on to the upcoming next-gen console. And they already started to share the pictures of the console. Let’s take a look some of the pictures.

PlayStation 5 is now in the hands of the selected journalists. And one of them is Greg Miller. He was an ex-editor on IGN. He shares the pictures of the PlayStation 5 box from his official Facebook page. But sadly, we can not see the console itself from the pictures he published.

At the front of the box, we can see the console itself and the DualSense controller. On the backside of the box, we can see some features of the upcoming console such as 3D Audio technology, customized CPU and high-powered SSD and the backwards compatibility feature. The feature will be available for the selected PlayStation 4 titles via a system update.

But Greg Miller is not the only one who got a review unit of the PlayStation 5. We can see various people getting their hands on to the upcoming console. A Twitter user also shows us the console itself from the sides. But I must admit that it looks bigger than I expected.

Geoff Keighley is also the lucky one as he also has got a Review Unit of the PlayStation 5. From the picture he shared on Twitter, we can see that he has the console itself, a DualSense controller, a Pulse 3D wireless headset, a PlayStation 5 HD Camera and a DualSense charging station.