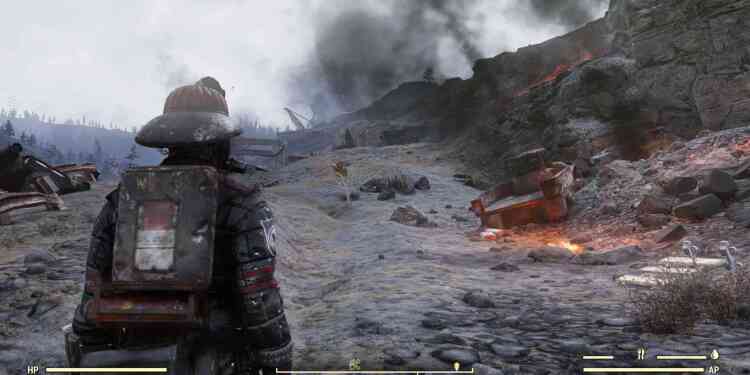 You need to be patient.

After Fallout 76 released, Bethesda faced so many problems. Game has lots of bugs but beside that one of the biggest problem was Fallout 76 Power Armor Edition canvas bag. Players who bought this edition, got nylon bags instead of canvas bags. Players complained about this situation in social media and Bethesda responded and said them they would replace nylon bags with canvas bags. But it seems this will take some time.

According to Bethesda, replacement of nylon bags will take 4-6 months

A Reddit user took a mail from Bethesda about canvas bag replacement. In the mail, Bethesda stated that replacement of nylon bags will take 4-6 months.

“Your request has been validated and you’re approved to recevie your new canvas bag once it has been manufactured. Please allow 4-6 months for manufacturing and delivery.” Bethesda says. Also players who bought Power Armor Edition, will be given 500 ATOMs by Bethesda. 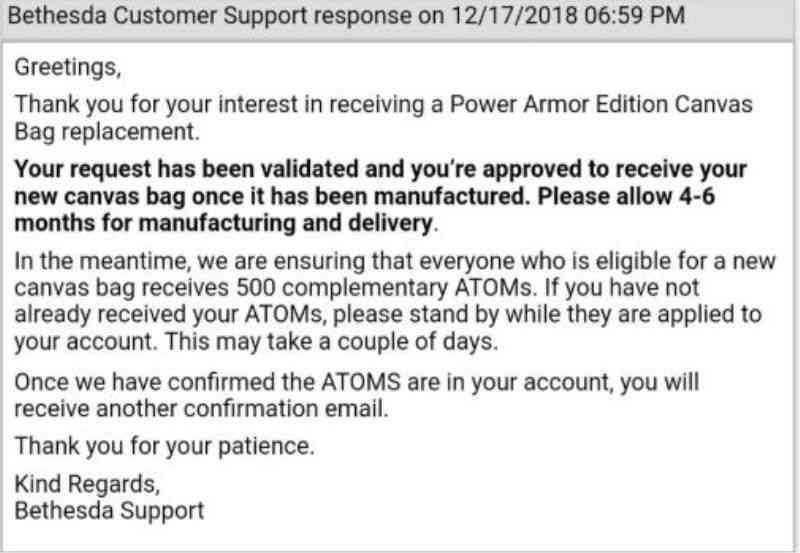 Bethesda manufactured canvas bag for Fallout 76 Power Armor Edition before and send them to influencers only. This made players more angry and they accepted a replacement. But it seems this will take so much time. What do you think about that?