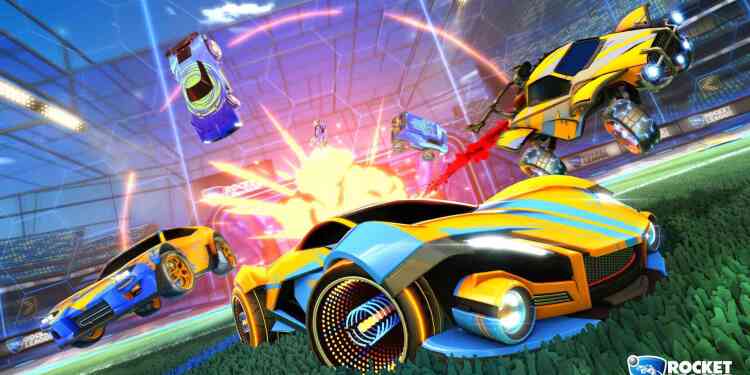 The Season 9 Update for Rocket League featuring the Hot Wheels® Triple Threat DLC Pack is now rolling out on all platforms.

The Hot Wheels® Triple Threat DLC Pack is available for purchase for $5.99 (or regional equivalent) and includes three Hot Wheels® Battle-Cars and three creature-themed Toppers. Additional Hot Wheels content outlined below is available to all players for FREE in this update.

Alongside the DLC launch the content included in the Season 9 Update is:

Competitive Season 8 has ended. Titles and items will be awarded for your highest rank achieved during the season. Season 8 Rewards are custom, non-tradeable Rocket Boosts

You will have a unique MMR for each Playlist

Extra Modes have been removed from the Casual Playlist tab

Ranked Extra Modes will not have leaderboards for Season 9

The post-match XP screen has been shortened and can now be skipped, bringing you right to the End Match screen and lobby

Weekly Win Bonus has been changed from a multiplier to a flat amount of 2,500 XP per eligible win

Discord button has been added to the News Panel

Clicking this button will minimize Rocket League and take you to discord.gg/rocketleague, where you can join the official Rocket League Discord server

Details window now appears in trades with only one item

Older Replays recorded on Farmstead no longer crash the client

‘Best of the Bunch,’ ‘Squad Goals,’ ‘New Challenger’ and ‘Together is Better’ Achievements/Trophies now work as intended

Club invites no longer block a player’s view while trading

Checking the ‘Friends Only’ League Rankings now shows all friends

During a trade, selecting, removing and re-selecting an item from an inventory stack may cause the check mark to disappear

[Steam] ‘People Person’ Achievement/Trophy may not unlock for some players