Everyone knows Brawlhalla, at least heard about it. It is a free-to-play 2D fighting game developed by Blue Mammoth Games. We have good news for the game’s fans. Today, Ubisoft announced a new legend for the game. A sellsword joins Brawlhalla as 50th Legend: Jaeyun.

Jaeyun travelled the seas of the Old Kingdom with his companion Imugi, a dragon turtle. It is said that he is so rich that he has gold beyond counting. At least he had those before he lost them to gambling. He got a job for protecting the king from the shadow ninja Jiro.

After he has done his job, he earned ten thousand rubies and a huge magic sword. Of course, he has done other jobs in his life. The most famous job he accomplished is his epic five-year quest to help Imugi become a true dragon. And his least famous one is losing an eye while trying to save a cat out of a tree. For 7200 Gold, players can have sellsword Jaeyun. And he will also have three different skins: Death Jester, Hanbok and Gilded Glory Jaeyun. With his greatsword and sword, Jaeyun has his signature attacks. 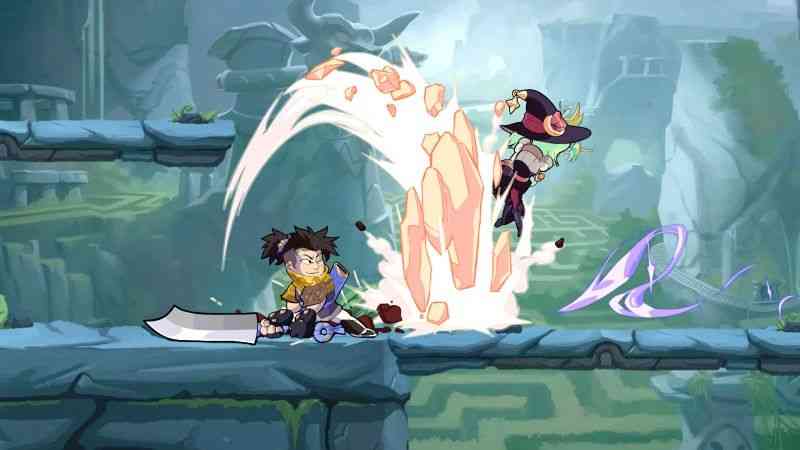 In Brawlhalla, the goal is to knock the opponent off the stage, similar to Super Smash Bros. You can do this by damaging your opponent repeatedly. When the opponent knocked out of the stage, it will lose one life. Either the last player standing or the player with the most points wins the match.

You can watch the Jaeyun Announcement Trailer below. Stay tuned, enjoy. Dead By Daylight is coming to Nintendo Switch