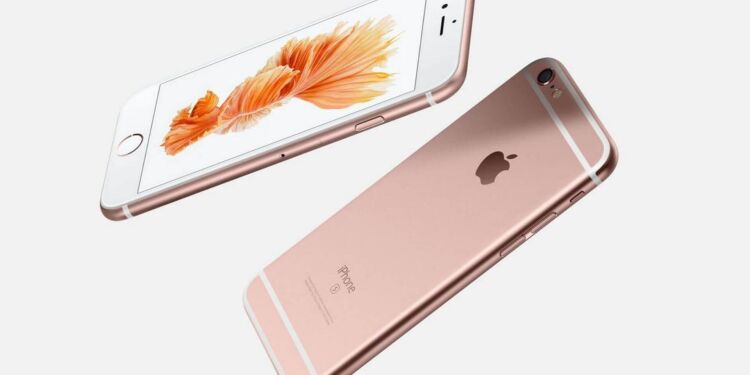 Apple iPhone 6s is still an affordable and usable mobile phone. But, Should I Buy iPhone 6s in 2020? Let's check it out in our article.

iPhone 6 released in 2015, also it sold more than 77 million. It is a big success, to be honest. And after five years, people are still using it. Or they want to buy it. But is it worth buying? Should I buy the iPhone 6s in 2020?

First of all, even after five years, iPhone 6s still looks excellent. When you look at it, you feel that premium vibe. But we all know about the prices of iPhones. They are expensive. So if you want to have an iPhone and don’t want to harm your financial status, iPhone 6s would be an excellent choice. The phone has a 4.7 inches IPS LCD capacitive touchscreen. iPhone 6s has some excellent specs also. Like 3d Touch and Live Photos. We will talk about the details in our article. And we will try to answer “Should I Buy iPhone 6s in 2020?”

We know that there are lots of better phones than the iPhone 6s. So for better results, we compared it with its older brother iPhone 6.

The look of the iPhone is nearly the same with its older brother iPhone 6. But it is a little heavier and has a little thicker frame. But other than these differences, it is nearly the same as iPhone 6. You can even use iPhone 6 protective covers for your iPhone 6s. The only difference with the iPhone 6 is the “s” logo behind the phone. But if you were using iPhone 5 and decided to use iPhone 6, you will feel the difference. iPhone 6 has a metal body, and the buttons won’t budge.

iPhone 6s has a 7000 series aluminium body. Because, as we all know, iPhone 6 has a “bending” problem. Lots of users complained that their phones bent without any reason. Apple didn’t accept this openly, but they took a step about this problem. So, to prevent “bending”, Apple decided to use a different and stronger material. But of course, this is not an “innovation”. This is a “must” for all mobile phones.

6s uses the same screen with the iPhone 6; it has a 720p resolution. There are cheaper phones with 1080p resolution, so it is hard to say something about the screen of iPhone 6s. But iPhone 6s has a clear, bright and vivid screen. So vivid that, when we take the phone in our hands first, we thought that there is a sticker on the screen.

It is right move using the same display panel. Because that means, the phone will use less power for the screen resolution, and the battery will last longer. But of course, there are minuses of this screen. In some point, the contrast is not enough, and the black areas seem grey. Other companies like Samsung uses OLED screens for their phones. So we can have “real” blacks on our phones. Apple uses OLED screens for its Apple Watches, so they have the technology. So at this point, we can ask why they didn’t use OLED screens for their iPhone 6s.

When we compared the screens, we could easily see the difference. 6s has a 326 PPI screen, and there are lots of phones that have 500 PPI screens with a clearer view. So we can say that iPhone 6s is behind about its screen. You don’t need to worry about this if you are not a geek. But companies improve their technologies so fast. So the iPhone is a little behind.

As we are used to, the iPhone used an excellent processor for their iPhone 6s. A9 processors were the top processors when the 6s is first out. So we can say that Apple used the best processor of that year. A9 comes with an improved M9 processor. Maybe you cannot feel the difference in regular use. But when you toggle between the application, you can see it is faster. A9 processors can still show good performance.

We already know this technology from MacBook Pro and Apple Watch. But the name is different. It is called Force Touch. But Apple integrated this technology in iPhone 6s under the name of 3D Touch. iPhone 6s is the first phone that uses 3D touch. It was a great improvement for iPhones. And we can easily say that this is the essential addition for iPhone 6s. 3D Touch brings 3rd dimension for your screen. We all use the screen by putting our finger and sliding around. With 3D Touch, we can press on the screen.

3D Touch is more sensitive than Force Touch. 3D Touch works using capacitive sensors integrated into the display. So what is 3D Touch? Let’s explain it with an example. Let’s think that you want to take a selfie with your iPhone 6s. You usually need to run the camera application. But with 3D Touch, you don’t need this. With a small press on the camera icon on the screen, you will get the selfie option. Then ta daaaaa. You can take your selfie.

We can easily say that the technology is excellent. But it’s not so famous, unfortunately. Apple is not using it anymore. Instead, they are using Haptic Touch in their newer phones.

We can say that the camera of iPhone 6s is nearly the same as the iPhone 6. There are only a few tweaks. One of the new features is Live Photos. Live Photos provides users to record 1,5 secs of the video after and before the photo was taken. This new mod doesn’t slow down the phone or camera application. So you can keep that turned on.

To use the Live Photos, all you need to press on the photo you took, and your shot goes live. But you need to take your photos professionally to have good results with Live Photos. So we suggest you to use a tripod to take Live Photos. Otherwise, if you move your camera even a bit, the result will be blurry. There is a 12 megapixels camera on iPhone 6s. But when we compared the photos, we couldn’t see much difference between iPhone 6 and 6s. We observed that iPhone 6s has a better performance in low light.

We can say that the iPhone 6s has average battery life. It has a 1.715mAh battery, and less capacity than the iPhone 6. We cannot say that you can use your phone for a whole day without charging. But you can always check which application uses much battery from the settings menu. And then you can turn that app off for longer battery life. Of course, there are other reasons for your battery to get low like application and software updates or screen brightness. You can get more battery life by lowering your screen brightness or turning off auto-updates.

If you are searching for an affordable iPhone to use, we can easily say that you can choose the iPhone 6s. The five-year-old phone still getting updates from Apple and working stable. You can use all applications in the Apple Store without any problem. But we should also say that Apple might stop updating iPhone 6s soon. But even if they stop updating it, you can still use your applications. And there are some other options like iPhone SE or refurbished iPhone 7. So if you have an iPhone 6s, you can still use it without any problems till 2021. But if you need an affordable iPhone, we suggest you check the price difference between 6s and newer iPhones. Then you can make your decision.

We hope that our article helps to answer your “Should I Buy iPhone 6s in 2020?” question. If you have more budget to spend, you can look for an Android phone which released in 2018, like Huawei Mate 20 Pro.