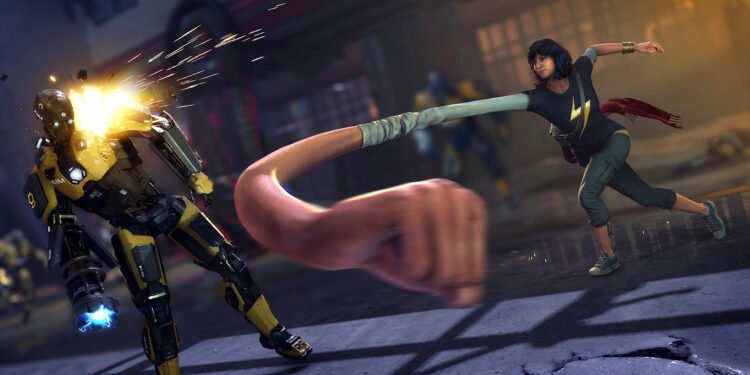 Square Enix has reported millions in losses due to the sales of their superhero game Marvel’s Avengers. The company’s game division has announced a loss of more than $48 million. Square Enix Marvels Avengers was Square Enix’s second-biggest digital launch ever. Only trailing Final Fantasy 7 Remake in terms of sales. Yet, it started losing players, especially on some less popular platforms. People who have paid for the game on PC almost immediately found themselves having matchmaking issues. Those waiting for next-gen also got some bad news. Square Enix announced that the PlayStation 5 and Xbox Series X versions of the game were delayed into 2021.

Considering bad news surrounding the game after launch, it’s no surprise that Marvel’s Avengers was a drag on publisher Square Enix’s financials. According to the stats reported in their recent Financial Results, Square Enix Marvels Avengers have sold around three million units. It sounds like a lot. But it is nowhere near enough to cover the almost $200 million budget the publisher spent on the would-be blockbuster.

Marvel’s Avengers is not the Only Reason

This low sales figure ended up with the way for a huge loss in the HD Games division of the company. Square Enix did not specify Marvel’s Avengers as the reason for this loss. Profits were up overall in the report and sales figures for other games in the sector have trended upward.

“It looks like the total cost of the game is closer to $170m-$190m given they only expenses 70% of the cost in the [quarter] plus marketing costs, “Japanese-based industry analyst David Gibson said. “Why someone didn’t say stop post the multiplayer beta will remain a mystery. Square are adamant they can make a recovery…”