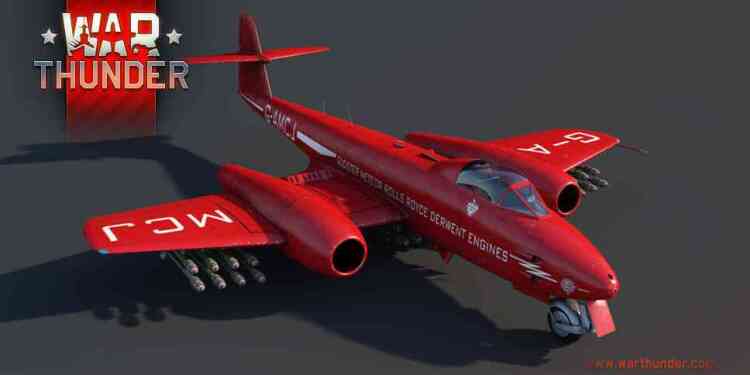 Supersonic Rank VI aircraft: The in-game nations USA, Great Britain and USSR will be the first nations to feature new Rank VI aircraft. Among those is the first mass-produced supersonic jet, the F-100 Super Sabre, which will be available for the U.S. Air Force in the F-100D modification. Royal Air Force pilots will get their hands on the two-engine Gloster Javelin F.A.W. Mk.9, while the USSR will receive the MiG-19PT, the fastest of the three.

The new aircraft can reach a maximum speed of 1200 to 1450 km/h (745 to 900 mph), enabling them to quickly gain altitude to easily catch up with adversaries and take an advantageous position for an attack above the battlefield. At the same time, the high speeds will require pilots to react quickly and anticipate the actions of their enemies, as maneuvering at the speed of sound is by far not an easy task.

If a missile is fired at a player, an on-screen warning will let the target know about the incoming attack. In such a case the best course of action is to change the direction of flight direction immediately to evade the attack.

Additional Rank V aircraft: With the embrace of a new supersonic era of combat aviation in War Thunder, several new Premium aircraft will be made available on Rank V for the respective nations. Among the aircraft that will help to quickly unlock the latest supersonic aircraft will be the Soviet MiG-15bis ISh, the American F-86F-35 Saber and the British Meteor F Mk.8 Reaper. All aircraft will feature a large selection of rocket and bomb armaments, which will also provide new opportunities to combat high-ranking enemy tanks in combined arms battles.