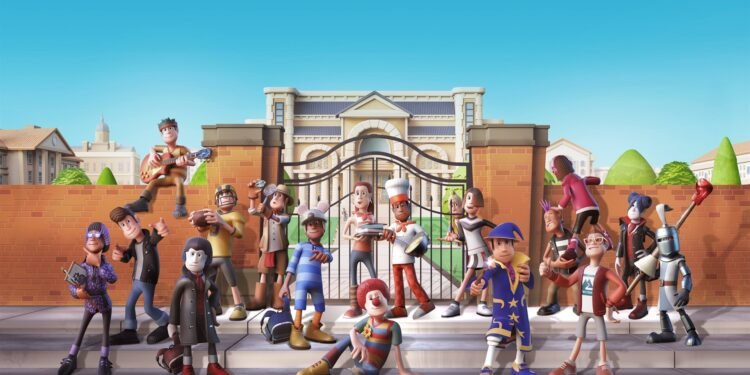 Was anybody expecting this?

We see some interesting leaks through Microsoft Store recently. The latest one is the Two Point Campus. The sequel of Two Point Hospital.

It’s been a long time since we didn’t see a game from Two Point Studios. Their latest entry was Two Point Hospital as we mentioned before. And it was also really successful. Many were waiting for another game from the studio. And right now, thanks to Microsoft Store, we learn that Two Point Campus is on the way. In Two Point Hospital, the players’ task was to create and manage a hospital. With Two Point Campus, that is going to change to managing a University.

When we take a look at the Microsoft Store, we can see that the page of the game is still active. However, we cannot purchase it. You can only access the game by redeeming a code. Which is hard as that is most probably an option for the developers. Take a look at the description of Two Point Campus below:

Build your university, your way!

It’s time to spin academia on its head! Got a yearning for learning? Or just keen to build an educational masterpiece? Campus is jam-packed with new creative tools to help you build the university of your dreams.

For the first time, build in the great outdoors as you develop your own delightfully educational campus environment, housing the top teaching facilities in the land. Whether you prefer building on simple foundations, or placing every tree, you can build the university you want.

Lay down pathways with new easy-to-use tools. Plant glorious collections of outdoor flora. Place benches, fountains, sculptures, hedgerows – even picket fences. The only limit is your imagination (and your in-game bank balance).

Not the usual fare

But, of course, it wouldn’t be a Two Point game without a twist.

Rather than typical academic fare, students in Two Point County enjoy a range of wild and wonderful courses: from Knight School (hey, we all have to learn jousting at some point in our lives), to the salivatory Gastronomy, where your students will build mouth-watering concoctions like giant pizzas and enormous pies.

The academic year… is here!

Take advantage of the opportunity to spend way more time with the little people in your university. The academic year begins with a summer break, giving you enough time to get everything looking great before your students move in.

Build libraries, hire the best staff (from eccentric professors to madcap researchers), kit your campus out with the best courses and watch the academic potential of your students get unlocked!

But it’s not just work hard. Get to know your students, explore their individual personalities, wants and needs. Keep them happy with clubs, societies, gigs.

Surround them with friends, help them develop relationships, furnish them with pastoral care and ensure they have the right amount of joie de vivre to develop into incredible individuals who will do the legacy of your university proud.

Two Point Campus doesn’t have a release date yet. However, if you would like to know the mechanics of the game, Two Point Hospital is available on Xbox Game Pass and can be played on the Xbox One, PC, PS4, and Nintendo Switch. It’s been a while since we have seen another game of the franchise. The first game did receive well criticism when it first came out. Managing a University on Two Point Campus would be definitely something that sim genre enjoyers would want to try out. Maybe we will see the full reveal on the upcoming E3? We will have to wait and see.