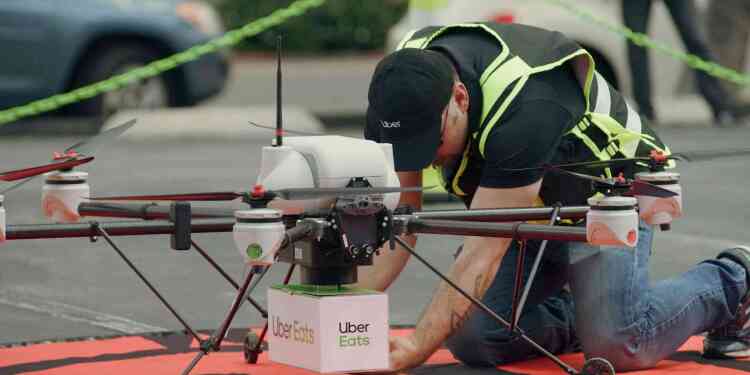 Uber Eats announces its first deliveries of food with drones

Uber is in full swing of ads. The last one has to do with its food delivery division, Uber Eats. As announced by the company, the novelty will be that instead of employing the famous bike dealers, they would be using drones.

Under the technology of Uber Elevate, the same one that is being used for the creation of drones in charge of passenger transport, the intention is to start operating in San Diego throughout this same summer after the tests.

Tests in which they have allied with McDonald’s. With the permission of the Federal Aviation Administration, which granted 10 cities to test the drone delivery technology. Through the Elevate Cloud System, the airspace of the cities will be managed to coordinate the flights of all operational drones.

By reducing delivery times from 17 to less than 7 minutes, the system proposed by the company will make use of its own network of Uber drivers and their cars. The drones will land in the vehicles parked near the places of delivery and the drivers themselves will make the delivery.

The times of expansion for this new technological business model are not entirely clear. It should be noted that the Uber system in the United States runs a very different route than the one of Europe, where regulatory systems have stricter control measures by government agencies; as well as a smaller volume of vehicles circulating in the streets. Likewise, they do not clarify what will be the compensation to the drivers for their new task as a rider.

The novelties, presented at the Uber Elevate Summit, were not precluded for the food delivery department; the scooters have also received some attention. Jump, electric scooters of the company, will have a new model of electric scooters. They will have a greater base, better brakes and will be more robust, improving the performance of the old models criticized for being short-lived. They also announced that they will have more durable and interchangeable batteries with the bike service, which will eliminate duplications in the service.

The new model will begin to be distributed in the United States in the upcoming weeks and will arrive in Europe later this summer.