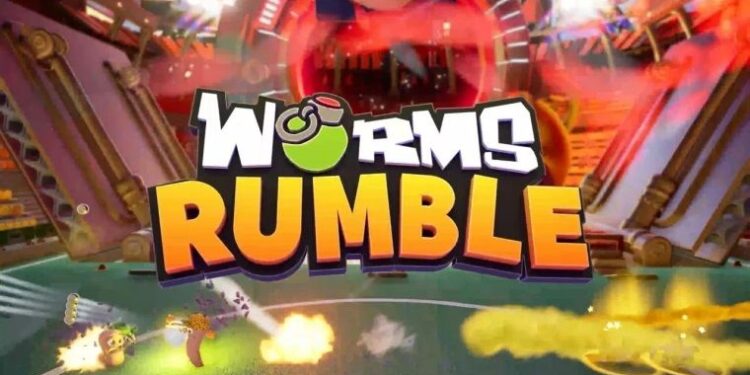 The open beta of Worms Rumble, the action strategy game developed and to be published by Team17, has begun. Details are in our news.

The open beta of Worms Rumble, the action strategy game developed and published by Team17, has begun. The beta opened for PlayStation 4 and PC platforms will continue until 11:00 on Monday, November 9. You can download the prominent game with 32 player Battle Royale and Deathmatch modes. Furthermore, cross-platform support on PlayStation Store and Steam platforms. In addition, the game has cross-play support. Thus, PlayStation 4 and PlayStation 5 users will be able to play the game with PC owners.

The open beta of Worms Rumble, the action strategy game developed and published by Team17, has begun. The beta opened for PlayStation 4 and PC platforms will continue until 11:00 on Monday, November 9. Worms Rumble; Real-time, 32-player cross-platform collisions are a Worms experience you’ve never played. The game, which will release for PlayStation 4, PlayStation 5, and PC platforms, stands out with its real-time combat system and cross-platform support. The game said to be an exciting, real-time, arena-based 32-player Worms game with cross-platform combat that you have never played before.

Deathmatch and Last Remaining Worm single and team battle royale modes will be available at the launch of the game. In addition, you will participate in seasonal and community events and daily challenges for experience points and game rewards, and experience new mechanics and weapons in the lab. New and experimental game modes will add to the game in the future, along with new and fun playing options every week.

Worms Rumble, the action game in the RTS genre, will release on December 1, 2020, for PlayStation 4, PlayStation 5, and PC platforms. Finally, you can take a look at the video of the game’s battle royale mode and a new arena.